5 New Things You Should Know at Dior Spring 2017 RTW

5 New Things You Should Know at Dior Spring 2017 RTW. From feminism and clothes that pay homage to Dior predecessors, here’s what went down at the show.

Following her departure from Valentino last season, Maria Grazia Chiuri made her much-anticipated debut at Christian Dior last week at Paris Fashion Week. As the the first woman to head up the house, she was keen to emphasise continuity, and her respect for all the men who have come before, from Dior himself to Raf Simons. It was a big moment for Chiuri, and she capitalized on it big time with a striking new look for Dior that was rooted in streetwear, fencing uniforms, and most visibly, feminism. Altogether is taking the chances Chiuri took in this collection, drawing on the young Dior Homme archive, her own signature from Valentino, and wrapping it all up in a message much more important than any fashion event could ever be. Here’s what went down at Dior Spring 2017 show.

1. It was staged at The Musée Rodin

This season, the show was held at the Musée Rodin, the museum dedicated to the works of the legendary French sculptor. Compared to Raf Simons’ debut Dior show, which saw nearly a million flowers pinned to the walls, the setting for Chiuri’s first outing was quite humble: a simple wooden catwalk for the models and benches for the guests. 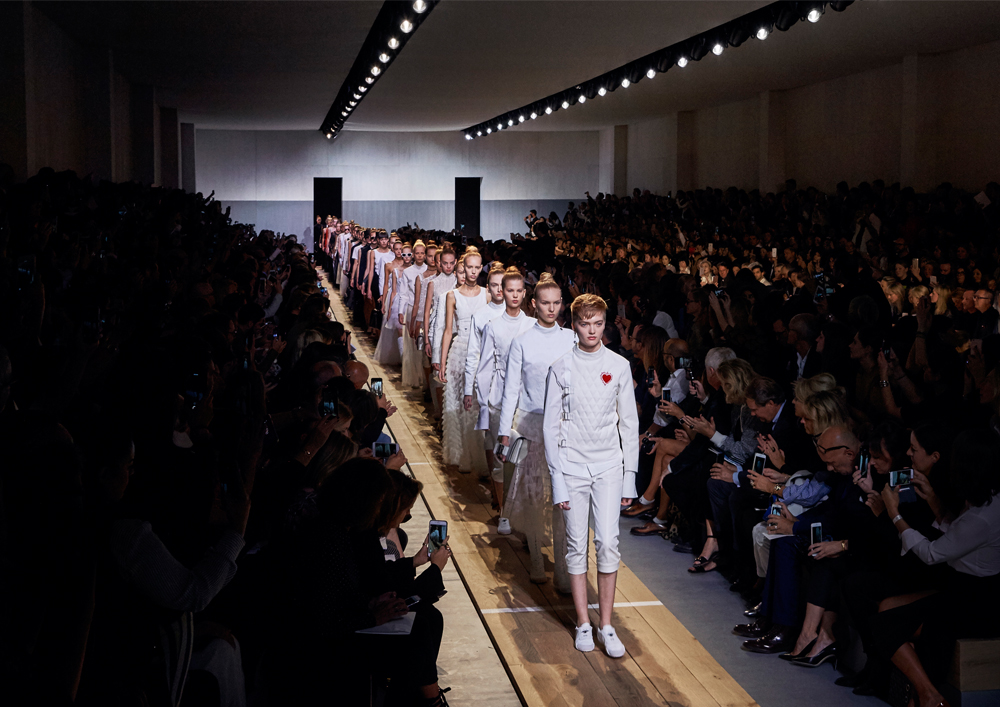 The first thing Maria Grazia had decided on was to make her show – put together in just six weeks – as it ran the gamut from fencing-inspired, to introduce constant jousting throughout the show between the male and the female. Hence masculine padded jackets with narrow cropped trousers, contrasting with a taut jacket and fluffy tulle skirt. 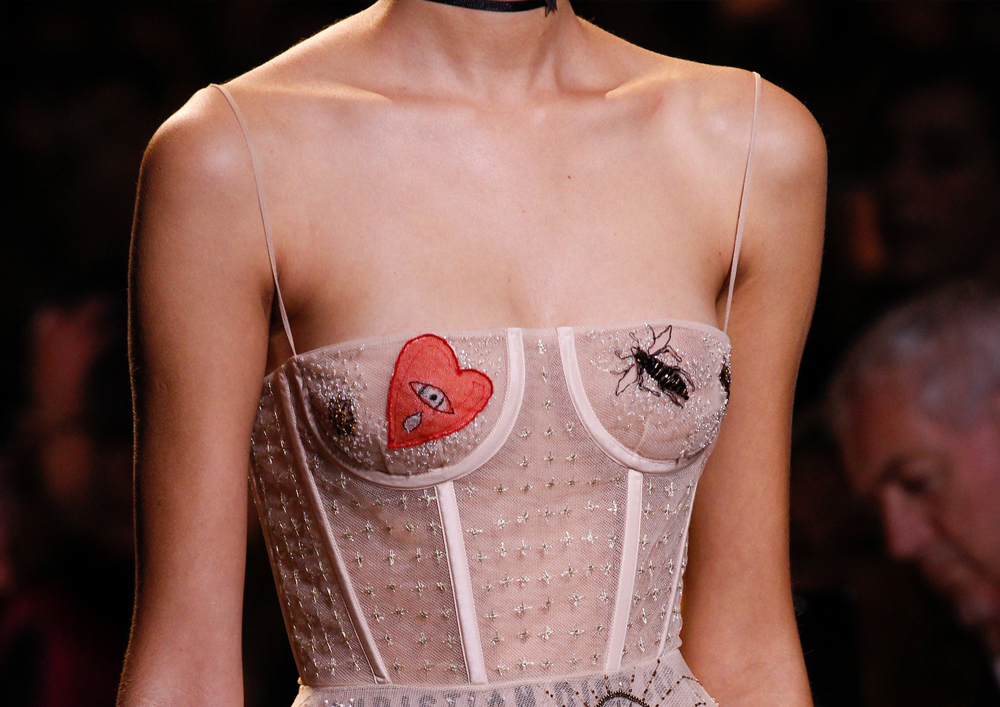 Maria Grazia Chiuri also paid homage to the Dior designers before her – the tailoring of Gianfranco Ferré, the amended “J’Adior” emblazoned shoes and a new take on Galliano’s Dior saddle bag – as if to properly induct herself into the house. The bee symbol holds the key to another aspect of Chiuri’s approach. Hedi Slimane used the bee as a motif while he was at Dior Homme. “I am like a creator of the Dior brand so I decided to chose all the elements that these incredible designers did at Dior and I used it in a very free way,” said Maria Grazia to Suzy Menkes.

4. The Feminity and Romance 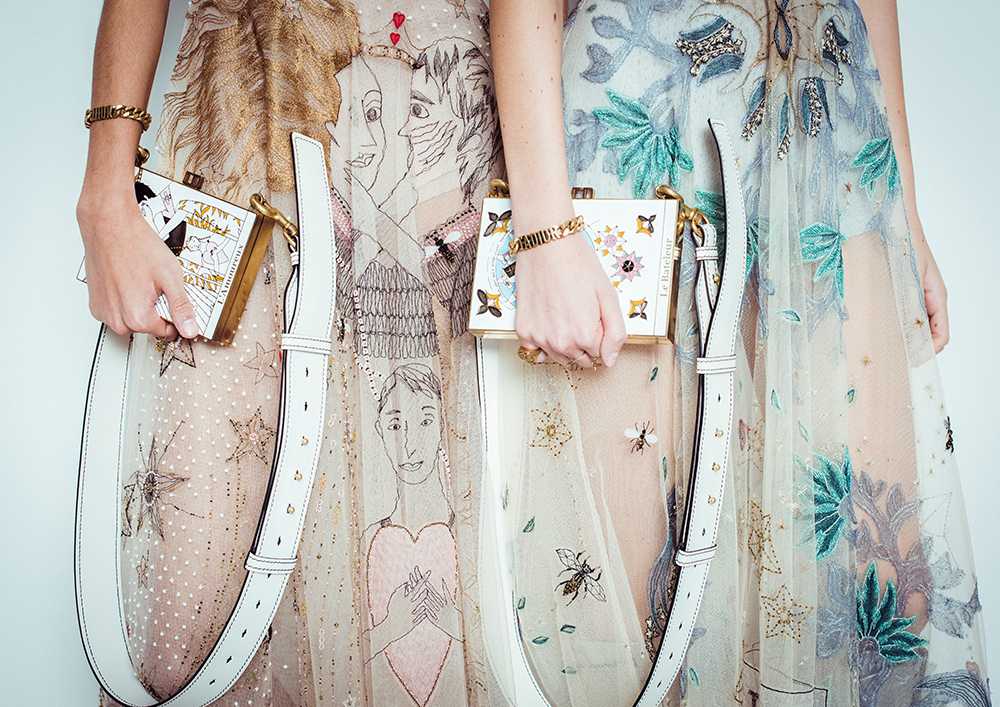 Elsewhere, the collection linked to her work at Valentino, to the gossamer princess gowns that used to steal your breath away. Chiuri demonstrated the femininity, romance and craftsmanship that clearly making use of the highly skilled petitesmains of Dior’s historic ateliers, the designer sent out gowns made from chiffon that was pleated, tiered or intricately embroidered with hearts, flowers and leaves.

If you were hoping to see some of the Insta girls at this show, you’d have been sorely disappointed – the cast mainly consisted of editorial models. After Bell opened the show, she was followed by her twin sister May, and longterm Dior muse Julia Nobis.