7 Best Moments of Academy Awards 2018. The award season has finally over, too bad! We were very excited when we saw the nominated films and people that mixes blockbusters with art house movies on the list since almost two months before the event.

Many had done their ballots and predictions everywhere on the internet, and it tremendously satisfying to finally saw who took the Oscars home!

We gather seven cool momentums of The Academy Awards 2018 just for you!

1. “Inclusion Riders” acceptance Speech by Frances McDormand
The Best Actress Winner, France McDormand in her role as the mother to a rape and murder victim on Three Billboards outside Ebbing, Missouri was empowering. She asked all female nominees to stand up and celebrate not just about feminism, but for all actors to involve in requesting or demanding to have inserted in their contracts requiring a certain diversity level to be put in the movie. A new age of Hollywood?

2. Emma Stone Roasts and Burns
Two times Academy Award’s winner, and a goofy actress, Emma Stone just had to throw the most epic line while she presented the nominee for Best Director as she repeated Natalie Portman on The Golden Globe 2018. She said “These four men and Greta Gerwig…” before the Oscar was given to Guillermo del Toro for The Shape of Water. FYI, this is the first time women are nominated after eight years! 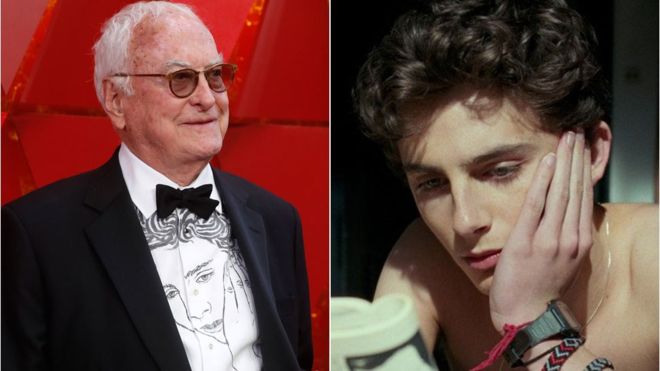 3. James Ivory Wore Timothée Chalamet’s Shirt
We just adored James Ivory and cannot stop congratulate him deeply due to his winning for the Best Writing Adapted Screenplay in Call Me By Your Name. On the event, he came and wore Elio’s face graphic on the white shirt inside his traditional tux. We just want to go back to the last scene (Dad’s monologue) of the movie and repeat? The best script there is! 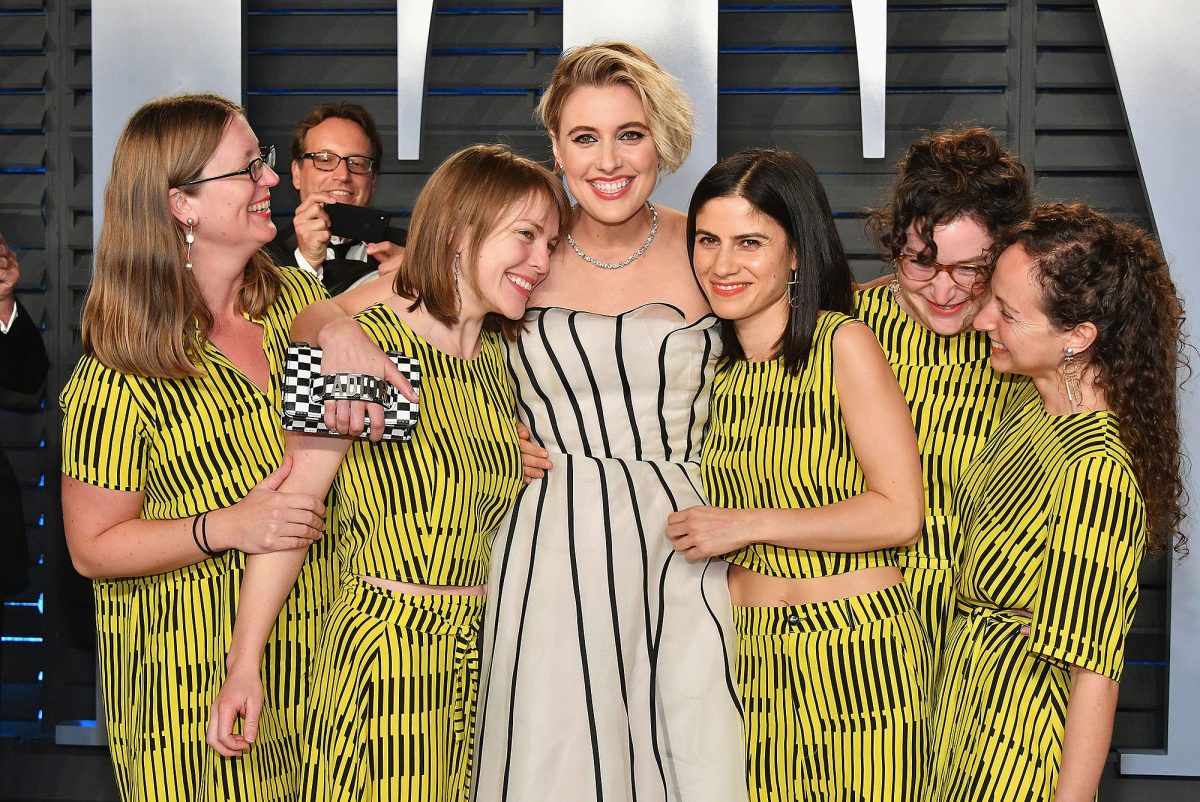 5. Queen Greta’s Squad
To support their best friend at the Oscars in her debut film Lady Bird, Greta Gerwig’s girlfriends’ coordinated matchy-matchy dresses to the Oscars’ after party while Greta wore 2018 Dior Couture dress. Designed by Ellen Van Dusen from the brand Dusen Dusen, these dresses were obviously the unofficial Greta Gerwig’s uniform, and it would definitely be on trend! Get it, girls! 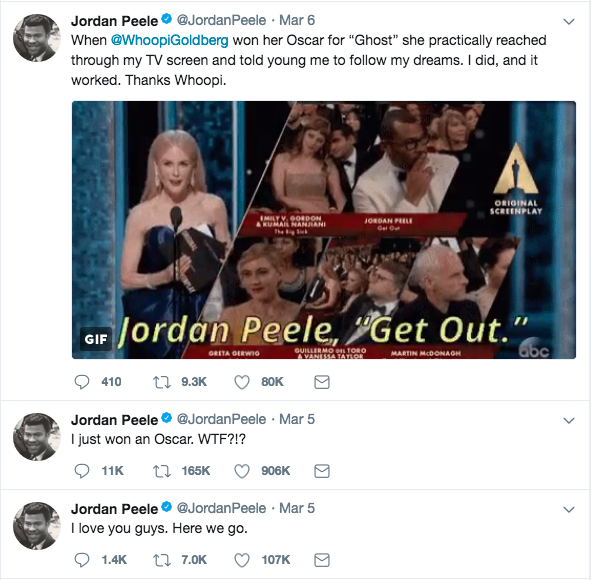 6. Jordan Peele FTW!
He just made a history as the first African-American director to win the Best Original Screenplay for his film Get Out. This was a great year for this 39-year-old that famous with the Comedy Central’s Key and Peele series.

7. The Shape of Water
The clip was one of the best scenes from the film, What more can we say?