Australian Psychedelic Rock Band POND to Make Jakarta Debut. Experience the intensity and rawness of the band as the show comes to support of their latest EP The Weather.

The Australian based psychedelic four-piece, Pond has returned with new album The Weather and sounded more psych pop than ever. Formed in 2008, after good friend Joseph Ryan, Nick Allbrook and Jay Watson hit upon the idea of an all inclusive, ego-free collaborative, the boys immediately recorded their debut album Psychedelic Mangowith a little help from good friend Kevin Parker of Tame Impala. Even after seven albums, the fun and excitement is still there, in a new and changing way Pond never fails to amaze us with variety of insane tunes, heavier songs and pure psych pieces. The Weather still has their core foundation of psych rock, Nicholas Allbrook’s high-pitched cry of anger, mind-boggling lyrics that needs several listens to understand, but overall gives them a polish and an upgrade into something new and improved. Kevin Parker no longer plays in the band but still served as the producer and it results in Pond’s most solid and unified release yet. The Weather continues the trend of all of Pond’s signatures, but has more pop synths and darker timbre. A little fun fact about the album is the title also refers to the sociopolitical climate leading up to its release in the spring of 2017. The band is also openly address these topics on the lyrics.

The Weather consists of 10 songs, full of trippy and shambolic tunes, sometimes otherworldly kind of sound, with a synth poppy-psychedelia. Sweep Me Off My Feet is the first single out of the album, the music video was absurd as it gets, featuring dozens of stock photo-ish scenes came to life as if trying to picture the absurdity of being alive in present day. 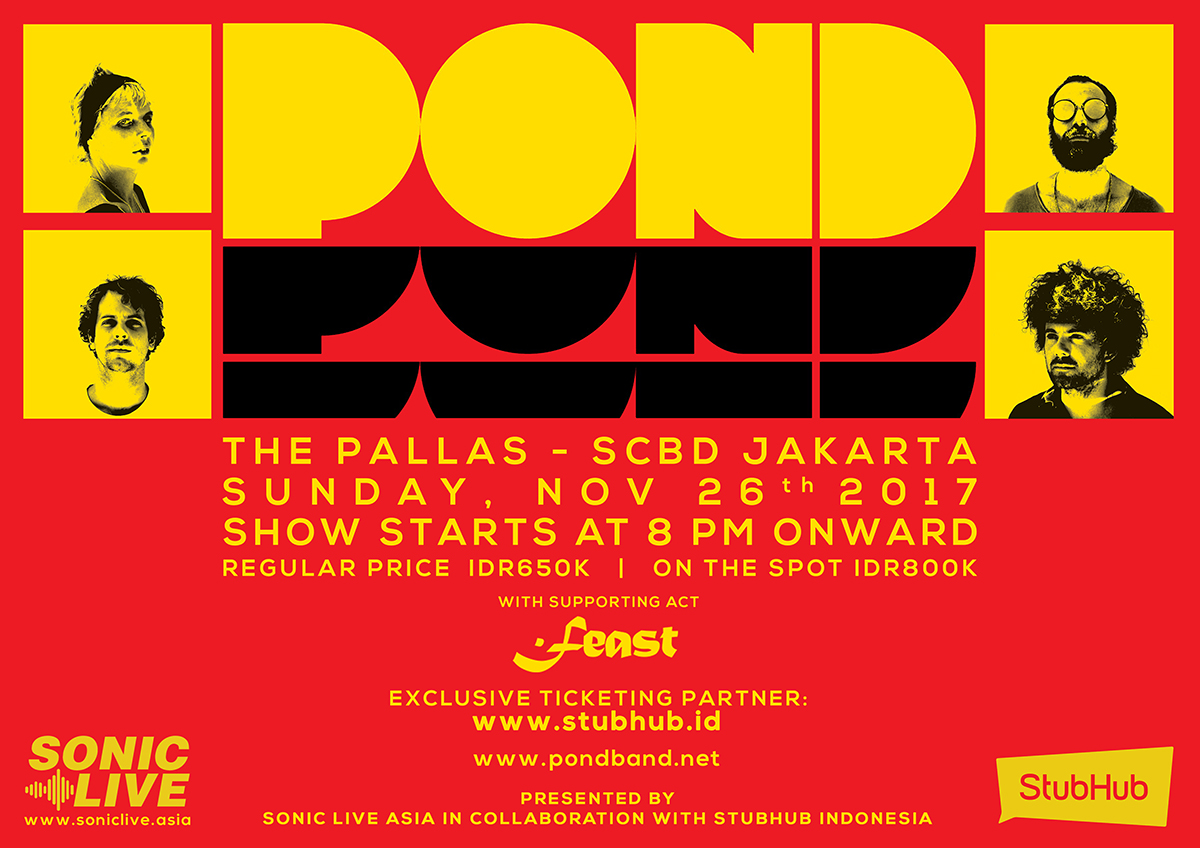 Experience the intensity and rawness of the band as Pond is schedule to rock Jakarta on 26 November 2017 at The Pallas, SCBD South Jakarta. The promoter Sonic Live Asia stated in a press release that this is the second time Nick Allbrook and Jay Watson had visited Jakarta, the first time is with Tame Impala, this time would be Pond’s debut performance in the city. You can purchase the ticket online here or you can get it at the door for the last minute purchase. For more info visit Sonic Live Asia website here. Do not miss it!