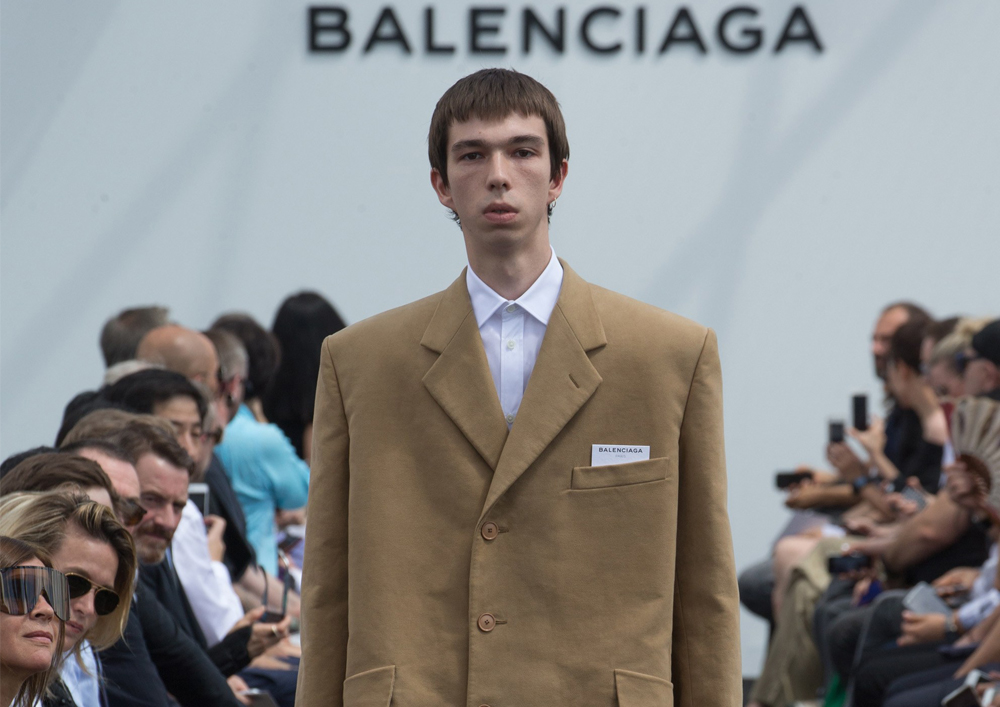 Balenciaga held its first ever men’s runway show yesterday in Paris. The collection, designed by Demna Gvasalia, was markedly define and assert new men’s silhouettes through tailoring. That much was obvious from the first look, Cristobal’s own coat, made by his own hands. He never finished it. So his latest heir decided it was his job to complete it—and sent it out first, as something of a symbolic gesture.

Like Cristóbal himself, Gvasalia is fascinated with the architecture of clothes. The designer continued to riff on the house’s founder’s architectural silhouettes, playing with their proportions – expanding them and shrinking them. Whereas Gvasalia’s first women’s collection for Balenciaga was about the curve, this men’s collection seemed to be about the straight line. Suit jackets were rigidly boxy, with extreme shoulders and linear silhouettes.

To be sure, Gvasalia’s commitment to tailoring — and extreme versions of it — puts the heritage brand back in a couture context, and won’t blur with Gvasalia’s streetwear-driven Vetements project. Look at the back of any of those bandage-tight Balenciaga coats and they’re perfectly fitted to the body, a tailoring master class.  Granted, all those coats were unusual to see for an ostensibly Spring show—especially as Gvasalia returned to traditional tailoring techniques of canvased interlinings. It gave the collection a weight—not only intellectual, but physical.

Just for the record, this may have been a debut and the brand’s first men’s runway outing in its 99-year history, and the looks are certainly exaggerated for the runway. But Balenciaga had moved on to something new and is so promising.