Breaking Away from the Comfort Zones at Disobedient Bodies 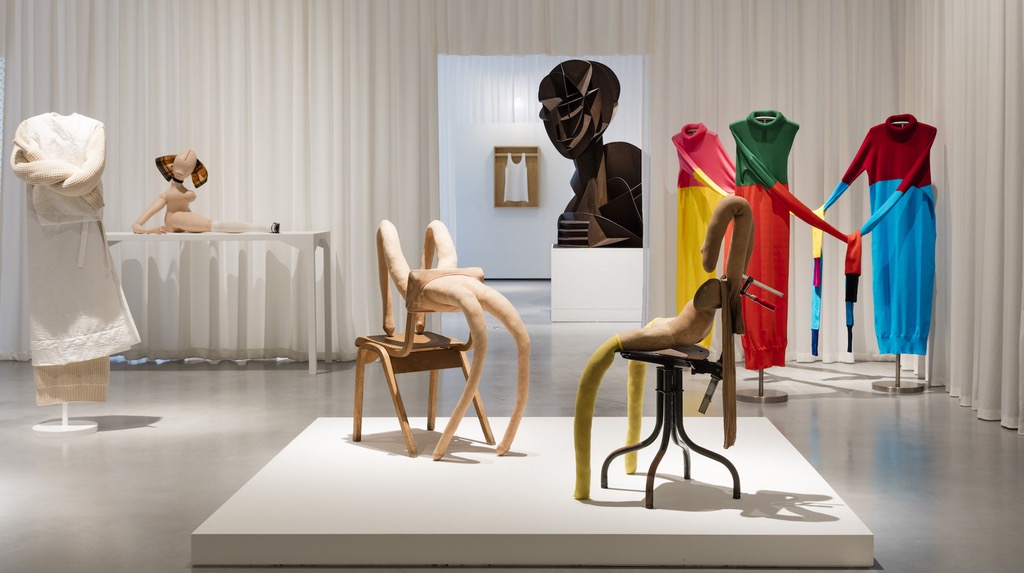 Breaking away from the comfort zones at Disobedient Bodies. Curated by  Jonathan Anderson, The exhibition takes viewers on a journey to discover and explore the creative process in various mediums.

Fashion designer Jonathan Anderson has shone another side from his fashion identity by opening his new exhibition in UK. The designer has collaborated with well-known The Hepworth Wakefield gallery in West Yorkshire to curate “Disobedient Bodies”. The exhibition takes viewers on a journey to discover and explore the creative process, challenges and boundaries that take place in various mediums not limited to fashion but also in art, design and forms.

The exhibition features more than 100 objects of art and design pieces ranging from conceptual fashion, figurative sculpture as well as ceramics, all arranged as part of the ideas revolving around art and fashion constructed by artists and designers alike. These include sculptures by Barbara Hepworth and Henry Moore, along with pieces of fashion textiles from Christian Dior, Jean Paul Gaultier, Comme des Garcons and Rei Kawakubo to name a few, where he intended placed them along with all the other pieces just to create a “direct dialogue”. Intermingling between fashion with distinctive designs and various forms of artwork is no new concept but for Anderson himself, the idea behind marrying these juxtaposing mediums into one single exhibition gives it a nice touch of intimacy and interplay between each of the forms’ own characters. In an interview, Anderson has mentioned that, “[I] want the exhibition to mirror the speed and unexpected encounters that characterize the way in which we consume images today as well as being a space in which to explore ideas of gender and identity that have been an ongoing part of my creative practice.”

Andrew Bonacina and Stephanie Macdonald of 6a Architects were involved in beautifully arranging the collection where the audience is taken into the rooms through a more visceral experience.

The designer known for his eponymous label, Jonathan Anderson looks forward to sparking conversations and inspiring others through his so-called experiential mood board where the audience journey through the creative through process and fecund imagination of the designer. (Text Beata Primana)