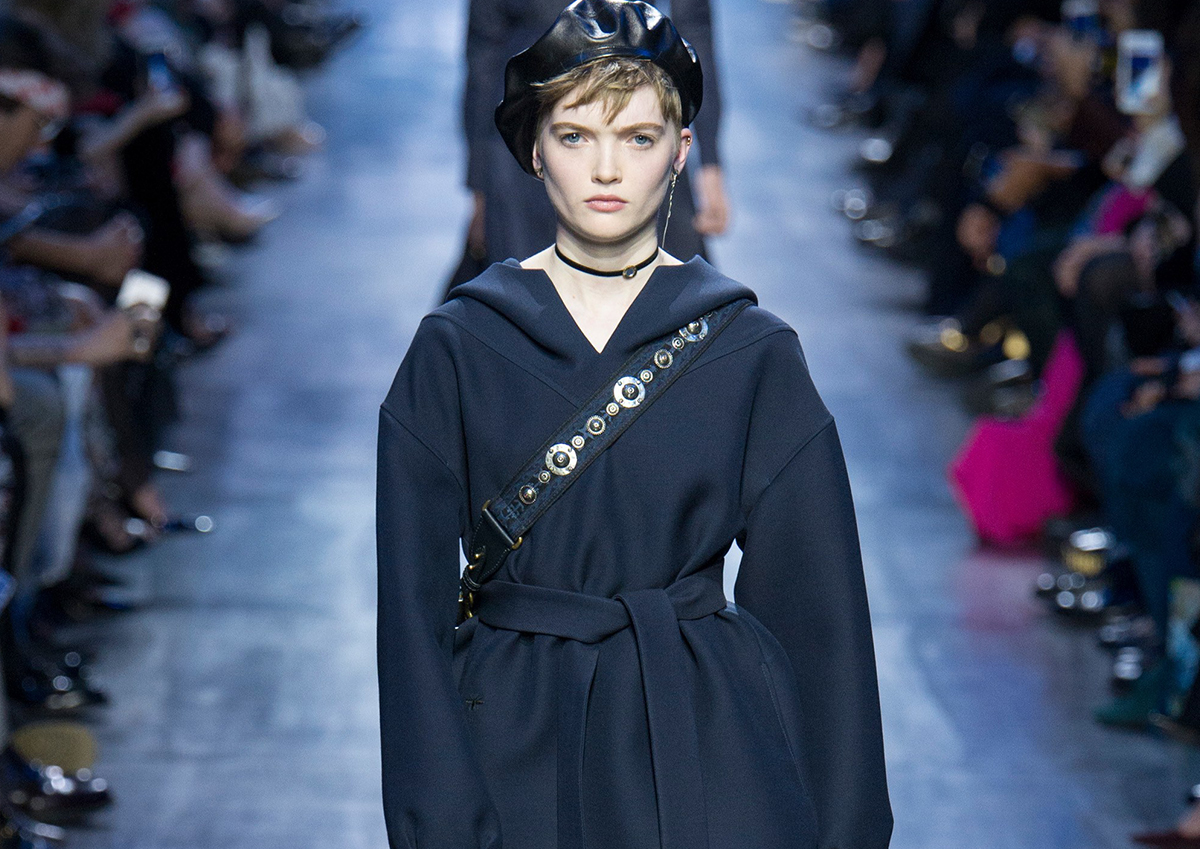 Maria Grazia Chiuri returns with her second ready-to-wear collection for Christian Dior Fall 2017 RTW with the idea of revolution top-of-mind.

Since her debut as creative director of Dior last season, Maria Grazia Chiuri has positioned her consumer as a powerful feminist force. The weeks leading up to her first show, the brand produced t-shirts that read “We Should All Be Feminists” and “Dio(R)evolution,” quickly became It items and carving out a new future not just for Dior, but for the women who wear it.

On  last Friday, Grazia Chiuri returned with her second ready-to-wear collection for the French fashion house with the idea of revolution top-of-mind. According to the show notes, Grazia Chiuri looked to blue because it is a “symbol of power, beauty, and spirituality [that] is employed for genderless outfits and to express differences. It is positioned between nature and culture as the color of the spirit, of contact with the infinite, in us and beyond. It initiates a link to the mystery of the moon, the comets and planets that explode on evening dresses of opulent velvet or on degrade tulle that blends into the blue-grey of embroidered lily flowers. Blue fascinates through its emotional resonance, but also its social quality. It encapsulates a real cross-section in terms of gender, age, and social class.”

Ruth Bell, now a Dior regular, once again opened the show, wearing a hooded blue jacket belted around the waist, navy cropped trousers, black court shoes, an embellished crossbody, and a black beret. Several pieces came in a blue buffalo check pattern, there were canvas jackets and jeans, too, and last season’s midi-skirts, one a shredded blue tulle, worn with a yummy cable knit fisherman sweater. There were also more elevated pieces, including delicately embroidered tulle ballet skirts, an idea Chiuri continued with from last season, and a midnight blue dress with dropped shoulders and lace sleeves. For the finale, all 68 models wore a the same hat – a universal symbol of protest and revolution, worn by armies and activists all over the world.

But nothing looked too fussy. What Chiuri succeeded in doing was finding common ground between casual and dressed up, humble and noble. It felt right for right now. These may have been designer clothes, but they looked like designer clothes that could fit into any woman’s wardrobe, whether she be Rihanna or the revolutionary next door.