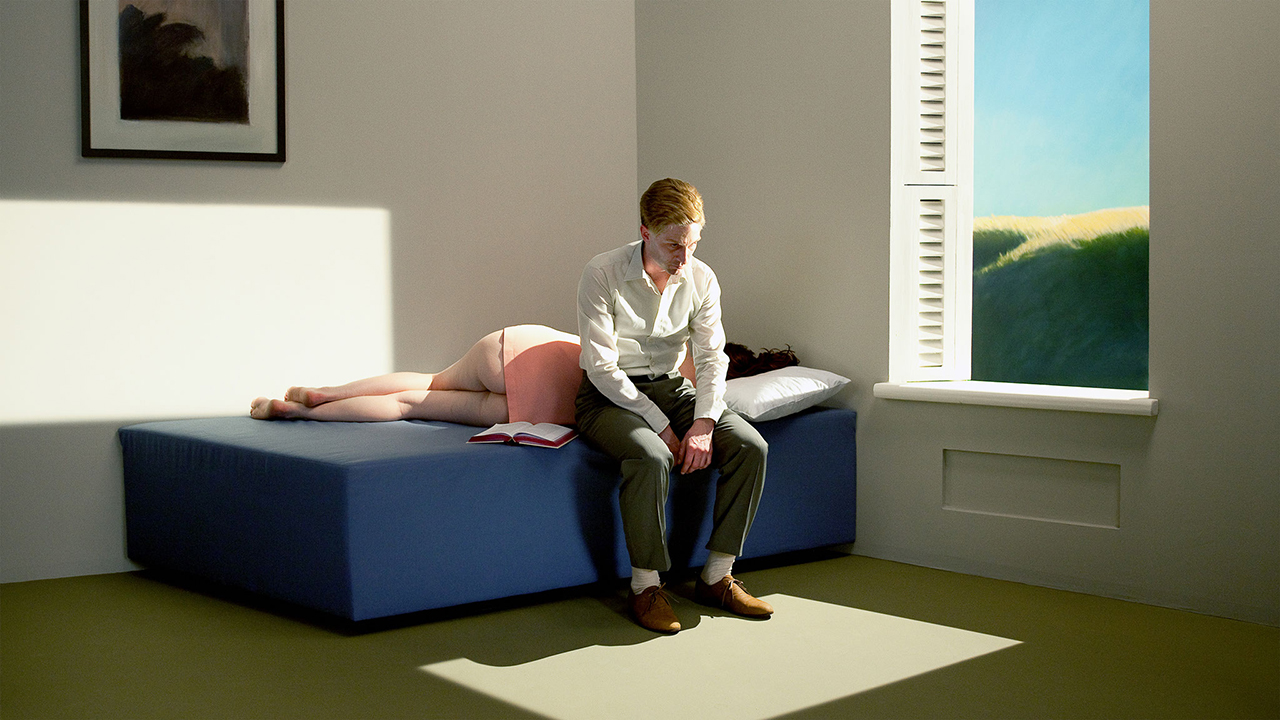 Editor’s Pick: Shirley: Visions of Reality. An exquisite example of interdisciplinary cinema based on the imagery in Edward Hopper’s iconic paintings.

Iconic American painter Edward Hopper is such a household god that oil-on-canvas. Many pieces of his masterpiece depicting a sun-drenched yet grimly nostalgic memento of midcentury modern America, portray solitary figures engaged in an act of reflection. Whether we see them deep in thought in the morning sun or swallowing whisky at a bar after dark, Hopper’s paintings conjure a sense of curiosity for his subjects’ past. This aura of mystery has influenced countless filmmakers before including Alfred Hitchcock, Jim Jarmusch, Martin Scorsese and Wim Wenders.

However three years ago, there’s one film which stands out as one of a kind, an exquisite example of interdisciplinary cinema based on the imagery in Hopper’s paintings. In Shirley, Visions of Reality, Austrian filmmaker, architect and experimental artist Gustav Deutsch scores a remarkable success in reproducing 13 of Hopper’s most famous oil paintings on film, setting off his own meticulous production design with the brilliant lighting by cinematographer Jerzy Palacz.

Deutsch’s Shirley is a film of such aesthetic beauty that one could be forgiven for dismissing its narrative entirely, in order to solely become immersed in this rich simulation of Hopper’s sparse, yet enrapturing oil paintings. Successfully imitating the sharp vivid lines and bold prominent colours of Hopper’s work, Deutsch and Palacz have managed to calibrate the distinct lighting and minimalist composition of the original paintings and fashion a world which seems entombed in history. Combine these lush visuals with a darkly ethereal score and you have a film that paints a dreamlike reverberation of recent history – echoing with an equal mix of hope and despondency.

Note: Shirley: Visions of Reality was first released in 2013, but the film is now back in the limelight thanks to a Hopper retrospective in Bologna which focuses on the artist’s influence on cinema.