Tesla CEO Elon Musk unveiled a new and unexpected revelation at the end of Tesla’s AI Day presentation, that is, his plan to unleash humanoid robots into the world. These robots, or as Musk called them, Tesla Bots, were inspired by Tesla cars’ autopilot feature and utilized the same AI system used by the company’s fleet of autonomous vehicles. “Tesla is arguably the world’s biggest robotics company, because our cars are semi-sentient robots on wheels,” Musk stated.

Internally, the Tesla Bot will be operated via Tesla’s Full Self-Driving computer, featuring the same eight-camera technology as on Tesla cars to sense its surroundings and will contain a screen to display information. Meanwhile, the exterior of the robot will be built from lightweight materials and is designed to be 5-foot-8-inch tall with a weight of around 125 pounds. 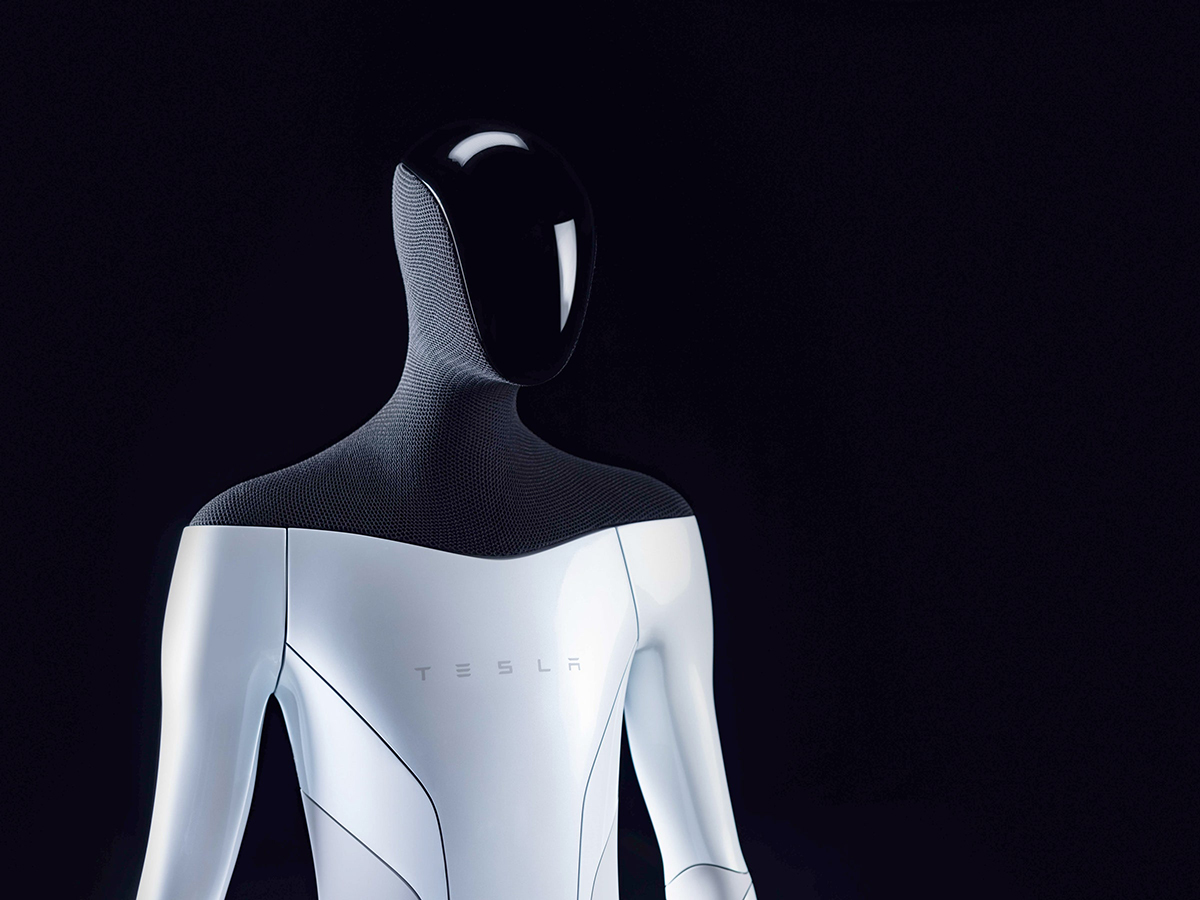 Although in the past, Musk has voiced his concerns on the use of Artificial Intelligence and the risks it might pose, once calling it “the biggest risk we face as a civilization”, he assured that humans could easily outrun and overpower the Tesla Bot. “It’s intended to be friendly. Buy one, and it can be your friend.” he joked.

The Tesla Bots are intended to navigate through a world built for humans by performing “boring, repetitive and dangerous” tasks without having to be given line-by-line instructions, with a few examples suggested being lifting heavy boxes and picking out groceries. 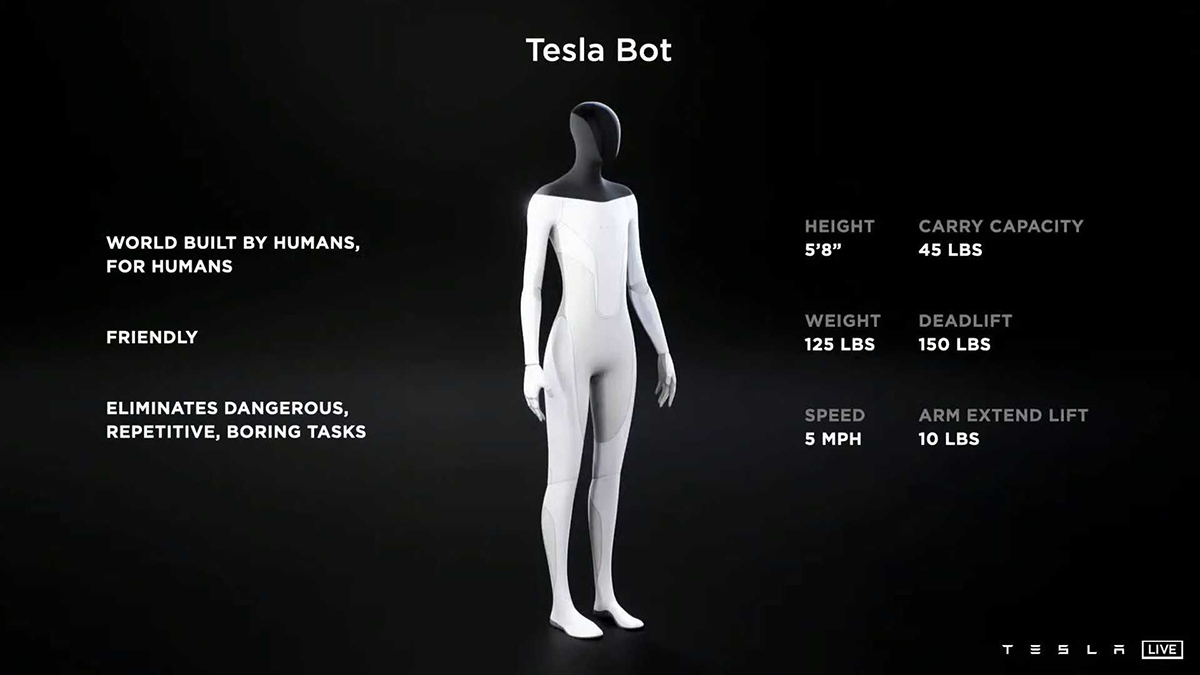 Musk believes that his idea is considered promising and envisions that his creations could change the future of work. “Essentially, in the future, physical work will be a choice. If you want to do it, you can, but you won’t need to do it.” he further explained. Musk closed off his presentation by announcing that the new Tesla Bot’s prototype could be launched as early as next year. (Text Sharrona Valezka)