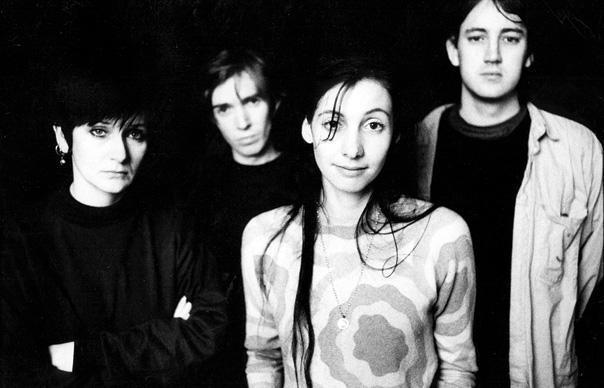 Thank God, it actually happened. They finally did it. After two decades from their second album, 1991’s Loveless, a beautiful but fading memory, the wait is finally over for My Bloody Valentine fans, and ‘m b v’ is everything they’ve been pinning for – and now swirling, shrieking for real.

For fans, the album’s surprise release is one of the most special things it has going for it; Writers, fans, casual listeners have all heard and experienced this release in the same period of time. The group’s last album, the 1991 landmark shoegaze opus Loveless, took about two years and a squadron of studio hands to piece together. The end result utterly reinvented a genre My Bloody Valentine had more or less invented in the first place, and has become a familiar sight on “best albums of all time” lists.

They have taken the precise toolkit of Loveless — layered Fender Jaguar guitars made woozy through pedals and tremolo, hushed androgynous vocals way down in the mix– and made another album with it, one that is stranger and darker and even harder to pin down. Where Loveless felt effortless, m b v strains, pushing at its boundaries with a sense of pensive gloom. If the guy spending all those years in the studio felt trapped by the experience, like the walls might be closing in and that he was dead if he didn’t finish, the music here reflects it. m b v is an album of density with very little air or light. But it doesn’t forgo the human touches that have made this band so special.

The nine-song m b v can be divided into thirds and the first three-song section, consisting of “She Found Now”, “Only Tomorrow”, and “Who Sees You”, finds Shields exploring the untapped textural possibilities of the guitar. On “Is This and Yes” MBV feature the singer/guitarist Bilinda Butcher voice and an unusual organ pattern that hangs in space at the end of the progression and never resolves itself; “New You” is the only track on the record that sounds even remotely like a single, and it shows that Shields’ melodic impulses have not left him.

“In Another Way”, another Butcher lead, begins to tilt the balance between noise and melodic beauty as the tempo increases, and by the following instrumental “Nothing Is” the mood has changed considerably. A track of heavy bass drums and pounding guitar, it feels militaristic and even a touch grim, with just faint glimmers of beauty inside the barrage. And then by the final “Wonder 2” the album has become something else.

Like its predecessor, m b v feels like an album in part about love, but it approaches the grandest of human emotions from an unusual angle. Strip away the two-decade ‘delay’ and it’s a perfect follow-up to Loveless. It’s an album that 22 years of speculation and analysis haven’t come close to matching the reality of. It sounds amazing, and represents an astounding return.