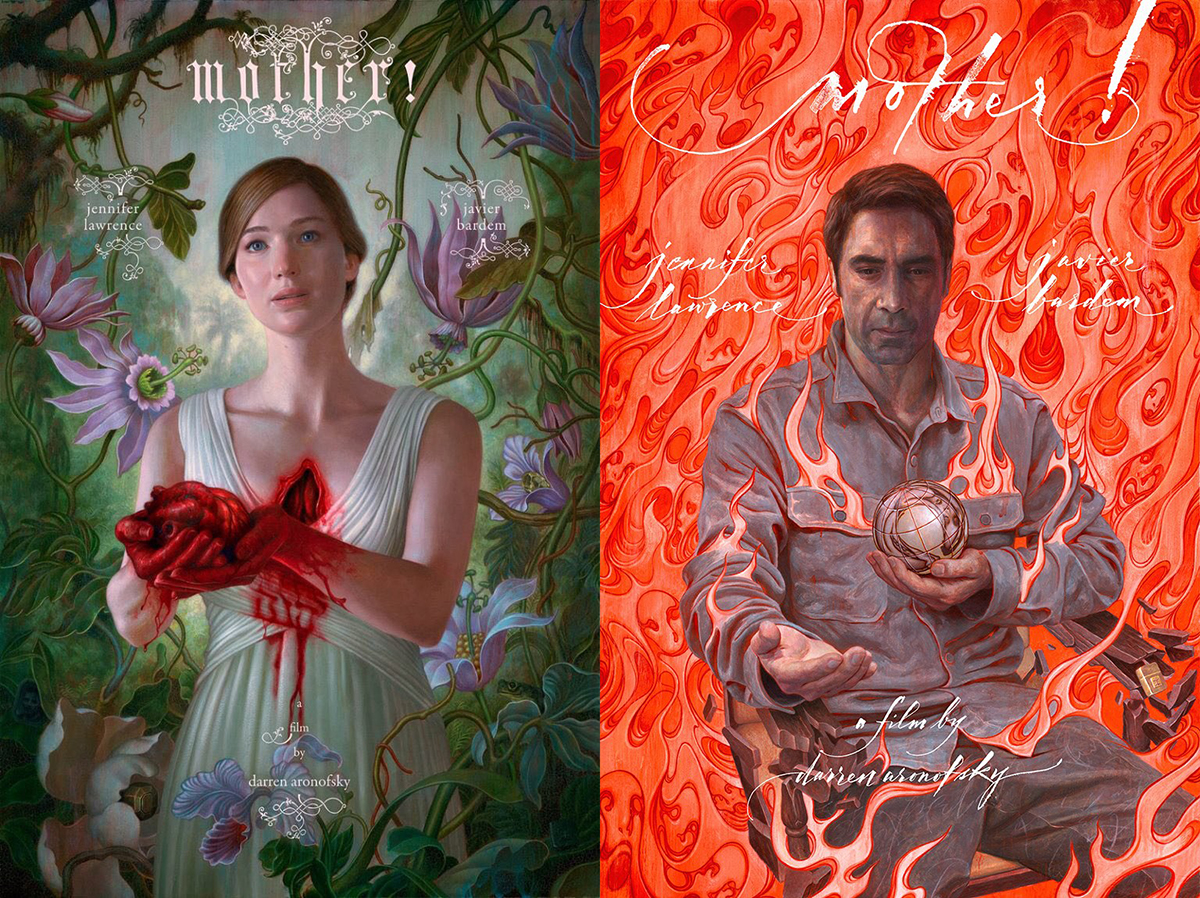 Darren Aronofsky is back with another insanely dark psychological thriller about love, devotion and sacrifice called Mother! Starring Jennifer Lawrence, Javier Bardem, Ed Harris and Michelle Pfeiffer. The trailer just dropped this week and it surely gives chill the hell out of us, we can hear Jennifer Lawrence screaming from top of her lungs throughout the trailer and in some interviews she stated that she was hyperventilated so much during filming that she dislocated her hips.

In typical Aronofsky fashion, Mother! seems to be about all terrifying mind tricks mixed with real horror (just like black swan, but better). The trailer opens with a glimpse life of a marriage couple played by Lawrence and Bardem who are trying to build a normal life in a beautiful countryside house, and out of nowhere got interrupted by a strange guests, also a couple played by Harris and Pfeiffer, then Lawrence quickly sensed the danger and started to unravel into a paranoia when she found the picture of her husband in the stranger bag, then things started to take a terrifying turn. The terror has started when she finally seeing “things”.

To complement this physiological thriller, Aronofsky also release a teaser posters recently to the fans. The posters shows a painting like Jennifer Lawrence, eerily staring into something that we are curious to know, while holing her own heart. She looks like being at a weird stage of consciousness and once you watch the trailer, you will notice the shape of the flowers will be appeared in many different ways throughout the house. On the other side, the poster featuring Javier Bardem is even stranger. He bathed in flames while holding a mirrored ball, while the flame itself creating a subtle look that shaped like a baby. There’s a lot of puzzle to solve and we just can’t wait to watch the movie. Mother! hits theaters on Sept. 15 this year, and while we are waiting, watch the trailer below: