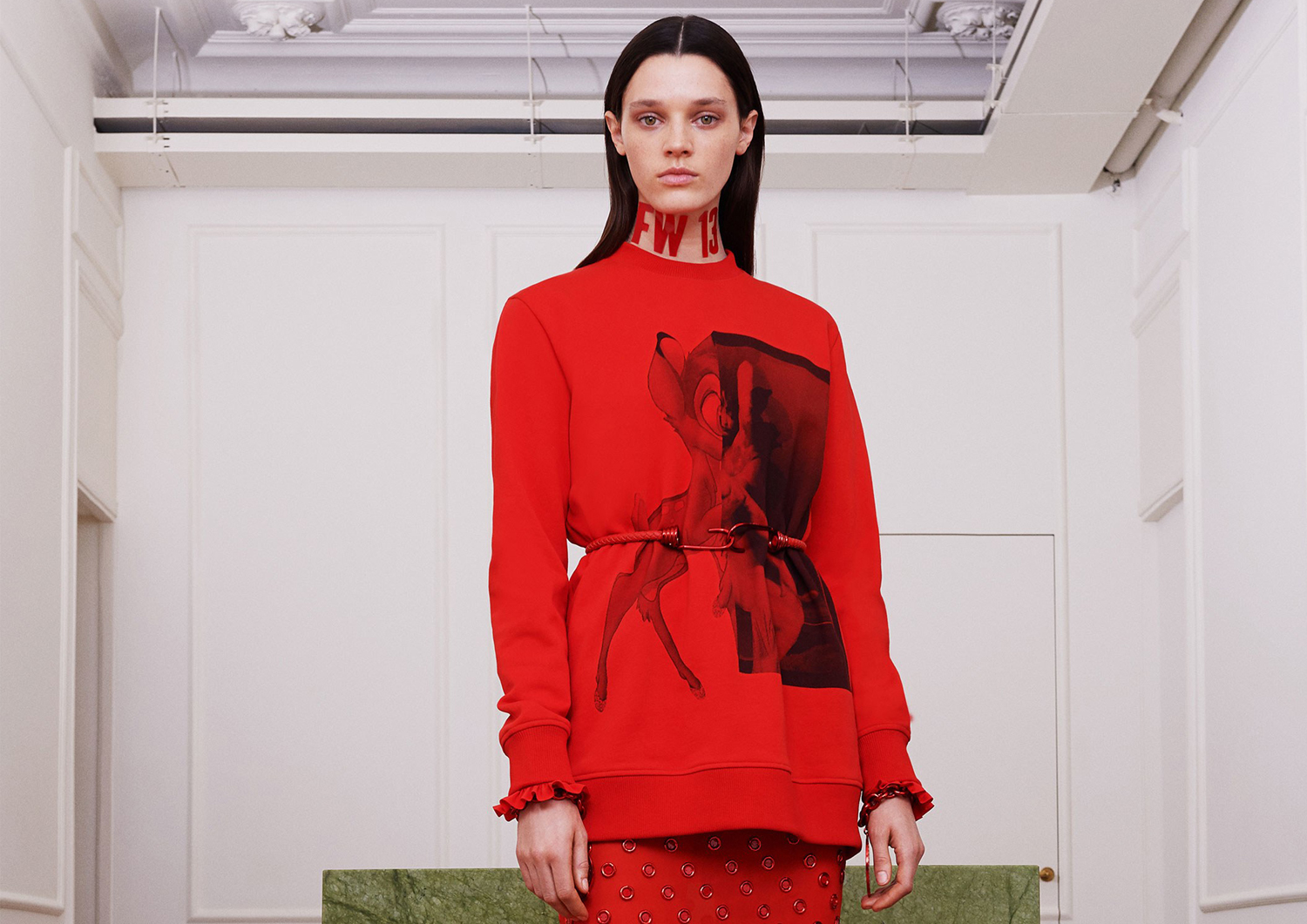 Givenchy Fall 2017 RTW. With a nostalgic runway that takes a trip down memory lane, the atelier pays full tribute to Tisci’s bodacious flare.

Givenchy couturier, Ricardo Tisci may have departed from his roles in the brand awhile back. But this year’s runway for Givenchy, particularly for the AW 2017 pays full tribute to Tisci’s bodacious flare. With a nostalgic runway that takes a trip down memory lane, models are donned in pieces and outfits that were once familiar in the previous seasons under Tisci’s wings. Instead of giving the collection new looks, the pieces are a refined version of his ten-year tenure, entirely smothered in a fiery shade of deep crimson red.

The collection is dominated by a myriad of pieces from across the seasons. Ranging from Fall 2008 to Spring 2016, the revamped version of pieces such as the Bambi sweater and tulle skirts from Fall 2013 made appearances in the collection. Other pieces that became a part of the tribute includes: languid slip dresses complete with accents of sequin embroidery alongside metallic and shiny-like fabrics. Other major textures highlighted in the collection are sheer tops, elongated and chunky double-breasted jackets, as well as the knee-high red leather boots as standout pieces.

As fashion enthusiasts and the public alike await his successor, the interim collection allows one to revel in Tisci’s signature style and voice that have yet left an indelible mark to Givenchy. The collection will be available in shades of black and nude for retail. (Text Beata Primana)