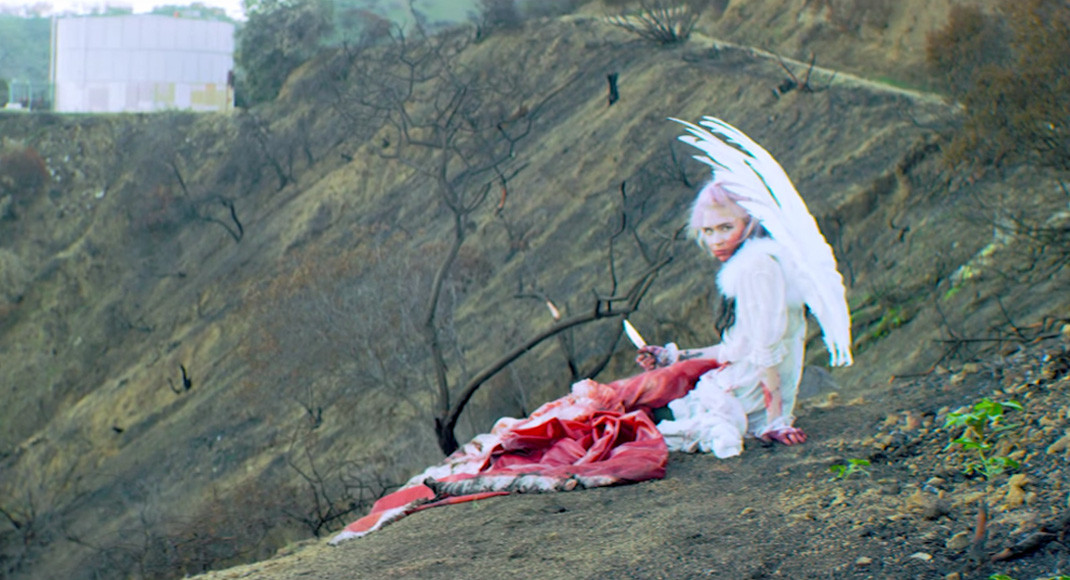 The multi instrumentalist, singer, producer, artist, and self proclaimed cyborg-princess, Claire Boucher aka Grimes, just drops her long awaited video from her upcoming LP Art Angels. Flesh Without Blood/Life in the Vivid Dream was written, directed, edited by Grimes herself (and filmed by her brother, Mac Boucher). The seven minutes of trippy goodness video is divided by two parts and we are lucky enough to see her weird moves, indescribable different personalities and epic wardrobe changes from a purple haired Marie Antoinette, a winged cowgirl to an angel who got stabbed in the guts that giving us a full Daenerys Targaryen vibes.

While we know that inspiration can come from anywhere, Grimes explains that she’s currently inspired by ‘Bro-Art’ like Billy Joel, Bruce Springsteen and Al Pacino. In conversation with Q Magazine, “‘One song on the album, ‘Kill V Maim,’ is written from the perspective of Al Pacino in The Godfather Part II’,” she tells the mag. ‘‘Except he’s a vampire who can switch gender and travel through space.’‘

Art Angels will be out on 6th November, check out the music video below. (Text Saskia Chairunnisa)