After more than a decade-long departure, Hedi Slimane Reshapes Yves Saint Laurent Couture. The collection will be offered to an exclusive list of Saint Laurent’s friends on a case-by-case basis at the label’s new atelier. 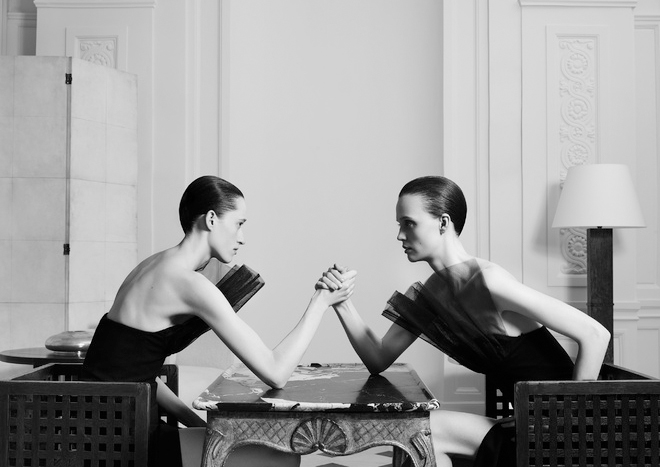 The House’s First Couture Collection In Over a Decade.

Saint Laurent has announced its return to haute couture today after more than a decade-long departure. Overseen by Hedi Slimane, who assumed his role as creative director in 2012, the collection will carry a handcrafted ‘Yves Saint Laurent’ label and will include both men’s and womenswear. Unlike traditional couture collections, Hedi’s designs will not be shown during Haute Couture Week in Paris. Instead, the collection will be offered to an exclusive list of Saint Laurent’s friends on a case-by-case basis at the label’s new atelier. The space, created inside a 17th-century mansion, Hôtel de Sénecterre, will house three separate areas: the Salon Couture, where clients will try the pieces; the Atelier Flou, for dressmaking; and the Atelier Tailleur, for tailoring, in order to facilitate the new venture, and boasts a “geometric garden” pioneered by Slimane, as well as furniture and art from both his own and the house’s private collections.

“Hedi began to recompose the traditional couture ateliers of the house in 2012,” the company revealed this morning. “The ateliers are now at the centre of the Saint Laurent project by Hedi Slimane. The ateliers also produce commissioned hand-made pieces for movie stars and musicians. Hedi determines which of these pieces will carry the atelier’s hand-sewn couture label ‘Yves Saint Laurent’. These couture pieces may be women or men, a tuxedo or an evening dress, daywear or eveningwear. The ‘Yves Saint Laurent’ private atelier label is made of ivory silk satin and is numbered by piece. The atelier keeps a strict record of all the couture pieces in a gold monogram book.”

Find a first look at the “Rue de l’Université” couture collection below. Photographed in and around Saint Laurent’s three floor atelier salon and gardens.