Indonesia Talents for The UNKNOWN ASIA ART EXCHANGE 2017. Last November, Indonesia is proud to be represented by eight young talents from the motherland, whose works were applauded and revered among goers.

The UNKNOWN ASIA ART EXCHANGE 2017 is a program created to support budding creative and emerging artists in South East Asian countries. Young talents get to immerse in an artistic three-day event, where they showcase, exhibit, and have judges preview their work. Art forms and talents featured in the program vary from photography, illustration, fashion, film, and others. The platform aims to put young artists in the limelight, with the hopes that they, too, could grow amid other professionals and artists in their respective industries. The program ran throughout November 4 until 5, 2017, while the judge preview – comprised of editors, art directors, and gallery owners – took place on November 3rd.

Last November, Indonesia is proud to be represented by eight young talents from the motherland, whose works were applauded and revered among goers. Ranging from illustrations, to posters, to portraits, and even mix-medium artwork, DEW had the chance to meet them personally and get to know their stories during the program, as well as their sweet sojourn in Japan.

A Jakarta-based photographer, Hilarus Jason is well known for his photography among the city’s budding creative scene. The work he presented in UNKNOWN ASIA 2017 was fashion photography translated into street poster. To him, fashion photography is a concept made to fit in an array of mediums, not just the magazine pages. To him, the concept is fluid and very versatile, allowing him and many others to play around and construct their own meaning into it. Personally disliking ‘kitsch’ concepts that are taken too far, Jason could not be anymore happier to have been part of a very talented and strong group of talents in this year’s UNKNOWN ASIA. Not to mention, he did win several prizes during the program that got him to enter into another exhibition, ‘Unknown Asia Extra’ Asian Art Extra Daibiru & Festival City 2017. 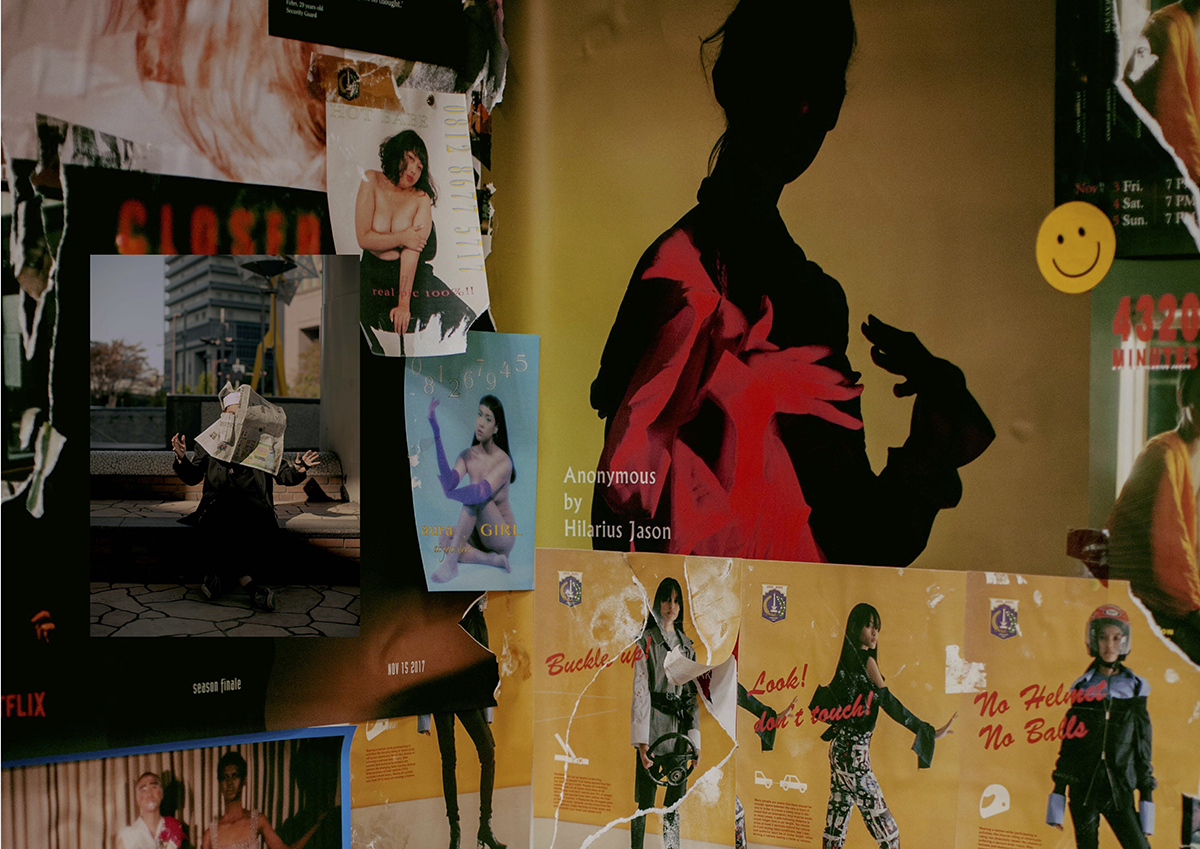 The Bandung born and raised talent with the nickname Tio, is a self-taught artist whom focuses on collaging as his visual medium. Believing his work are whimsical, ambiguous, and hypnagogic, Tio presented a work entitled Chamber of Enigma, Cabinets of Curiosities, where he pours out his imaginative creature to life. Visiting for the first time in Japan, Tio could not have been any happier and proud to receive such an appreciation from prominent people in the industry. During the exhibition, the artist admitted has won several prizes that include an opportunity to exhibit his work in The Jam Factory Bangkok, Thailand and Snone-an Kyoto, Japan next year, making this one of his greatest achievements as an Indonesian artist. For Michelle Sherrina, UNKNOWN ASIA 2017 was an interesting event. The graphic designer and illustrator from one of Jakarta’s quirky graphic design houses felt that the opportunity to present and showcase her work was amazing. Michelle Sherrina featured work that best represent herself as an artist where she showcased her surreal rooms, puns, and even imaginative creatures. The artist was inspired to show the different, unique sides of who she was: play on words, odd-looking objects, and portraying her feelings. Michelle Sherrina also wishes the best for all the Indonesian artists that are making their way into the industry. For she, too, realized that people are slowly appreciating them, albeit slowly. 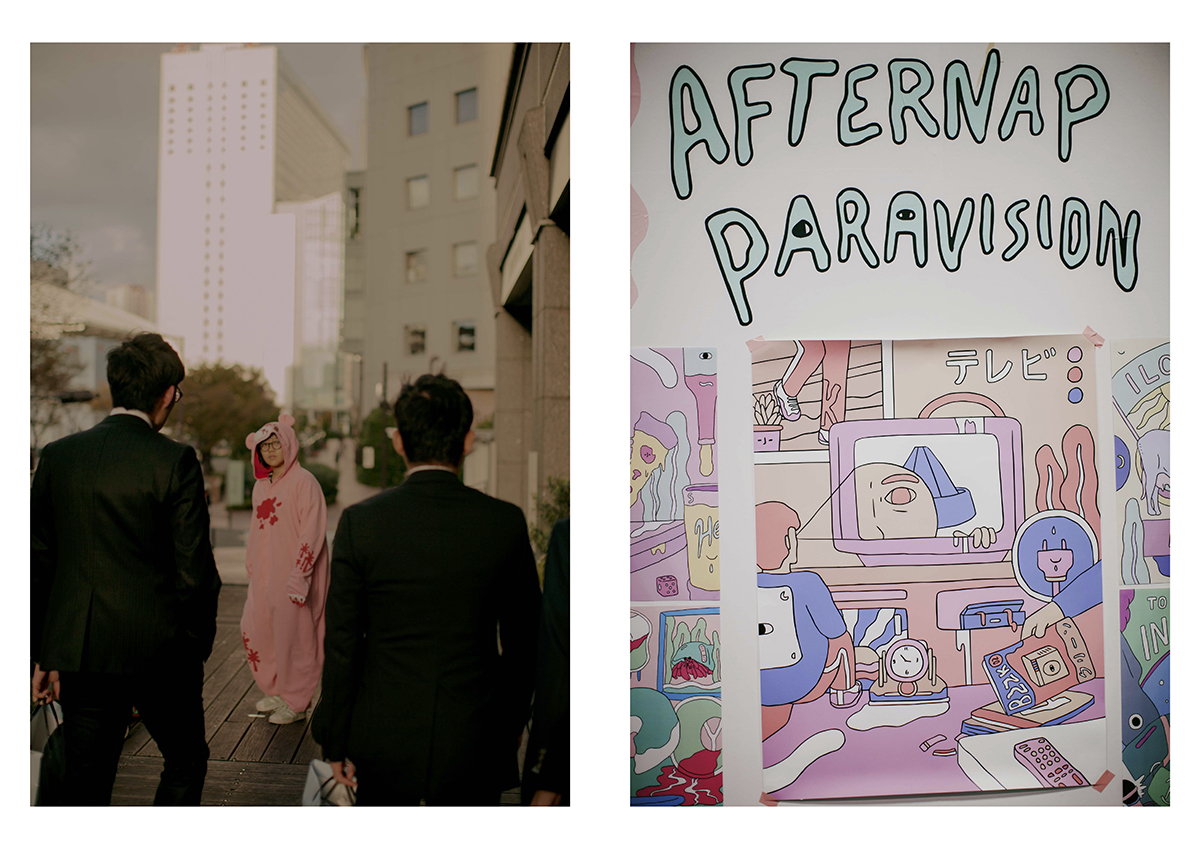 The Jakarta-based painter and illustrator is one of the six Indonesians to represent in UNKNOWN ASIA 2017. The artist created work that relied on watercolor painting and combined the art form with resin, allowing her to recreate and reassemble the illustration in a three dimensional form. Varsam wanted to push the conventions of watercolor painting and tried a different version of storytelling. Admitting flip-flops as an unsightly fashion trend of all time, the artist had a memorable experience throughout UNKNOWN ASIA 2017 where he met one of his favorite sculptor, Akishi Ueda and artist, Chiaki Izaka. The Bali-based artist known for her photo art and illustrations showcased several works in UNKNOWN ASIA 2017 including a work entitled ‘#love’, ‘May in Shanghai’, and other work that represented her brand, Pantainanas. Her work were very personal, intimate, and showed her journey as an artist throughout time, with May in Shanghai becoming one that became a turning point for her as she took short trip to Shanghai and doodled. The event was overwhelming, leaving Debbie Tea feeling heartfelt and grateful at the same time. She recalled having people come over her booth and was interested in her pieces, retelling the stories and sharing her passion as an artist. Debbie Tea believes that comparison is the biggest no-no when it comes to one’s artistic journey. One must be in faith with the self when it comes to finding their artistic souls. May in Shanghai by Debbie Tea. Artist photographed by Jatidiri Ono © DEW Magazine

The Bali-based artist who loves the company of her Daschund and has an affinity for crows recalls her numerous fun moments during UNKNOWN ASIA 2017. Natasha sees her work as being whimsical yet maniac, which were presented through her fine-art prints in the program. Along the concept, Natasha said she has always been interested in portraying feminist perspective in her work and thus, used traditional Indonesian female figures through seductive and fantastical settings. Natasha recalled her experience in Osaka where she felt immersing herself with the culture and people was a humbling experience. One notable achievement for Natasha was prizes in the form of acknowledgments from the local Japanese talents, opening new opportunities for future collaborations. Natasha, alongside Hilarius Jason were lucky enough to be featured yet again in “Unknown Asia Extra” in Nakanoshima Osaka with artists from Japan and even Hong Kong and Thailand. 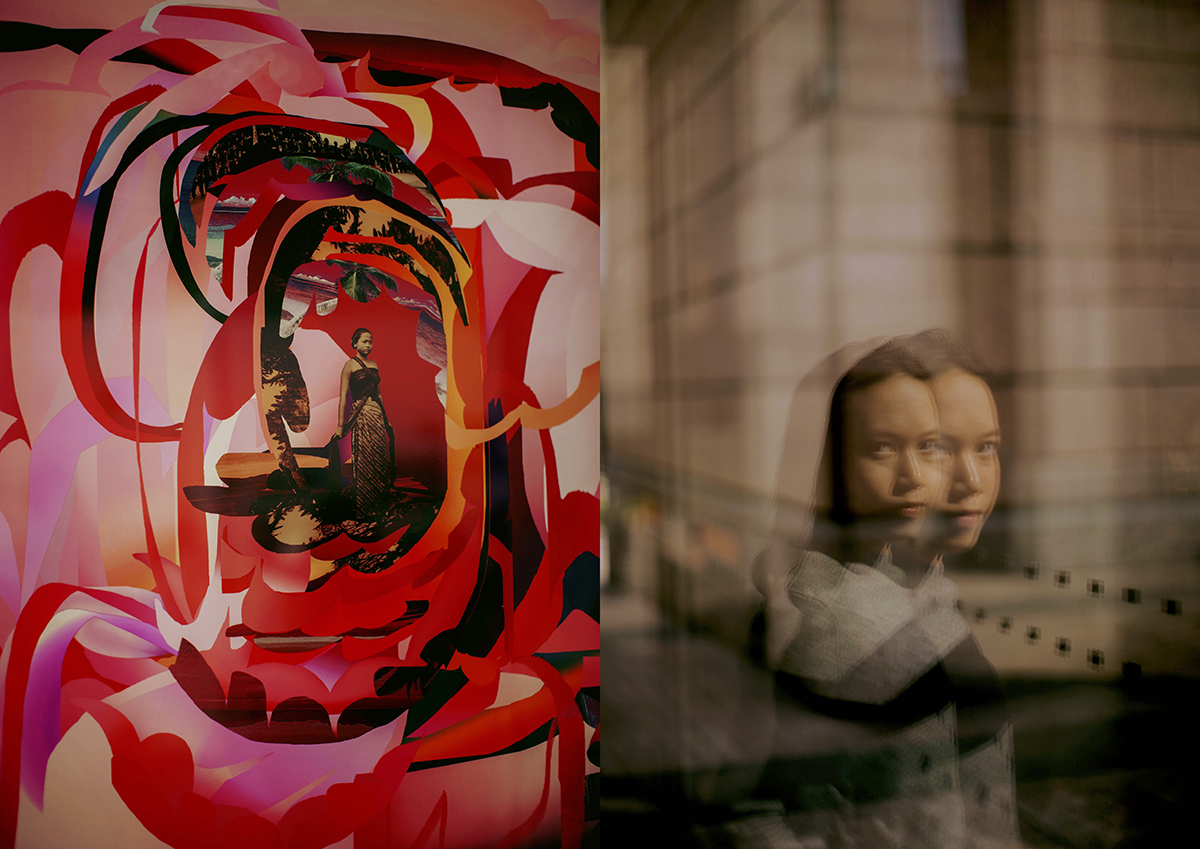 The Past Inside The Present by Natasha Lubis. Artist photographed by Jatidiri Ono © DEW Magazine

Evelyn, or better known as Epel, is a Jakarta-based self-taught photographer who also took part in the exhibition. Her passion took her far, where at only age 16, Evelyn attended her first solo exhibition as the youngest photographer held by Galeri Foto Jurnalistik Antara in Jakarta, Indonesia. The lover of scintillating and camouflage creatures such as the firefly and chameleon shares her first experience in Osaka where she lived in Minami-Morimachi throughout the exhibition period. Evelyn’s pieces featured in UNKNOWN ASIA 2017 were entitled “Stars Below”, a project she has been working on since 2014. Her project discusses a visual perception against the universe. This piece of work has never been exhibited previously and thus, she was excited to see this one showcased but at the same time launched in UNKNOWN ASIA 2017. To Evelyn, she wishes to see more artists growing in the local industry, all with their unique and interesting personalities, capable of creating artistic dialogues from many different perspectives and mediums. Annie Gobel, a young Indonesian artist also made it through as one of the young creative talent participating in UNKNOWN ASIA 2017. Throughout her exhibition, any has shown enthusiasm for her participation. She was excited to participate in her first “art-like” exhibition, where she mentioned, was different than the other ones she participated in. Annie who has a penchant for animal prints also admits enjoying the diverse scene in Osaka throughout her stay. Annie showcased works that reflects her earlier practices and plays an ode to childlike memories. She shares that her concepts explore wear-ability of objects, making her childhood of playfulness and wit as inspirations. The playful and versatility of her objects allows people to wear them in any form, where one could transform from a necklace into a brooch. For Annie, UNKNOWN ASIA 2017 opened new horizons for her where she experienced new and fresh take of creativity from different countries. As an Indonesian artist, Annie hopes that the local scene will one day be recognized to a greater audience, where innovation through creativity and concepts are explored among the younger generations. 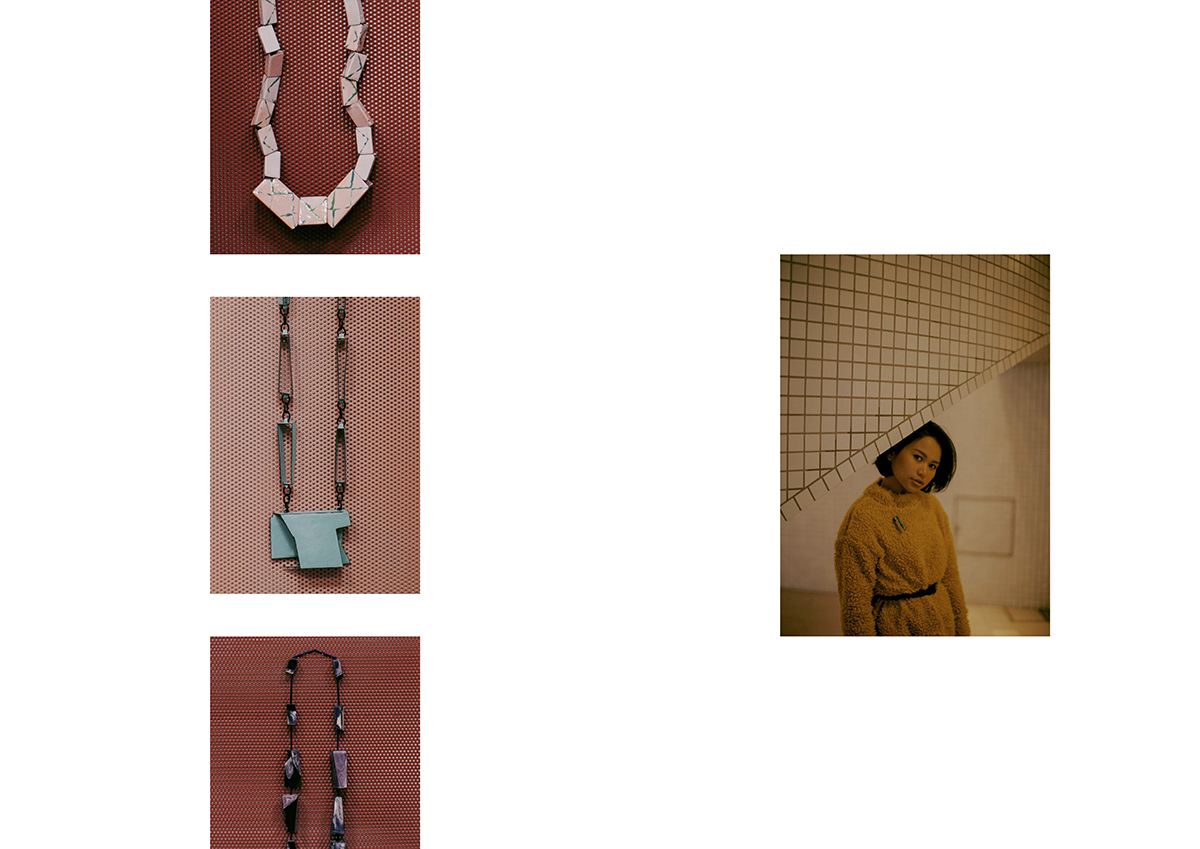