James Vincent McMorrow releases beautiful short animation for ‘National’. The music video is incredibly moving and personal, it tells a story of unrequited love and the complicated feelings that surround painful but treasured memories.

The Irish singer/songwriter James Vincent McMorrow just released beautiful animated music video for ‘National,’ a track taken from his latest album ‘True Care.’ The music video that dropped quietly on early February this year, is a perfect mirror for his delicately emotive song which tells the story of this complicated and painful situation of unrequited love that he appears to be in the midst of. The video was created by Rafael Malyani from Giant Ant based in Vancouver and it revolves around a man and a car, which serves as a container for various moments that present the character’s insecurity and loneliness, but also love. The car is kind of claustrophobic and a vast space, a shield against the world outside.

“Everything about the song, from the stripped-back instrumentation to the raw vocal, is incredibly moving and personal. We wanted to compliment this with a similarly emotive video that tells a story of unrequited love, interiority, and the complicated feelings that surround painful but treasured memories.”

Gian Ant crew successfully taking a risk by not steering into a typical live action music video but creating an animated visual that perfectly complementing the music. By creating a animated character that portrays the emotions of the song and also creating a new magical world with beautifully made color palette, it truly transforms us into another dimension, as well as playing with our emotion so we will cry a little if we bring too much feelings. 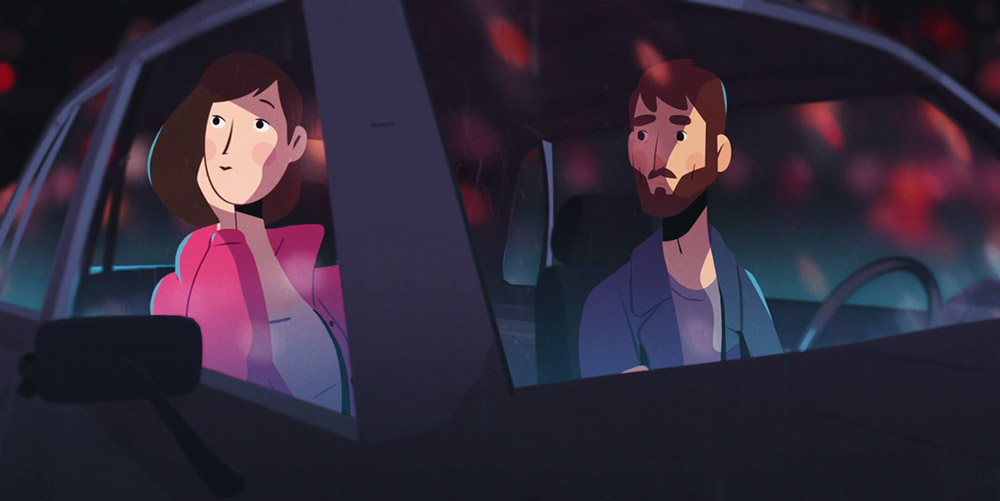 James Vincent McMorrow also stated on the release that the music was very special for him personally and it need a special visual to compliment , “Of all the music videos I’ve been part of, I can’t think of one I’m more in love with than this. The song means a lot to me on an incredibly personal level. It’s about the time in my life when I met the person who means more to me than anything else in the world. A moment where I was incredibly lost and felt incredibly alone, and then in the darkness I found another soul. Someone just like me.”

He also added, “Normally when I release videos I do everything I can to avoid the hard sell. Everything about my career is based on people coming to my work on their own time and at their own speed, and that’s a sentiment I’m very protective of. But I’m going to make an exception with this video, and I’m going to ask that if you like it, if it means something to you when you watch it, that you share it with someone who you think might feel the same way.”