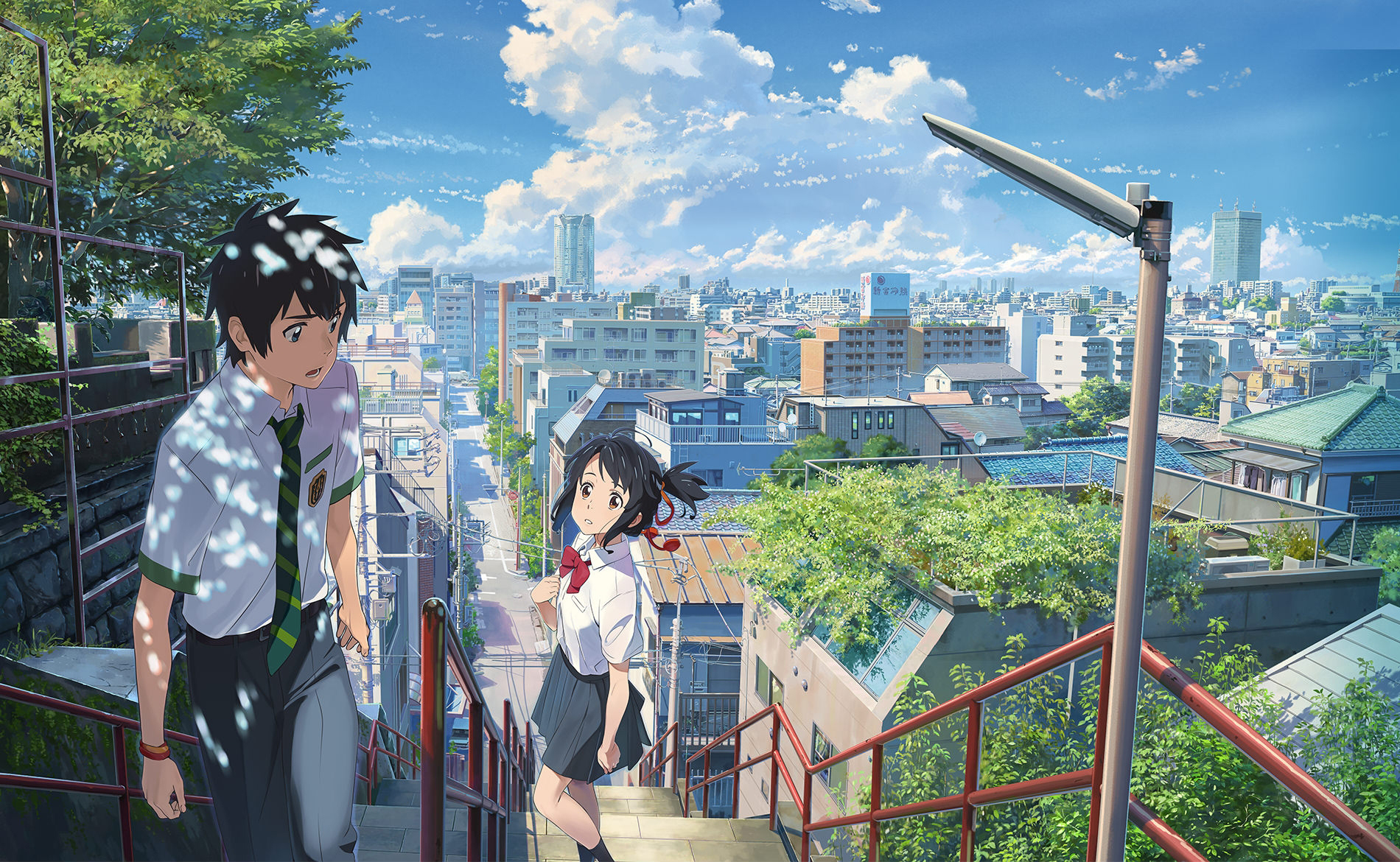 Kimi no Na wa: Huge successful Japanese anime by Makoto Shinkai. The acclaimed director could be the next generation of Hayao Miyazaki.

Kimi no Na wa, also known as Your Name, is one of the highest grossing anime movie in 2016. The movie is the work of acclaimed animator Makoto Shinkai, who has made a career of making visually sumptuous anime coupled with very warm characterization. He has a good reason to be labeled as the “new Miyazaki,” meaning successor to animation genius Hayao Miyazaki. Since 2007, Shinkai’s films always animated with a blend of gorgeous, realistic details and emotionally grounded fantasy that make comparisons with Miyazaki not absurd.

His latest feature Kimi no Na wa holds true to all the expectations of a Makoto Shinkai production, from heartfelt smiles to crying the 5th time within the last 30 minutes. His signature metaphorical use of trains, the idea of a hopeless and distant love, and beautiful scenery really dive you emotionally into the story, even for how generic and simple it may seem.

The movie itself is about two teenagers: Mitsuha Miyazamu, a girl living unhappily in the countryside, and Taki Tachibana, a Tokyo high school student who is something of an architecture buff. Both of them imagine they are dreaming and will soon wake up, which they do several times in the course of the film. They exchange bodies over and over again, until they finally catch on to the strange, inexplicable switch that is happening.

The viewer’s first hypothesis might be that this is a reincarnation story, but it’s a lot more complicated than that. It’s a teen body-swap comedy that’s part love story, part disaster movie, and Shinkai gave his best shot before the film starts to get lost in multiple endings.

The film has topped the Japanese chart for nine consecutive weekends and now stands on a cumulative total of 16.41 billion yen or $157 million. This makes it the fourth highest-grossing anime film in Japan, the fifth highest grossing Japanese film in the country, and the ninth highest grossing film of all time in Japan. Makoto Shinkai’s anime masterpiece Kimi no Na wa is going to have a theatrical run in America before the end of the year and let’s just hope that it is going to be nominated in upcoming Oscar festival. (Text Saskia Chairunnisa)

Watch the trailer below: