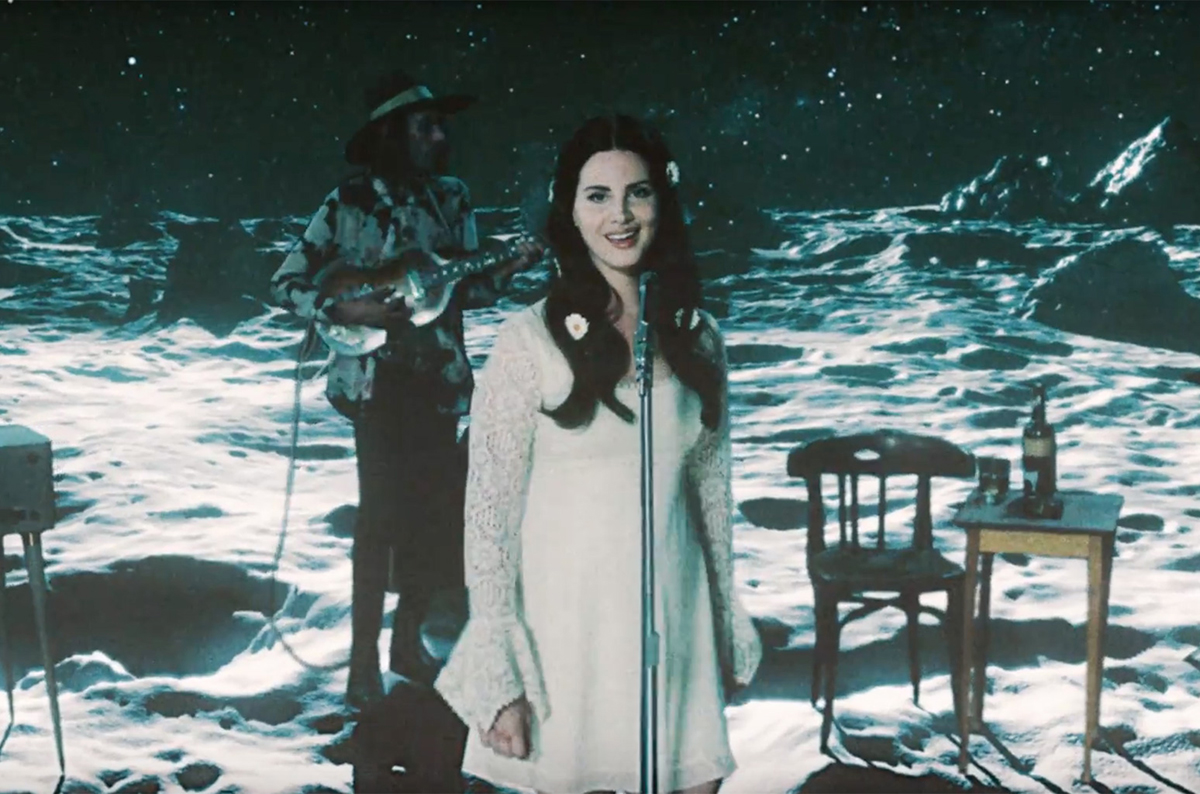 Lana Del Rey is arguably one of the most productive singer-songwriter ever. She is back with another stellar first single called ‘Love’ for her upcoming album. Accompanied with Del Rey’s signatures retro vibes, the music video was directed by Rich Lee with the addition of sci-fi twist.

The music video starts out in black and white mood with Del Rey singing in front of a young audience, telling stories about the beautiful meaning of Love, while scene takes turn to a group of young people frolicking into each other and then go on an intergalactic road trip while celebrating endless possibilities. It looks like an interstellar journey of passionate love that takes you off to outer space.

In one interview with BBC, Lana Del Rey confessed that she is now ready to give ‘cleaner’ sound and less moody vibes like we used to hear in her last two records, “Now that I’m a couple of years down the line away from the Ultraviolence record, I think I had more I wanted to say and I wanted it to come through a little bit more clearly, so it was fun to get back into that really big, like clean sound,” she continued. “[‘LOVE’] is a good representation of where [the album] headed, where the sound is headed.” We just cannot hide our excitement to hear the full records, meanwhile watch the ‘Love’ music video below: (Text Saskia Chairunnisa)