Danish artist Thomas Dambo creates wooden sculptures larger than life (literally – they stand taller than people) and placed six of his giants, made from recycled materials, in six different municipalities in Copenhagen, Denmark: Rødovre, Hvidovre, Vallensbæk, Ishø, Albertslund, and Høje-Taastrup. Encouraging people to go on an “open air treasure hunt” looking for the sculptures, venturing through the offbeat areas of Dambo’s hometown. 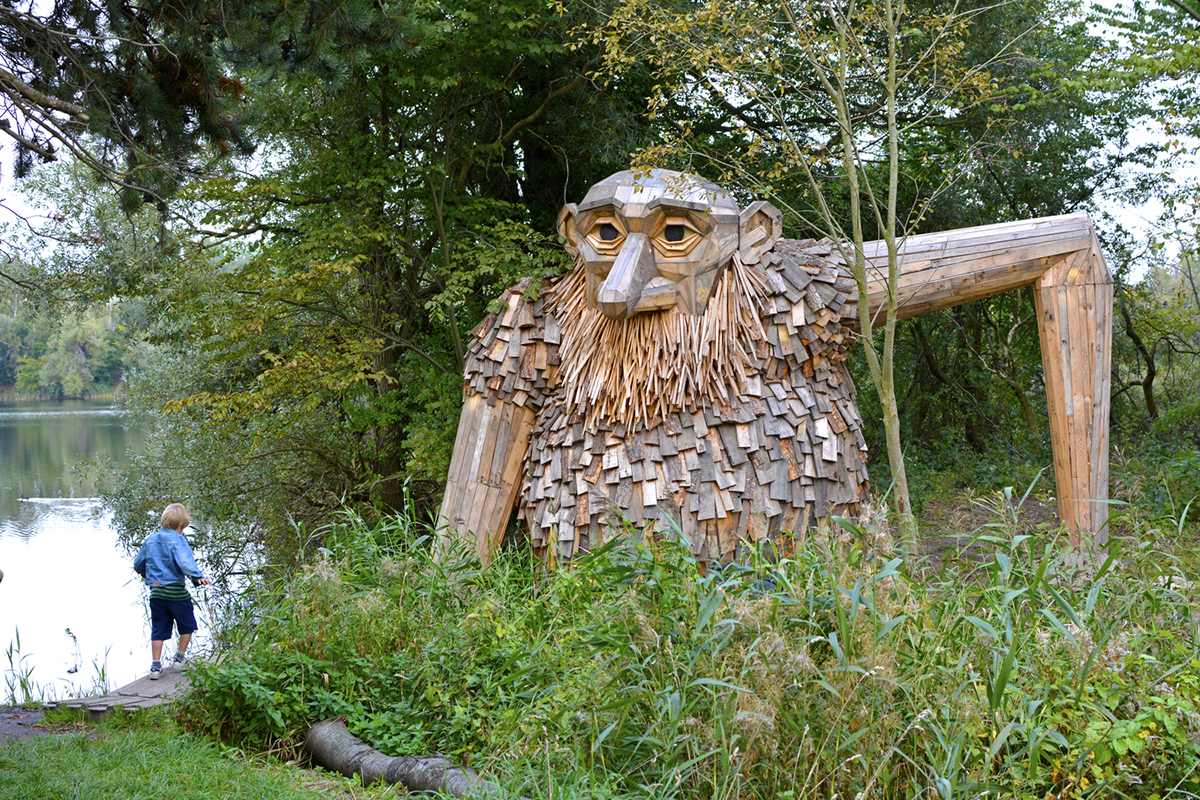 With the help of local and experienced volunteers, Dambo’s Forgotten Giants are assembled from the likes of 600 wood pallets, a shed, an old fence, and scavenged wood. Hidden within Copenhagen’s forests, the giants can be seen lying down atop hillsides, in between trees, or underneath a bridge. They have names, too: there’s Teddy Friendly, who stands beside a lakeshore with a hand held out to help people cross the stream; Sleeping Louis, who naps in a location where the homeless would often go to sleep, and his body doubles as shelter for people to sleep in; and Little Tilde, who is behind a big tree and filled with 28 different birdhouses, to name a few. They can be found by using a map provided on Dambo’s website, which features clues in poems near each artwork on the map. 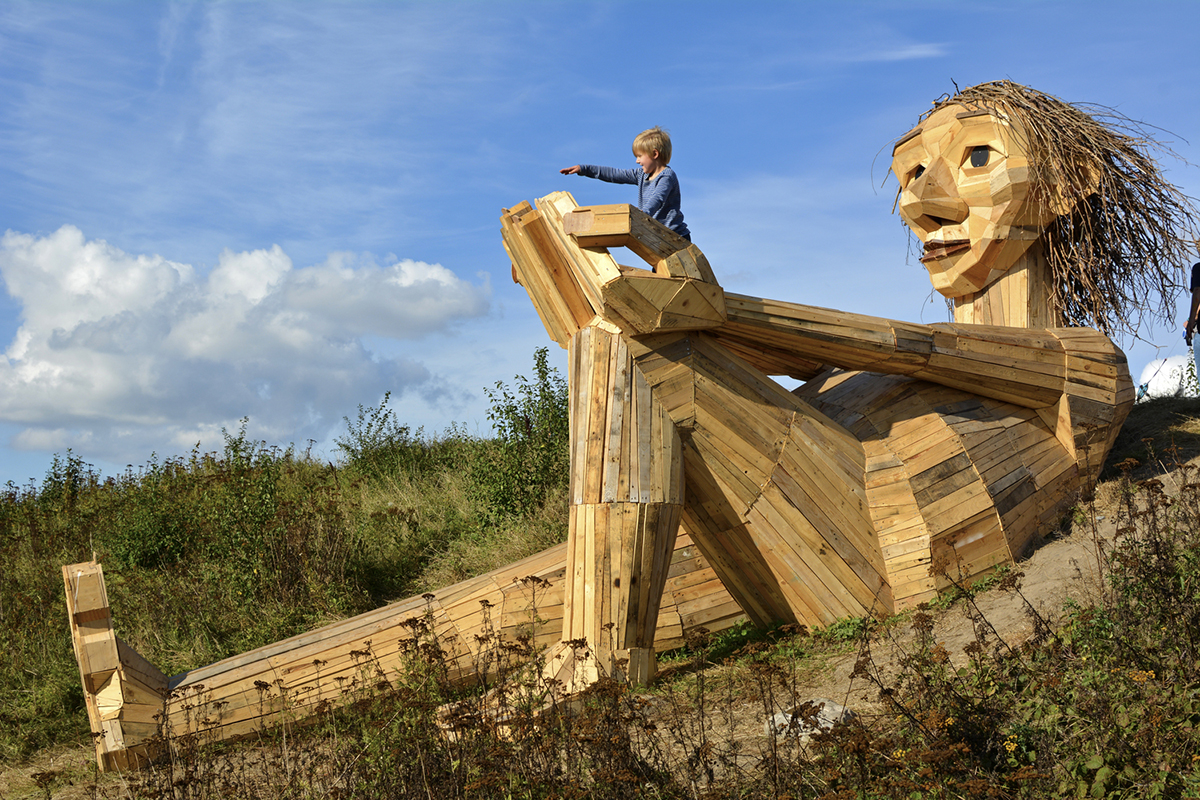 Sculptures, artwork, and furniture made out of recycled materials are Dambo’s specialty, and he hopes his work can inspire those who come across it to think about the cause and take better care of our planet.

In a video regarding the project, Dambo explains that humans often have a way of choosing the beaten path and the main roads. When the municipalities of west Copenhagen contacted him about the project, it “seemed natural” to make something that lures people into exploring the beautiful nature in the hidden outskirts, which you don’t usually see. With his wooden giants, Dambo is encouraging the Danish people as well as outsiders to take the road less taken.