Meet Yaeji, Korean American producer who serves up sensory electro house beat. Blessed with her collected attitude, Yaeji is a breath of fresh air in the music industry.

Let’s talk about the newest cool girl from Korea, she is not some actress from famous Korean drama, nor some “aegyo” Korean pop star, her name is Yaeji, a Brooklyn based Singer/Producer/DJ/Painter, you name it, she came into the industry back in 2016 when she released her first electronic track called “Guap”, a drum-heavy house-influenced track filed with her own dreamy whispered voice, following after that two EP, making her way to be one of the most exciting new artist in 2017. Yaeji is no doubt easily becoming everybody’s favourite, she scores her first Billboard chart debuting no.5 on Dance/Electronic Album Sales, being recognised by media such as Hypebae and Pitchfork, as well as 4 million global views on Youtube on her video “Drink I’m Sippin On.” 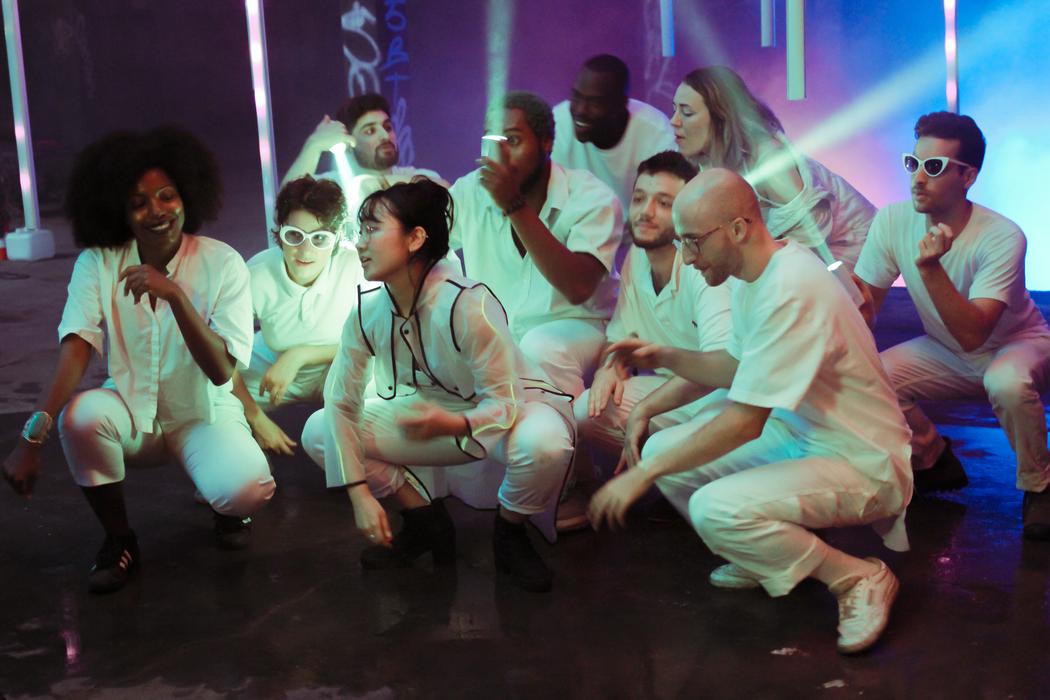 Kathy Yaeji Lee was born in Flushing, Queen and lived with her parents in New York till age 5. Her father was afraid of her daughter was being too Americanized, he even forbid her from listening to Pussycat Dolls and decided to move the family back to South Korea. Over the long haul, she made it back to US and enrolled to Pittsburgh’s Carnegie Mellon University to study Conceptual Art and Painting. She made it to college radio where she was first exposed to Electronic music and then she downloaded Ableton out of curiosity, skipped a bunch of class and rediscover a hobby that she thought never existed. She has been a visual person for a long time, after college she worked as an Artist assistant and later as graphic designer, by night she was DJing at some underground party and producing new music. Sometimes she was also hosting weekly dinner for her closest friends and musician that now expanded into fully-scale show where she teamed up with local Korean restaurant to serve homemade Curry at the show while she and her fellow musician performs. She called it “Curry in No Hurry”, the intention is to create sense of communion that comes with sharing food out of one pot that is widely known as one of Korean tradition.

Talking about the songwriting, lyrically Yaeji is not your typical party poppin’ in your face lines, her songwriting is funny sometimes deeply reflective, tackling some deep topic including Korean identity, mental issue and culture. She mix English and Korean lyrics in a playful manner, complimenting her unique mashup of electronic house, trap and rap. In her video Last Breath, an energetic club tracks with a one of a kind visual that shows us how hypnotic and calming a beauty tutorial can be, Yaeji puts on some make up in front of camera just like the phenomenon of beauty vloggers in the internet nowadays while she starts rapping metaphorically, talking about how depression stays on 24 hours just like most of beauty product slogan.

Raingurl is Yaeji’s latest single from EP2 that released this year. In the video, where the clad wore all white from head to toe including Yaeji herself while dancing to the beat inside an underground building full of graffiti, the vibes remind us a lot of Nicolas Winding Refn movie meet Enter The Void. The song itself is an ode for Brooklyn’s undeground rave scene, as she said in the interview with Pithfork, “Raingurl is the definition of introspection in the club. It’s all from these experience where i think about the things my music is about. At the same time it’s about having fun with my friend. It’s my favourite thing!”

Blessed with her collected attitude and good vibes, Yaeji is definitely a breath of fresh air in the music industry, serves us a whole package of taste and experience, also her ability to mix plethora of sounds, senses and palate. Cannot wait to see more of her in the future. In the mean time, watch her brilliant performance in Boiler Room and don’t be shy to dance alone in your bedroom.