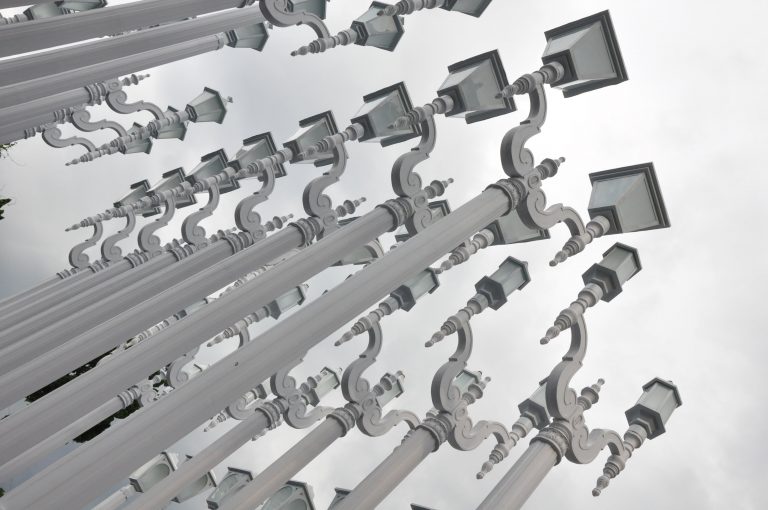 When it comes to selfie, we Indonesians know how to make it happen, just about anywhere and everywhere. When it comes to artwork or anything that looks artistically appealing, a majority of Indonesians would take such display into a photo-op, disregarding the masterpiece and artwork all at once. What went down in Bandung, West Java’s latest ‘selfie’ excursion place named Rabbit Town was that artistic pieces were disregarded blatantly and explicitly. The installations that are as familiar as Chris Burden’s Urban Lights (2018) in Los Angeles, Yayoi Kusama’s Obliteration Room and even simple mural art of angel wings by Colette Miller were rendered irrelevant as art pieces originally worth the good appreciation and taste.

‘Rabbit Town may look like a selfie paradise for most. But unfortunately, the installations are a blatant rip-off to famous works by renowned artists Chris Burden, Yayoi Kusama and even popular exhibition rooms from New York’s Museum of Ice Cream. The excursion place as part of a project by Hendr Husada, CEO of the Kagum Hotel Group has sparked immense conversation and controversy among netizens and the influential alike. With its doors opened as early as February 28, 2018, guests greeted the park well, where visitors inundate and materialize their phones for, well, primarily selfies or wefies.

What really struck us here is the irony of taking selfies against artwork, which were ripped off, making this park such a blunder and shame. With Bandung known as one of the artistic cities, there are in Indonesia, it’s saddening to know the reality of goers and visitors disregarding, turning a blind eye or even remaining oblivious to what there is to the art world. Of course, people and institutions connected directly to the art and cultural industries would know more about these. But to the Indonesians themselves, there is a lot to learn from before blindly diving into the rabbit hole of the abyss.

The issue is there all this time. Take Museum Macan in Jakarta, for instance. We have seen countless shameful images online of visitors taking pictures of themselves as a foreground to major artworks, while sometimes, unblushingly placing other objects as foregrounds to these artworks to make their photos look even more ‘artistic’. We have seen people cross lines of no-cross borders against artworks and even take breaks by sitting down nonchalantly against the walls of the museum, sans shoes, sans manner. Is this the kind of culture that we Indonesians are accustomed to? Or are major institutions not making a bold and assertive enough stance to actually educate our people when visiting museums and art galleries?

With regards to Rabbit Town, if apathy is the core problem, then government institutions and personnel are ones responsible for such ratification. Without proper education and assimilating all the research holistically, public awareness would become obsolete. To begin with, Rabbit Town’s opening would have been questioned thoroughly and opening would not have been made this easy or as smooth sailing as we assumed it would be. Also, owners would have taken into account aspects of legal infringement and originality to the works. If not, awareness will always run dry among the majority of the public and goers who are unaware of such plagiarism.

It may sound easier said than done but it’s even more shameful to have the issue prolonged to let the entire world laugh and bash about it online. Before legal take action, we have to carefully consider these aspects when opening a recreational park – not for our sake but for the sake of public and for the greater good the creative players of the country that may need much more attention and spotlight. Who knows, getting them to shine with their work may spark some interest, pride for local talents and leverage a better education platform for visitors (without having to become a disgrace to the international artists and their works).