Smell The DJ, The Imaginative Crusade by Matthew Herbert “The project, then, is to repackage them again as something hopefully much less toxic – as dance music. Using their empty bottles and packaging as materials for something that can be shared safely, hopefully puncturing them of their hideous, tone-deaf pomposity.” – Matthew Herbert

Started his career in 1995 as DJ and Music Director, Matthew Herbert is a British Musician that had created many experimental projects worldwide. He worked with musicians such as Moloko and Björk, and famous for his own Big Band, and other underrated projects with BBC, Edible Sounds, film scoring and more.

Together with the opening of London College of Fashion’s project space “Arcade East” on September 2017, Herbert worked with students from MSc Cosmetic Science to collaboratively showcase “Smell The DJ” – the masculine iconography performance surrounds music and male perfume.

In this experimental project, the students from the field created unusual scents from Herbert’s tracks that generated smell of cigarette smoke, sweat and stale beer to emulates the real club odor. He inspired by the male fragrances packaged in hand grenades, handcuffs, and guns and immediately confused by what it supposed to smell like. There were ‘Spicebomb’ by Viktor & Rolf, ‘Wanted by’ Azzaro, and ‘Success’ by Trump to name a few. 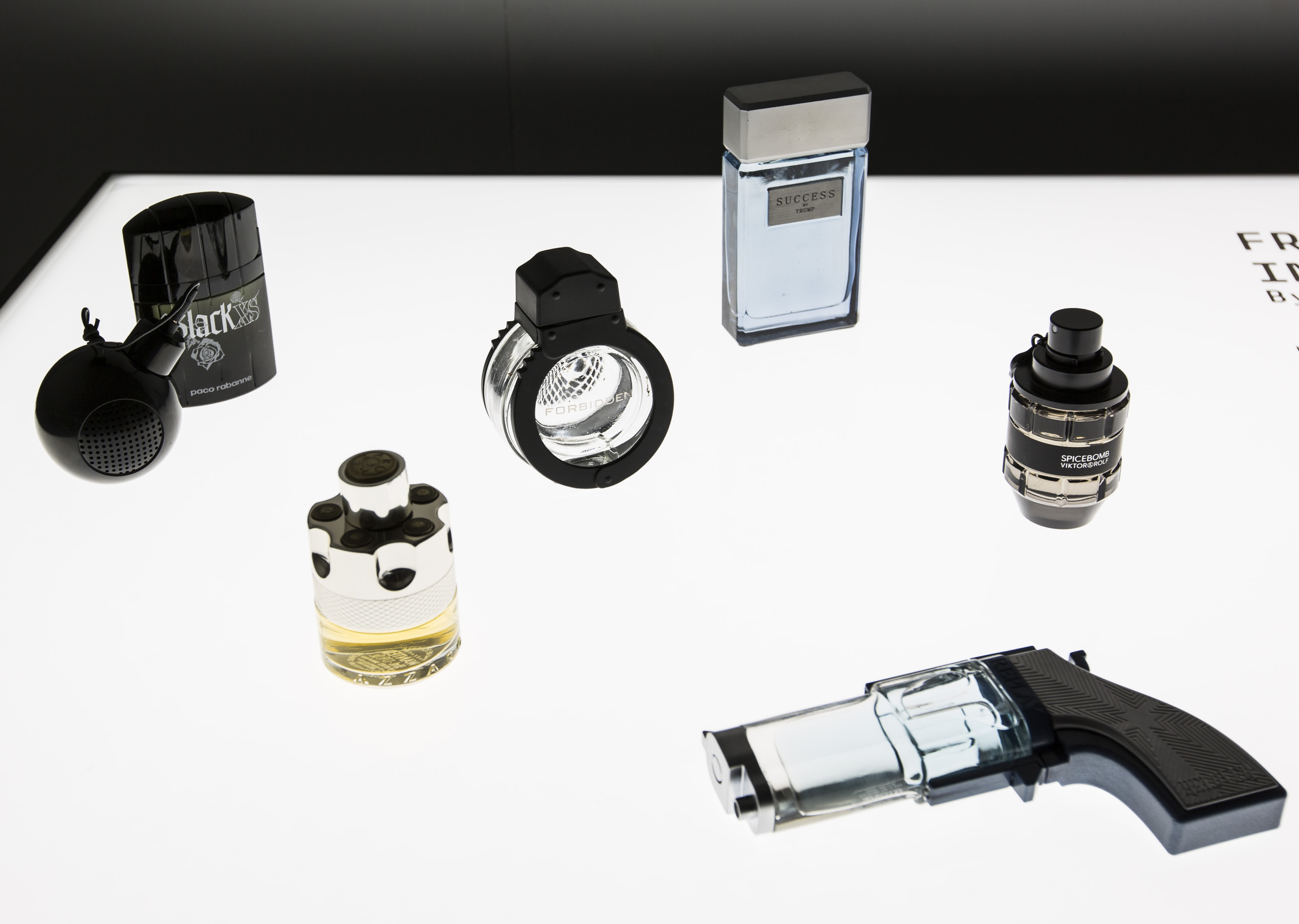 “Burned flesh? Gunpowder? Fresh blood? It turns out that there’s a theme in men’s fragrances around the glamourization and fetishization of violence. One can’t help but be staggered that such unashamedly violent messages are commodified and repackaged as something to attract.” – Matthew Herbert 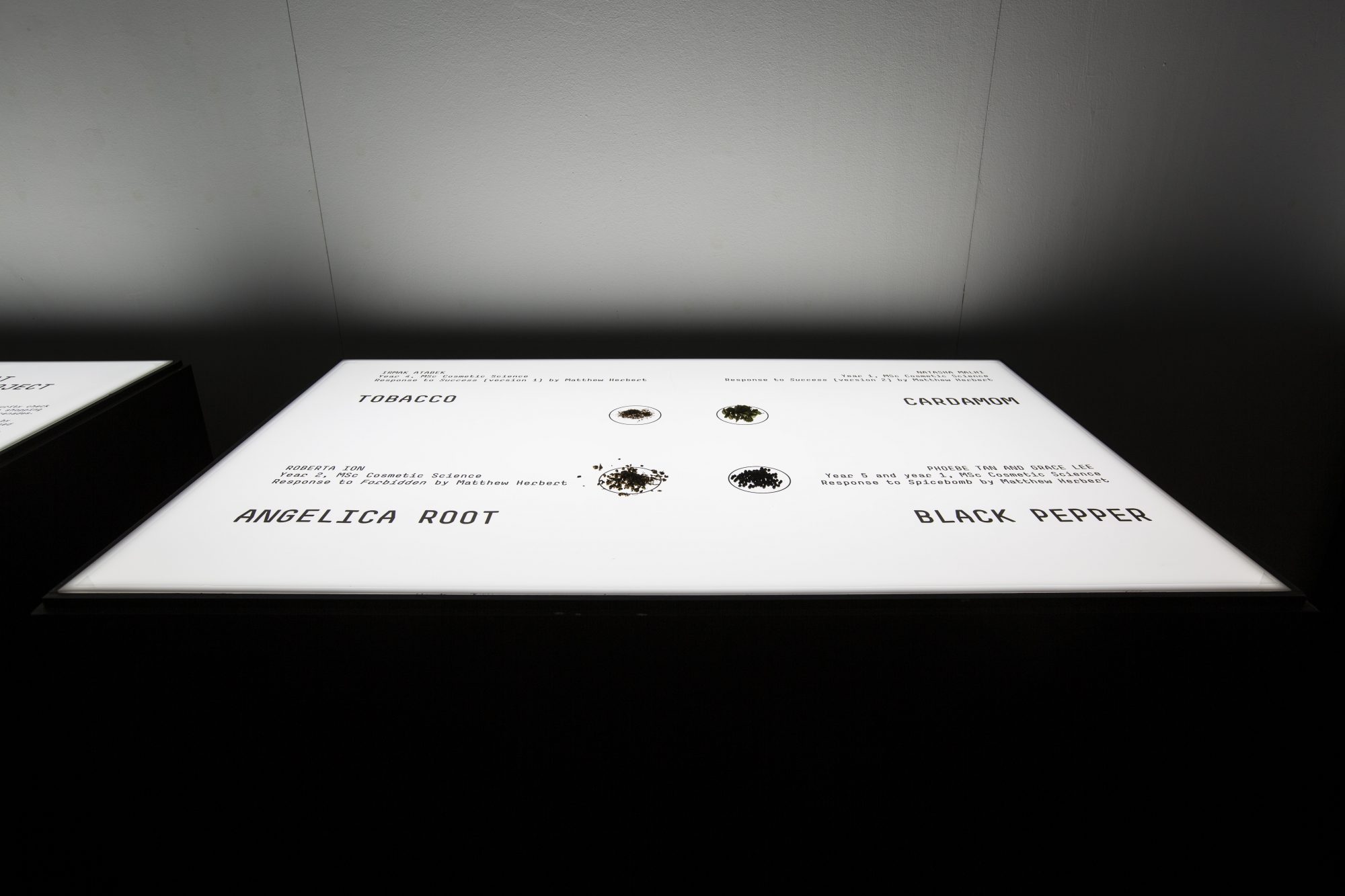 “My fragrance was inspired by Matthew’s track, Forbidden. I created an impression of the Iris flower, which has a dark and deep smell the fills a whole room in seconds. The flower is associated with death in my culture, being forbidden to touch. Also, the scent is sharp to relate to sharp sounds Matthew created by literally breaking perfume bottles.” – Roberta Ion (LCF’s Student) 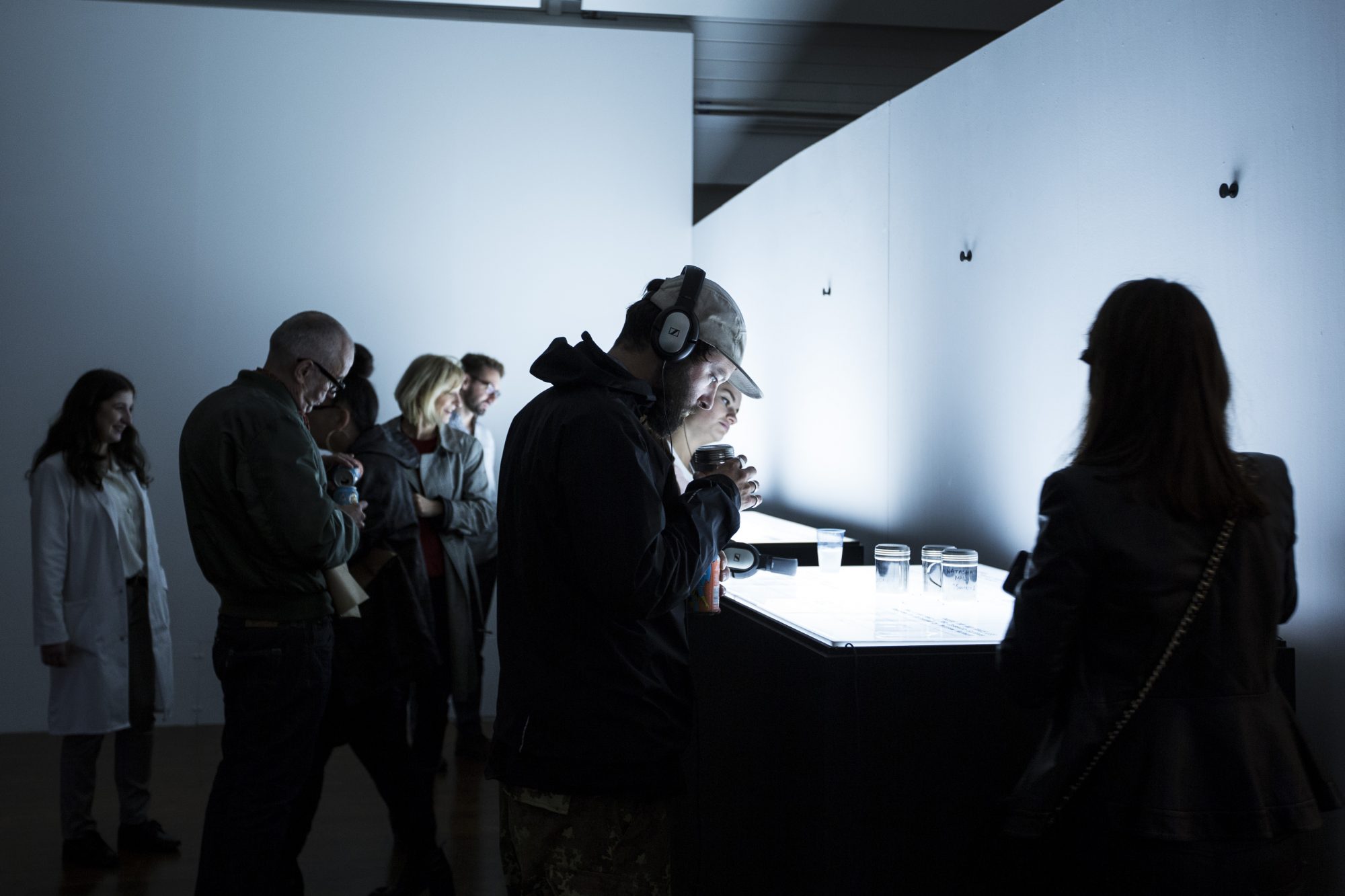 By initiating a nightclub vibe at Arcade East space, Matthew’s and the student’s live music and scientific performance had caught the night off. It created curiosity and desire for the guests to experience the juxtaposition of it.

Herbert is a prolific Musician that has experimented sounds from daily equipment, animals and much more. As he masters electronic, techno jazz, micro-house, classical and downtempo that have loyal audience groups and classifies as modernize sounds that won’t get out of style. He succeeds to merge and collaborate sounds as tactile communication not merely as something that we listen or hear. 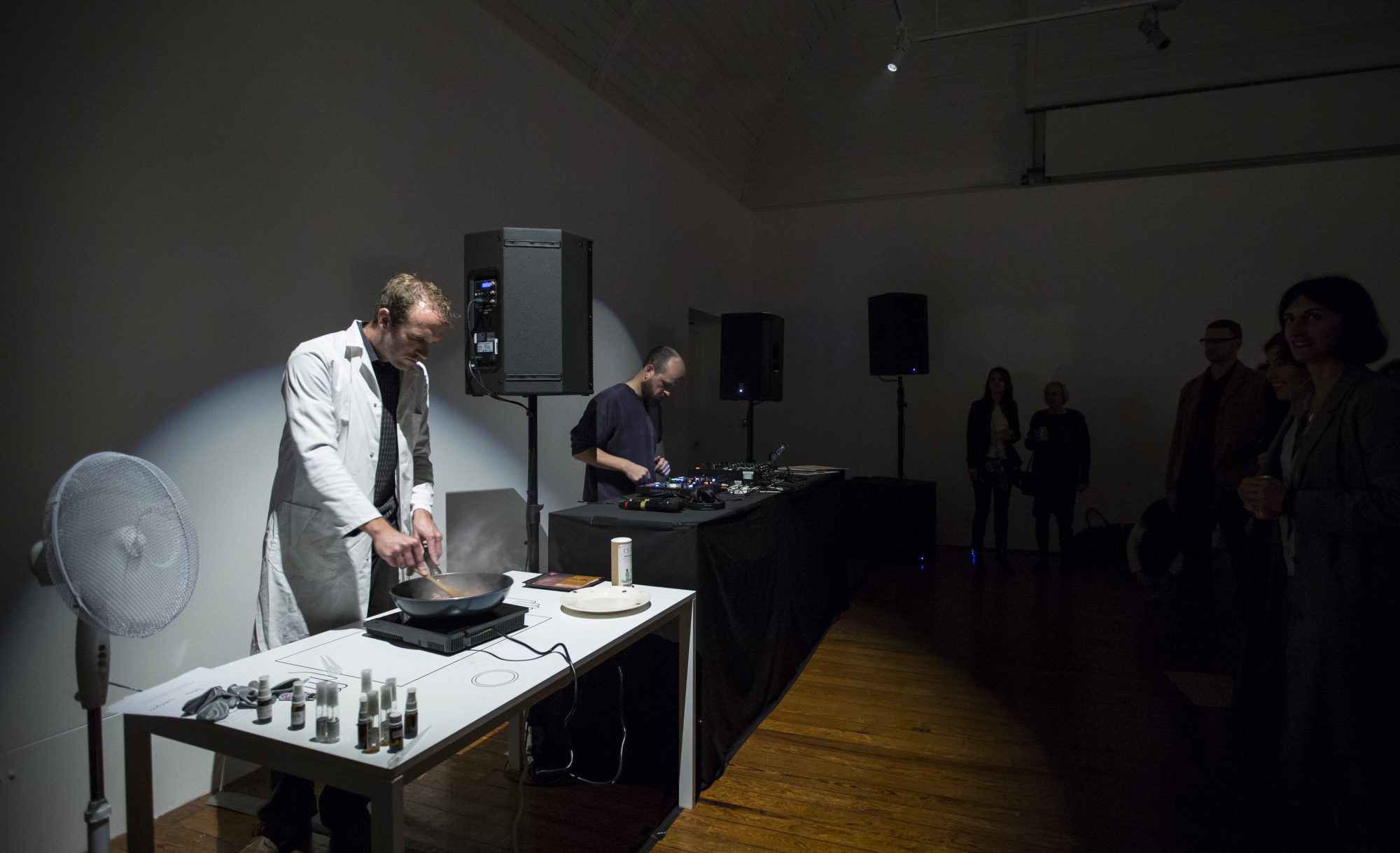 “We’ve been working on ways to add different smells to accompany the music. Smells that can make you question what you’re hearing, question what relationship the smell has to the music, and find yourself in some kind of uneven terrain that helps destabilize the whole process of consumption.” – Matthew Herbert