Step Into the Surreal New World of Caroline Polachek’s First Solo Debut. Change is imminent as Polachek enters another new post-Chairlift era — one that she’s embarking under her own name.

Caroline Polachek, the former vocalist of American indie synthpop band Chairlift, which disbanded back in 2016, has released a little taste of her first solo project without a stage name since her band’s dispersion with a music video for her single “Doors”. Prior to this solo project, Polachek has previously released two albums under the pseudonyms Ramona Lisa and CEP.

After spending the last several years writing alongside her bandmates, and then a few more years writing for the likes of Charli XCX and Beyoncé, Polacheck is now writing ultimately for herself as she ventures on into a world she can claim as truly her own. 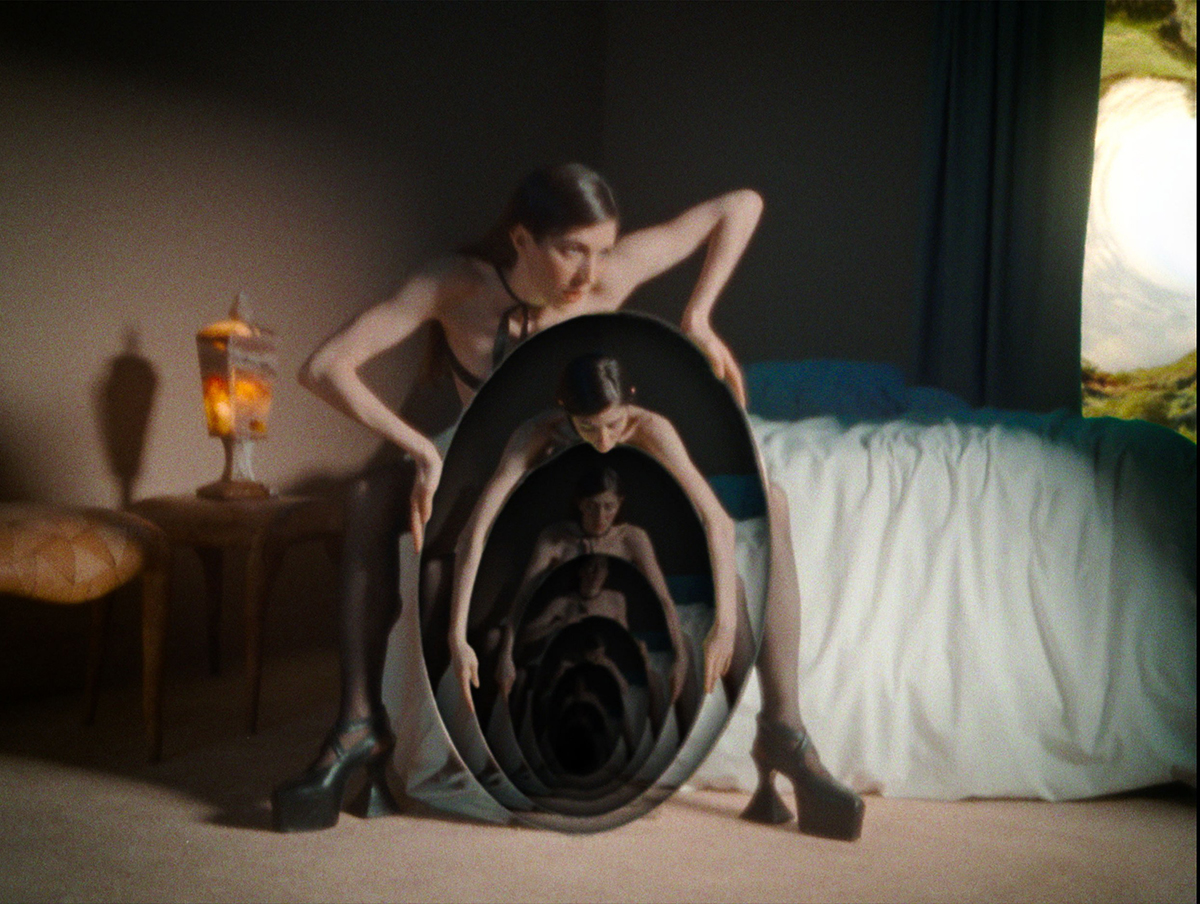 “With this record, I was really pushing myself to be more honest,” Polacheck says in an interview with Vogue. She notes the lack of love songs throughout Chairlift’s discography and moving on from the notion that love songs were, essentially, stupid and cliché, pushing past them and refusing to make something that’s already been made before in the world’s sea of many songs. She’s left this rejection of love songs behind, though, as she now accepts them openly and established her own new interpretation of it: “I guess I’ve gotten older and more sentimental, and I’ve realized that the love song is just the modern equivalent of the devotional.”

The music video for “Doors” features Polachek singing through a window, gazing at the night sky, dreamy and wondrous. The singer wanted something different with this music video; to have “nothing repeat”, to enable the viewer to really “marinate” in a particular scene and then move and never see it again, to elongate the song so “you’ve really been on a journey”.

Polachek also speaks out on the meaning of her upcoming album, an LP that seems to lean a lot on Polachek’s own personal emotional experiences, as she says, “it’s really just about how a person can enter your life and change its course. Love sends you down paths you never could have imagined, and new worlds open up within that, then new worlds within those.”

Despite no confirmation regarding the release date of this solo record, press materials state that a bigger solo project is set for release later this year.