The Beirut Explosion and its Impact on Lebanese Designers

The Beirut Explosion and its Impact on Lebanese Designers. With a catastrophic explosion hitting the city of Beirut earlier this month, this is how Zuhair Murad, Elie Saab, and Sandra Mansour are impacted, and what is next up for the designers.

On August 4th, the city of Beirut experienced an explosion that left behind 220 casualties as well as major damage in the city’s infrastructure. The blow has caused around 300,000 citizens homeless, as well as the loss of historic neighborhoods in the city. “The damage is unbelievable,” says Zuhair Murad to Vogue.

The Lebanese designer experienced major damage at his 11-store headquarters. The office that contains all his lines, including his couture, bridal and ready-to-wear were severely affected but thankfully all of his staff members are safe. Murad mentioned that he just left the office around 10 minutes before the explosion took place and suddenly seeing a mushroom-like cloud above him with sirens and glass shards everywhere. Zuhair Murad Headquarter in Beirut after the explosion. Image courtesy of Zuhair Murad.

Despite the destruction of the company building being mainly physical, the damage affected Murad emotionally as well. For someone who has been building up his label since 1997, the damage of the office building felt like all his efforts and milestones from the past decades just shattered within moments. “I couldn’t help myself: I cried like a child,” he recalls to Vogue, “The effort of many, many years went in a second, it’s unbelievable – I built these offices stone by stone, day by day. It was a very sad feeling, I cannot express my sadness and my sorrow.”

For Elie Saab, another Lebanese designer, the effects of the explosion hit both his office and his personal home. With his home being located a few hundred metres from the port, Saab had to witness first-hand a direct damage the explosion has caused to a loved one. Saab mentioned to Reuters, “I saw my son covered in blood, I could not believe it. I said okay, he is wounded, but it was okay, it was just cut to his head and arms. But it was 15 minutes that felt like two days long. It was not just because it is a father and son thing, it was because we all work together as one family under one roof.”

Saab started his label during the peak of Lebanon’s civil war as well, “It was the same smell, the same dust, the broken glass. Honestly, we did not want to relive this and it was not necessary,” he recounts. Although the explosion has caused major damage to the brand’s headquarters, he and the team are determined to get back up onto their feet and carry on working starting August 20th to ensure their Paris couture show scheduled for September carries on.

In Sandra Mansour’s case, the explosion took place when she was on the phone with her mother, and suddenly the line cut out. She tried calling her mother several times after the line got cut off, then attempted reaching her father, and then realized that all the phone lines at that moment were down. After her boyfriend picked up her call, he notified her of the explosion that just had happened.

Mansour’s home that was located above her label’s headquarters were damaged heavily from the blow, with glass shards splattered around the area. Much like the two previous cases, her label’s atelier and show were completely destroyed, but thankfully all her staff was safe. Despite her not being physically there as the incident happened, she still heavily felt the misery of the aftermath of the even. “I’m terrified to go back, and I’m scared to see everything in person. But I have to-it’s my home, and it’s where my team is. Seeing them is what gives me hope.” she confesses to Vogue. 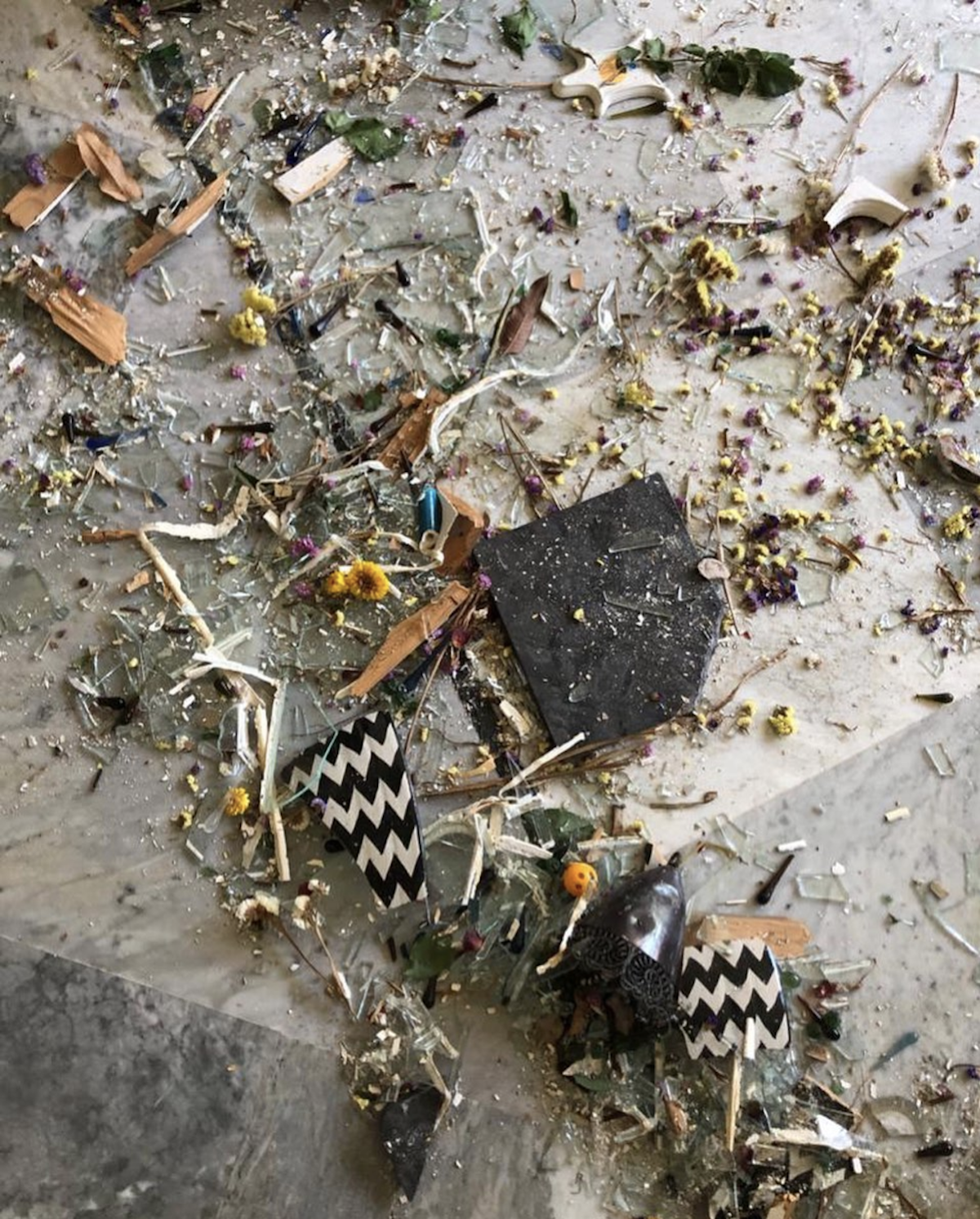 Mansour was originally supposed to launch her collaboration with H&M on August 6, right after the explosion took place, but the release has then been delayed to the 27th. In solidarity with Mansour, the Swedish company has also promised to donate $100,000 to the Lebanese Red Cross.

Although the damage is catastrophic, the designers are determined to build back their businesses to what it was before and carry on. Saab is persistent that the brand must go on, and that hopefully, his team will be able to resume working by the end of the month, while his house goes through a rebuilding. “It will be an experience but we need to move forward,” says Murad, “We are a very resilient people. We want to be happy. We are positive and ambitious. And we will never give up.” (Text Vanya Harapan)