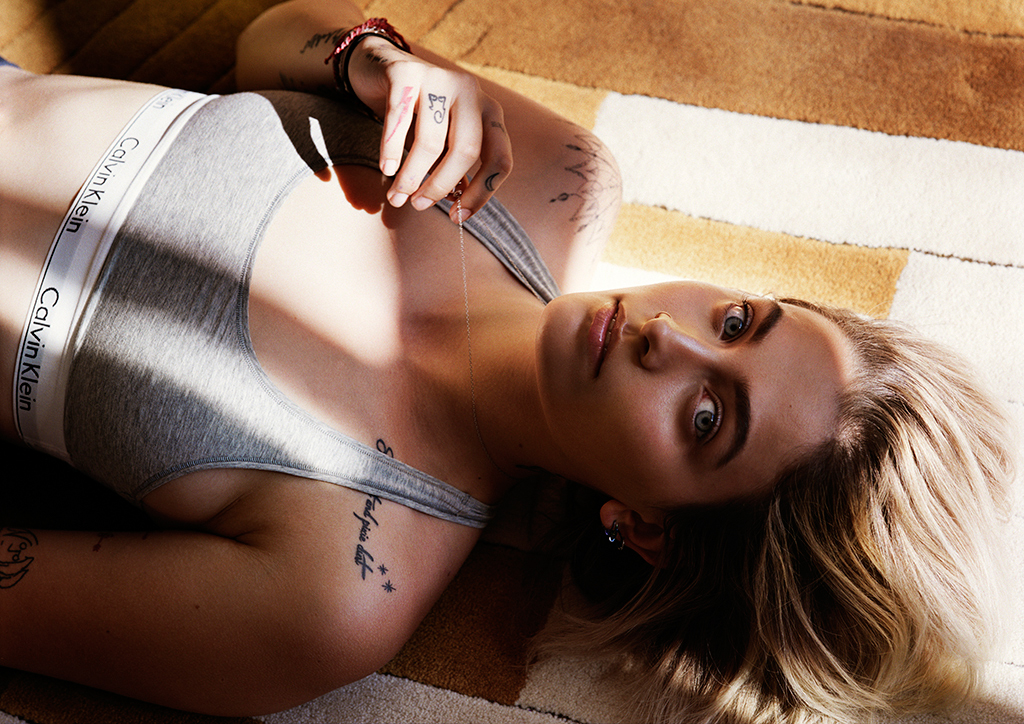 The xx Teams Up With Raf Simons and Paris Jackson for “I Dare You” Video. Directed by Alasdair McLellan, the video is also a result of a dream collaboration with Millie Bobby Brown.

The xx comeback has been so overwhelming (in a good way) that you can’t help but caught up in the beautiful emotion of their newest album “I See You” and yesterday they dropped another single called “I Dare You”, continuing the aesthetic direction from Alasdair McLellan, the video is also a result of a dream collaboration with Raf Simons of Calvin Klein.

According to the statement by Calvin Klein, Simons has been a long-time fan of the band and was drawn to creatively collaborate after seeing McLellan creative direction for the band’s “On Hold” and “Say Something Loving” video. In this video he teamed up with McLellan to create and direct the aesthetic visual with the help of Calvin Klein’s muses including the daughter of King of Pop, Paris Jackson, “Moonlight” actor Ashton Sanders, models Lulu and Ernesto Cervantes and the “Stranger Things” actor Millie Bobby Brown, all of whom have appeared in the brand campaign. All of them who are obviously dressed in Calvin Klein, acted like in a typical 80’s teen movie started with Brown missed the school bus in a not so fashionable way, then she coming home to her sister who is plotting to do some teenage hooked up but ended up with her little sister Brown coming along. In another scene, Jackson who is looking unbelievably beautiful, coupled up with Sanders and all of them ended up in the same place, dancing to the xx who are performing in a private house.

In the release, The xx described their video as “our love letter to Los Angeles, a city close to our hearts where we wrote and recorded parts of our album I See You”, and also the band confessed their gratefulness to McLellan, “This is the third video, our friend, the wonderful Alasdair McLellan has directed for us. He collaborated with a hero of ours, Raf Simons on the creative concept and direction.” Watch the video below: