What’s the best piece of advice you’ve ever received from anyone in the fashion industry?

Samson Leung: Willie Walters, previous course director for fashion at Central Saint Martins. She taught me during my first year, and she once said to me: “You are here to create, and imagine the future of fashion, what people would be wearing in the next 5, or 10 years, that’s what you’re doing here. You’re not a follower but rather a trendsetter.” It has stuck with me since.

Samson Leung: We put ourselves in a box and get comfortable too easily. I was once taught that you learn the most when you put yourself in the most uncomfortable situation. I tried it and it’s true! So now it’s your turn!

For your final collection at CSM, why did you decide to name it “Dear You, he said”?

Samson Leung: Often “Dear you” is used in letters for respect and close relationships but my title is meant to serve as an intimate dialogue conversation between my audience and myself. A little bit like old friends trying to catch up.

Why did you use Shan Shui paintings, specifically He Jian Chen’s rock paintings as your inspiration for this collection?

Samson Leung: In ancient Chinese culture, an artist doesn’t paint himself or herself as self-portraiture as in western culture. They use Shan Shui paintings to reflect one’s inner feelings. If you look at his paintings closely, he uses such harsh strong colors which feel very complex in order to create an intense mood, but the contents that he paints and the juxtaposition often feel very light, peaceful and whimsical. I found his rock paintings similarly represent the feeling of being overwhelmed I was trying to express. His painting to me is like self-portraits of myself, almost representing the various stages of being overwhelmed yet feeling very contained and restricted. 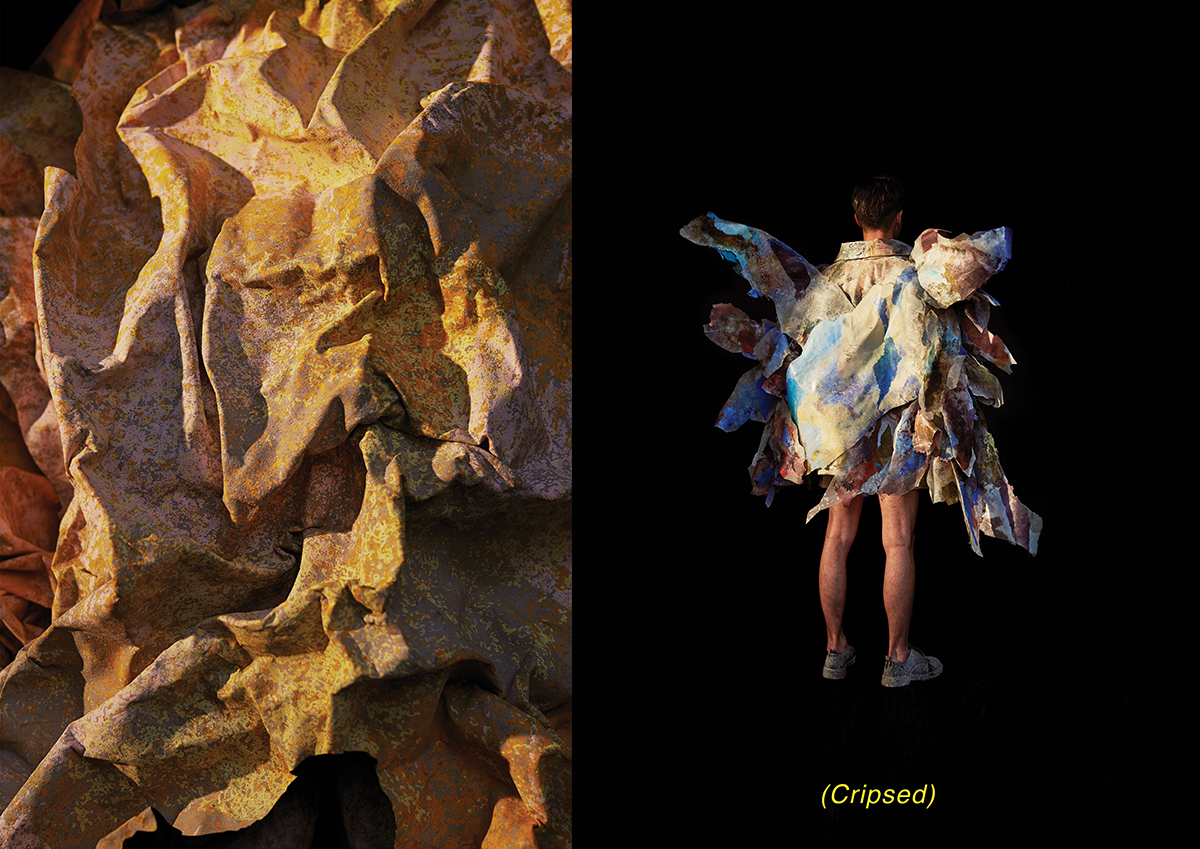 Can you tell us a little more about the slime making process and what made you decide to create “wearable” slime?

Samson Leung: So the slime material that I created was a malleable material that when it was cool, it stayed stiff and when it was steamed, it was soft as leather and could be molded and stitched. I spent three months prior to my final year of experimenting. I was initially really interested in cinematic grains texture on screen and I wanted to try and recreate it. During that time, slime was a big hit on Instagram, I came home one day from work and decided to make slime; the rest was history. However, it took me quite some time to figure out the perfect recipe to create the slime the way I wanted it to dry. For example, if you used Borax in the slime, when it dried it became very brittle and fragile. However, in the end, I managed to create the slime you see in my collection, it’s unique, and it’s something you’ve never seen before. It’s basically a wearable art piece. It changes form according to a different temperature. That’s what I like about it. You can call me a slime expert! Haha! 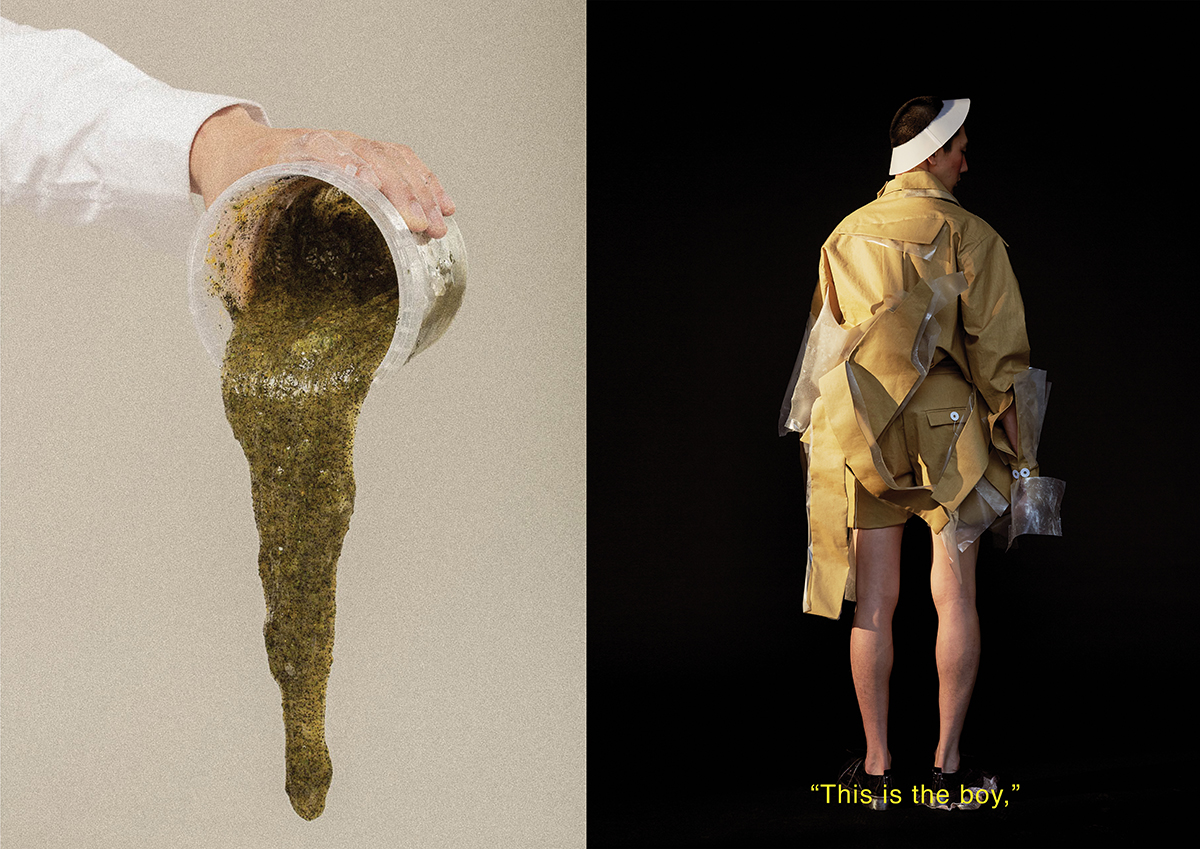 What kind of production techniques goes into making your collection?

Samson Leung: Other than screen printing and weaving with paper yarns, I also developed an oil paint print transfer technique that allowed me to build layers of colors and opacity and transfer them onto the surface of any fabric as well as my slime. If you look closely into my collection, I worked with various types of fabric as well, such as a plastic knitted fabric in which I had it made. Even the envelope buttons had to be treated before I could sew them onto the garment! There were just a lot of hours on sourcing, prepping and creating the material before even sewing!