Urs Fischer’s ‘PLAY’ Lets You Dance with Chairs. An exhibition conceived by Urs Fischer – known for his whimsical creations – ‘PLAY’, is currently on view at Gagosian’s Chelsea space in New York.

So much more than an exhibition, this mind-boggling installation makes you think if your daily activities have probably been choreographed down to the minute detail by someone or something. ‘PLAY’ is an intersection of sculpture, behavior, and choreography. The main idea of it is to turn mundane and inanimate objects, in this case chairs, into mobile interfaces.

‘PLAY’ features seemingly alive nine bright and bold-colored office chairs that are controlled by artificial intelligence to perform an autonomous dance and interact with visitors by zooming around or away, and swarming in groups. Fischer collaborated with Madeline Hollander, a New York-based artist and choreographer to set specific gestures, movements, and behavior sequences for each chair. They are designed to have subtle different personalities when they roll around the gallery’s extensive open space ‘of their own accord’. 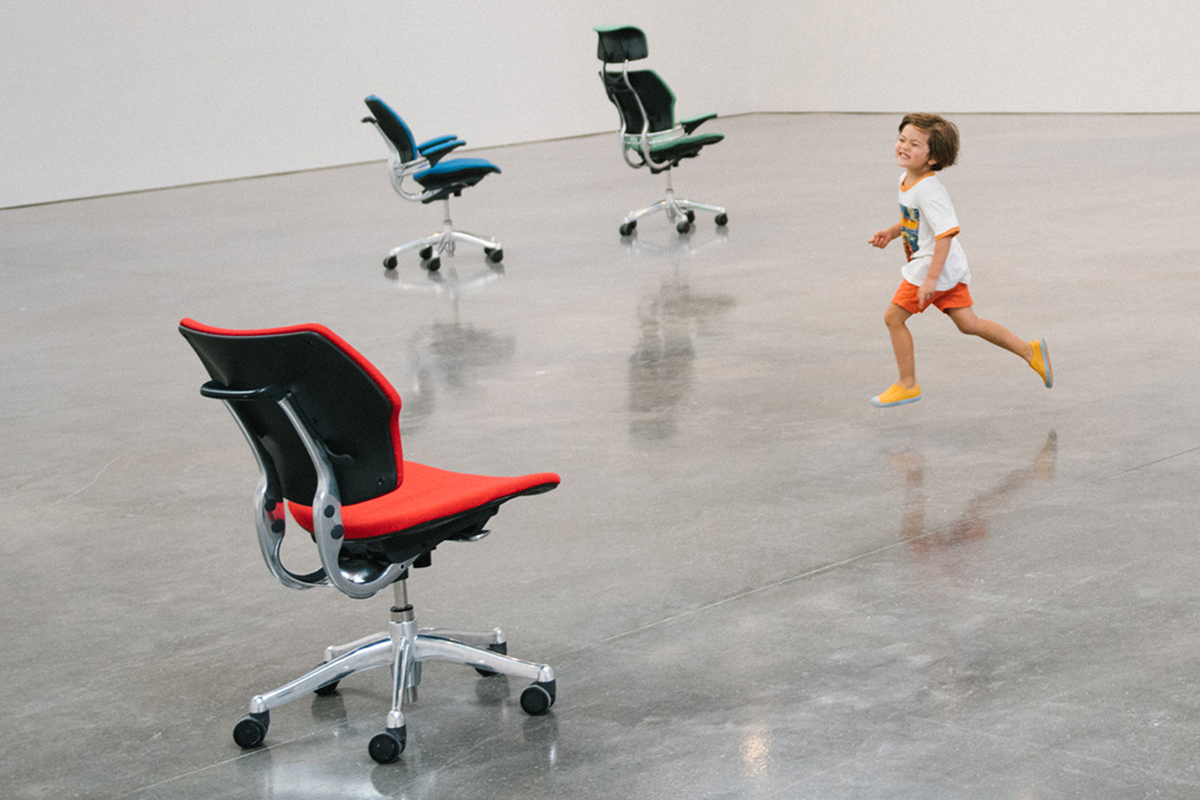 Refusing to make just another ‘boring’ art piece, Fischer wants to have a little fun. In an interview, he stated that “People seem to fear art. Art has always been a word for this thing that can’t be rationalized; when you see or hear something that you struggle to explain. But that’s its strength, of course, that’s what the word “art” is for.” This exhibition inverts the usual routine of placing an artwork in the gallery for people to circle and view. Instead, the herd of functional chairs scatter around so everyone can participate in the ‘dance’ and interact with the objects. The concept brilliantly opens up a whole new level of imagination, as visitors might realize that they are observing you just as much as you are observing them.

Having no aim or a fixed narrative whatsoever, the artist does not want to box his artwork into a predetermined model. It is a new language, and it can be anything. It is not just a robot chair, a scientific experiment, or an artistic performance. There is always something happening depending on one’s interpretation.