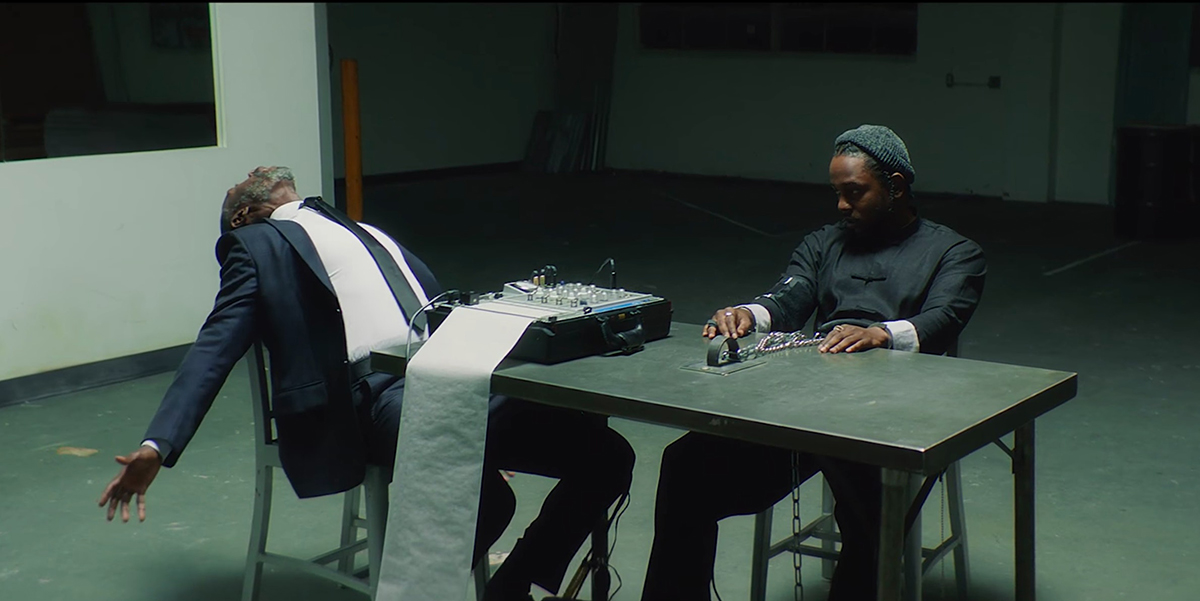 2017 is another Kendrick Lamar’s year because he just dropped another powerful album “DAMN” and recently unleashed the second visual titled “DNA”, directed by Nabil and The Little Homies. The showstopper video that gained 7 millions views in less than 24 hours opens with Kendrick Lamar handcuffed to a table and hooked up to a polygraph machine as actor Don Cheadle who portrays a cocky interogator walks in to the scene and breaks the silence saying “Kendrick Lamar, two first names, huh? What the fuck is up with that? You know what DNA stands for? Dead Ni**er Association.”

When the song started to play, the polygraph machine brokedown and electrocuted Don Cheadle, while in the background we can hear an audio clip of a Fox News segment when they criticizing Kendrick Lamar’s lyrics about police brutality. The possessed Don, who then perfectly raps the lyrics of “DNA” back and forth with Kendrick, ended up set the rapper’s free. Kendrick who has a new nickname “Kung Fu Kenny” dressed in all black Kung Fu robe walks out the interrogation room just to be greeted by his homies including Schoolboy Q who ended the video perfectly with a punch.

Along with “DNA”, Lamar’s new album “DAMN”, included the songs “HUMBLE” and “FEAR”, as well as collaboration with Rihanna, U2 and many more, became Kendric’s first proper album since the release of To Pimp a Butterfly in 2015. Watch the video below.