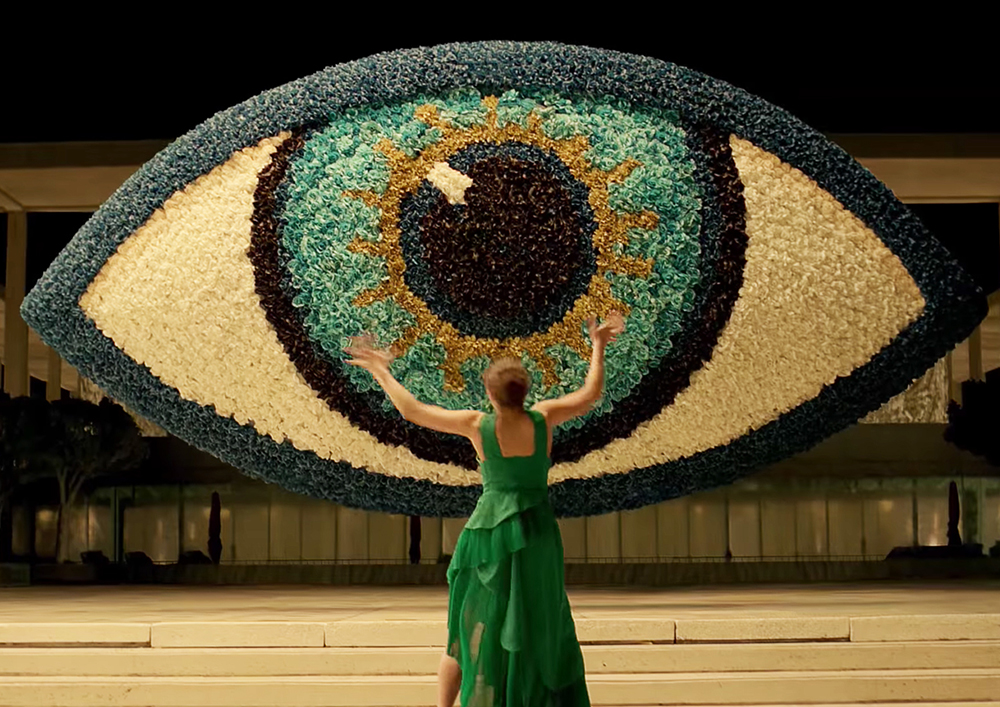 Watch: Spike Jonze directed a totally wild short film for KENZO World. This might be the best perfume ad of all time.

Spike Jonze just directed a totally wild short film for the company’s new fragrance KENZO World. His latest commercial, shows what may be best described as a perfume rapturing. Actress and dancer Margaret Qualley (star of The Leftovers and Andie MacDowell’s daughter) works herself into a full-body perfume frenzy choreographed by Ryan Heffington, the choreographer of Sia’s “Chandelier.”

The four-minute ad feels a lot like the music video he created for Fatboy Slim’s “Weapon of Choice”—the one where Christopher Walken goes from a dead calm to a full-on Gregory Hines impression in the public spaces of an expensive-looking hotel. Only this time, the beat consumes Margaret Qualley as she slays a frenzied, modern dance routine involving lasers shooting from her fingers, a brief ballet break, and superhero leap through a giant, colorful, hovering eye.

The music for the production is “Mutant Brain” by Jonze’s own brother Sam Spiegel, along with Ape Drums featuring Assassin, provides the film’s soundtrack and the short also functions as the official music video for the track. The short film, while delightfully fun to watch as its own unique little slice of art, is ostensibly a commercial for the new Kenzo fragrance, but that’s something that doesn’t become readily apparent to pretty late in the game. You can enjoy Jonze’s crisp direction and Qualley’s enthusiasm and verve for nearly three full minutes before being pushed — and in a whisper, no less — to even consider purchasing the perfume. Not too shabby. Watch all the craziness below: