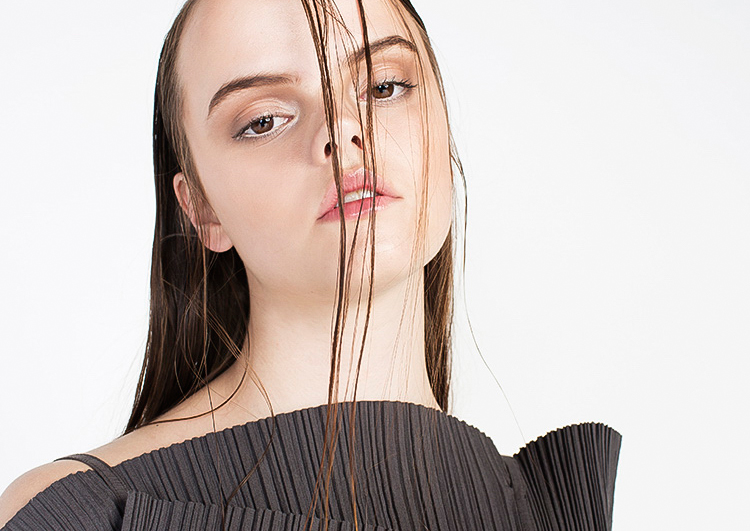 In the history of Art and Design, Fashion always has its relation to Architecture and Decoration. Both the developments of Building and Costume are a symbol pool of the development of human intelligence in conception that led to a greater Industrial and Economic expansion.

In our 4th year Anniversary, we revealed it in a profounder form, Geometry as our theme has specified configuration and a visual language to designers and makers for centuries. Today, design drew upon the classical world’s geometrical principles and set in chain new traditions of their relevance to other objects. In our 14th Issue, we desire to observe the determination of ingenious people that never stop to innovate, make changes, inspire the world with their hard work and consistency in the name of people and well future.

The creation/action by Vivienne Westwood, Yohji Yamamoto, Martin Margiela, Rei Kawakubo, and more is rare. The authenticity of each Designer brought us to their ground of shape, structure, volume, line, cutting, and abstract of geometry that shown their appreciation of human evolutionist before them. They were never stopped making an impact of today’s fashion industry.

As we speak further more, this issue is dedicated to my personal mentor over the last 1 year, Winda Malika Siregar. We invites her to curates our 4th Anniversary within the scope of the Art of Geometry. To begin with, there’s the way she looks: her facial features and the energy she gives of slightly recall the rock icon. She is quick off the cuff, delivering an answer in a split second, her remarks always insightful and her judgment ever clear-cut, but never cutting. She’s a person who describes a class, elegance, and an undeniably free-spirited character. Even though she is the very heart of the fashion world, Winda is not intimidated by celebrities, money, or fame. She’s having fun.

In this special issue, we invited the 17-year old Melbourne native Melissa Juratowitch to be on the cover for our celebration. Melissa is not your typical model, one that you usually see when flipping through pages of fashion magazines. With her amazing facial symmetry, what she claimed as “seven finger forehead”, her unusual facial feature was exactly the thing that nabbed her a spotlight. She is one of the three Australia’s Next Top Model grand finalists of 2013, and has been slowly rising after she marched onto the stage to collect her deserved crown last year.

As how we see her career progressing just as we see ourselves over the last 4 years. Now I find it strange to look back to where we started; the birth of this magazine, when our moments struck with the exploitation of the digital world, sending shockwaves of information around the world for years to come. Even as question marks hang today over young people’s future, it’s an era that continues to inform and shape our culture in the last four years, and the small, quarterly published fanzine that came into existence at that time still aims to bring that spirit of unity, optimism and non-conformity to a world that’s changed almost beyond recognition. Happy 4th anniversary, DEW! (Text Teuku Ajie)