Private Eyes: Slowing Down to Shine Brighter, a Talk with Hikari Mori

Private Eyes: Slowing Down to Shine Brighter, a Talk with Hikari Mori. Get to know the star’s roots and how she perceives the importance of balance.

Model, social media star, fashion icon, what can’t this girl do? Like the literal meaning of her name suggests, Hikari Mori was fated to be a star. At only 29 years of age, she has been invited to sit front row at various fashion weeks for all the hottest brands, and modeled for countless astounding editorials with over a million Instagram followers tracking her every move. She might have been born into the glitz and glamour of the fashion industry, but the star has made a name for herself in her own right.

She describes herself as an “out-of-control control freak” with an eclectic taste in fashion: “I’m all over the place with my personal style. I love fashion but it does not dictate my life,” she says.

As the granddaughter of fashion designer Hanae Mori, fashion has always been part of her life. “‘Mama Mori’ will always be the Almighty to me. We all grew up knowing that she was a pioneer […] We are a fashion family. I had many interests but at the end of the day, I think fashion found me instead of the other way around.” Mori grew up as the youngest sibling, with her older brothers and sisters all being around ten years older than her. 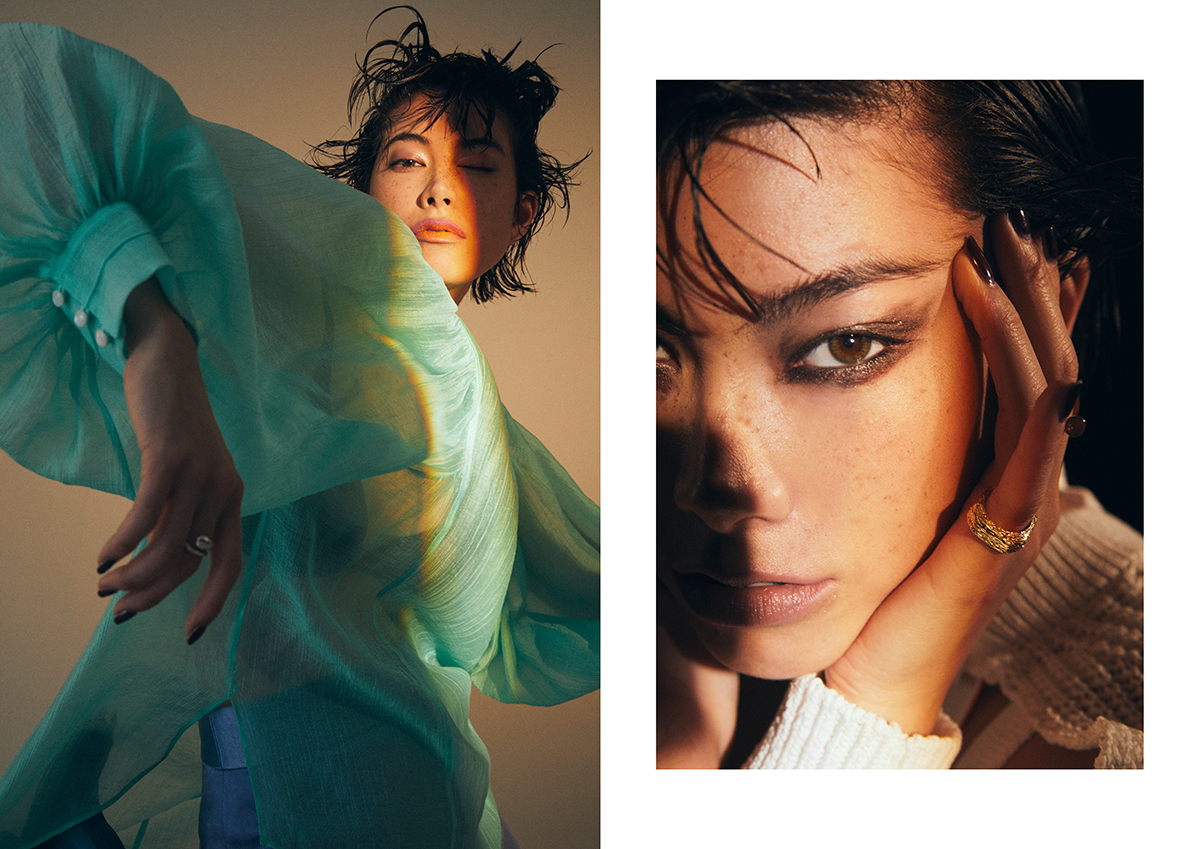 “I felt a bit isolated from my siblings because they were all grown up when I was born. It was kind of lonely.” But despite that, her childhood was a memorable one. Raised by an American-Italian mother and Japanese father, Mori was blessed to be surrounded with cultural influences from both the West and the East.

Initially, the star didn’t really have an interest in modeling, as her early experiences of being scouted were often uncomfortable. “I remember walking down Takeshita-dori with my Mom and sometimes scouts would literally chase me down the street. It felt very weird getting chased by a grown man at that time and to be honest, I didn’t like it!”

“It’s okay to feel sad and dark sometimes. We need that sadness sometimes to feel grateful, happy, and positive. I feel like to experience and feel all kinds of emotions is what we call ‘healthy’. It doesn’t have to be black and white.” – Hikari Mori

But after watching and observing how her grandmother held various auditions in her own office with beautiful models strutting in and out of the atelier, she started to open her mind towards giving modeling a shot. Now, many years and plenty of shoots later, Mori has truly developed into becoming a captivating model. So how exactly would she define a good model? “A good model is someone who is comfortable in their own skin. The posers can come off as being insincere. If you love and believe in what you do, it will be natural and successful,” she advises. When we ask her how she would describe a good on-set experience, she replies: “It’s all about teamwork! A good shoot is like a Swiss watch … Everyone working together in harmony and doing what they love.”

Besides being a renowned fashion model, she has also dipped into television and commercial projects but has no plans on a further exploration into the film world. She reckons the industry is a world with extreme ups and downs, and to venture into that brave new world, one has to have an extremely strong mentality. In fact if it weren’t for fashion, Mori would choose to live a simple life: “I would own a farm. I would grow veggies, herbs and own farm animals. That’s my dream.”

Her apartment now features a meditation area, complete with a tea set and her paintings, “There is so much noise in this era that we forget what we really feel inside. Just playing with colours and calming myself with natural herbs lets me detox my mind, forget who I have to be, and focus on my own inner voice.” 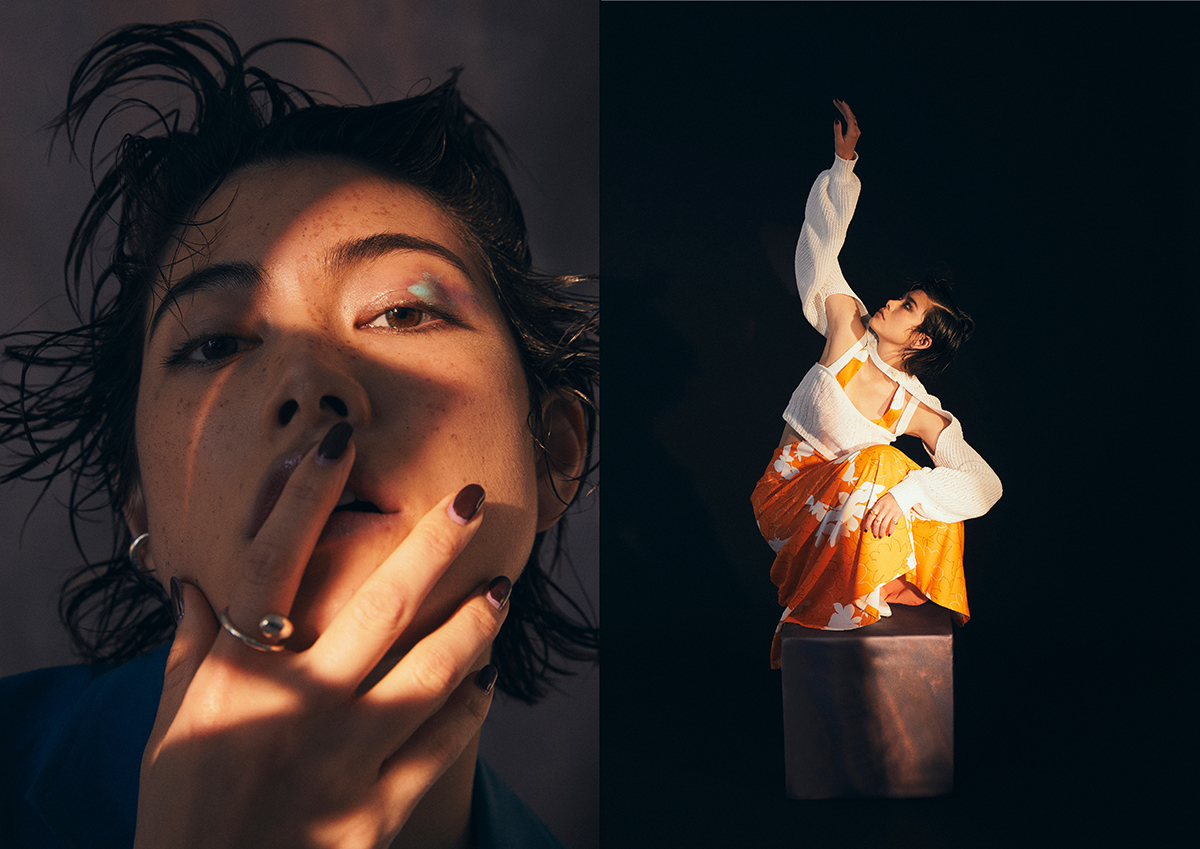 Meditation might seem to contradict her hectic daily life, but she finds it necessary to help her refocus. She has also taken an interest in hammock yoga for a change in her workout pattern: “It balances how you use your muscles so I like how my body, mind, and soul feel more balanced since I started.”

Outside the limelight, with the chaos that came swinging at us last year, it’s no shock that the star is now prioritizing mindfulness and wellbeing. As someone who’s been living in a fast-paced, jet-setting world, there’s no doubt that there will be times where negativity and doubt take over when it all stopped. This is why she is making the most out of her spare time to slow down and recollect herself. To anyone who’s trying to live a more mindful life, “Try to find your own balance,” she advises warmly, “It’s okay to feel sad and dark sometimes. We need that sadness sometimes to feel grateful, happy, and positive. I feel like to experience and feel all kinds of emotions is what we call “healthy”. It doesn’t have to be black and white.” (Text Vanya Harapan)