Ann Demeulemeester is Back to Life in Antwerp

Ann Demeulemeester is Back to Life in Antwerp. Contemporary fashion’s queen of goth is back!

Cult-favorite fashion brand Ann Demeulemeester is reopening the doors to their flagship store in Antwerp. The reopening will be part of the brand’s relaunch to become a more holistic lifestyle brand and good news to all Antwerp Six fans: Demeulemeester herself will also be back in being creatively involved throughout this project.

Just a quick catch up for all you who might’ve heard the name somewhere but can’t recall from where exactly, Ann Demeulemeester is a Belgian fashion designer who was one of Antwerp’s Royal Academy of Fine Arts graduates that were part of the “Antwerp Six”. After her graduation, Demeulemeester quickly rose to fame known for her minimalist and contemporary take on the gothic, punk, and bohemian-ish aesthetics. In 2013, the designer decided to leave her namesake brand and decided to let designer, Sébastien Meunier, take the artistic lead for the brand, but he too had decided to leave the brand in the middle of 2020. 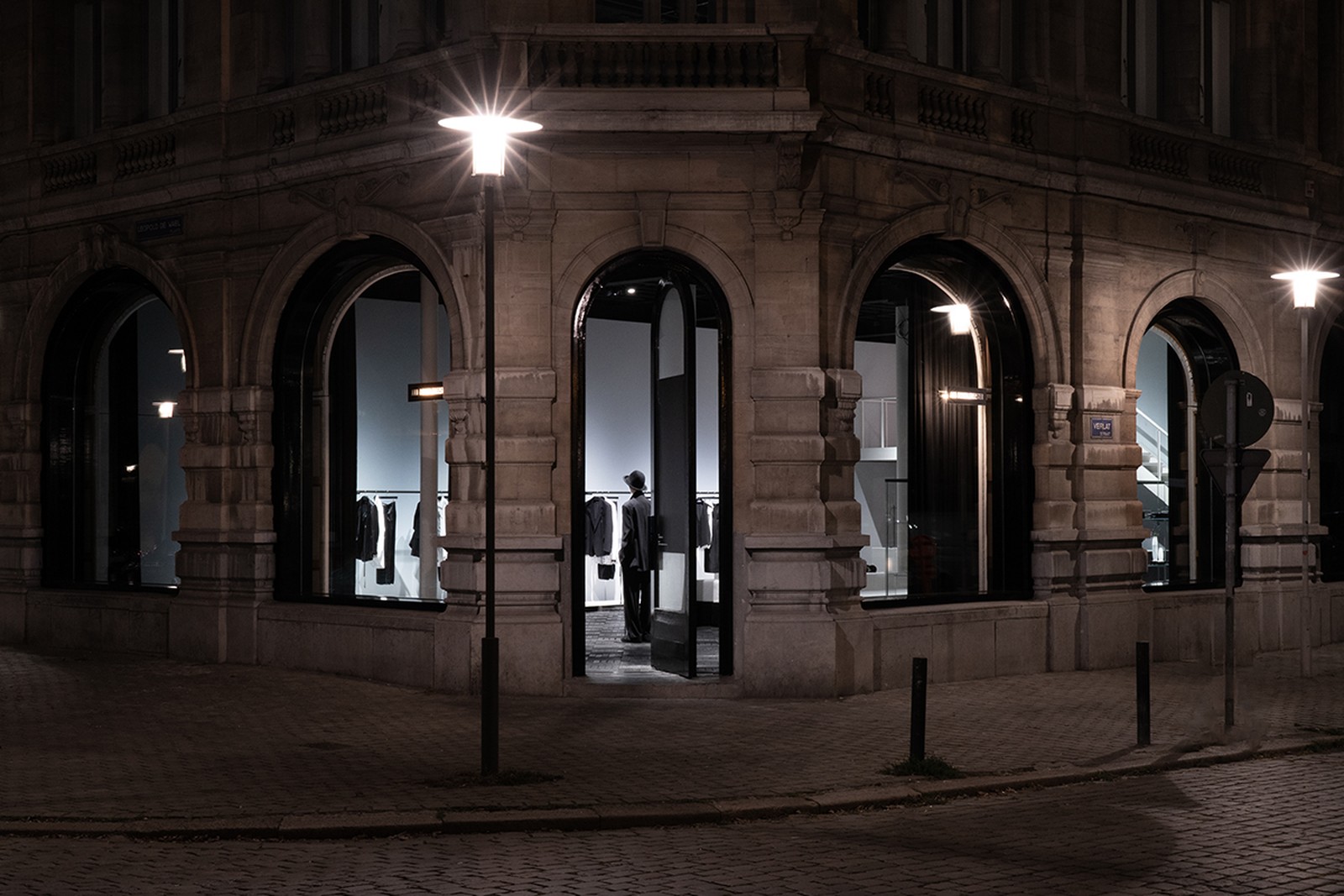 After Meunier’s exit, it was recently announced that Claudio Antonioli, a fashion entrepreneur who co-founded the New Guards Group, has acquired the Ann Demeulemeester brand. This new acquisition allows Antonioli to have access to Demeulemeester’s archives, its showroom in Paris, and even the headquarters in Antwerp. Although the brand might not have found a new creative director yet, and the thought of an entrepreneur helming a cult brand might leave fans hesitant, this new beginning for the brand will also bring back Ann Demeulemeester’s creative involvement — something that a lot of fashion enthusiasts have been anticipating.

The new and renovated Ann Demeulemeester flagship store was designed by the designer’s husband himself, Patrick Robyn. The two-story space that was once a government lab still has its original cold grey colored exterior, but the inside has been refurbished to a minimalist’s dream, with clean lines and a monochrome color palette being the focal point for the store. The store definitely seems progressive and high-end, but you definitely won’t find any stereotypical definition of luxurious design found in the renovated space. 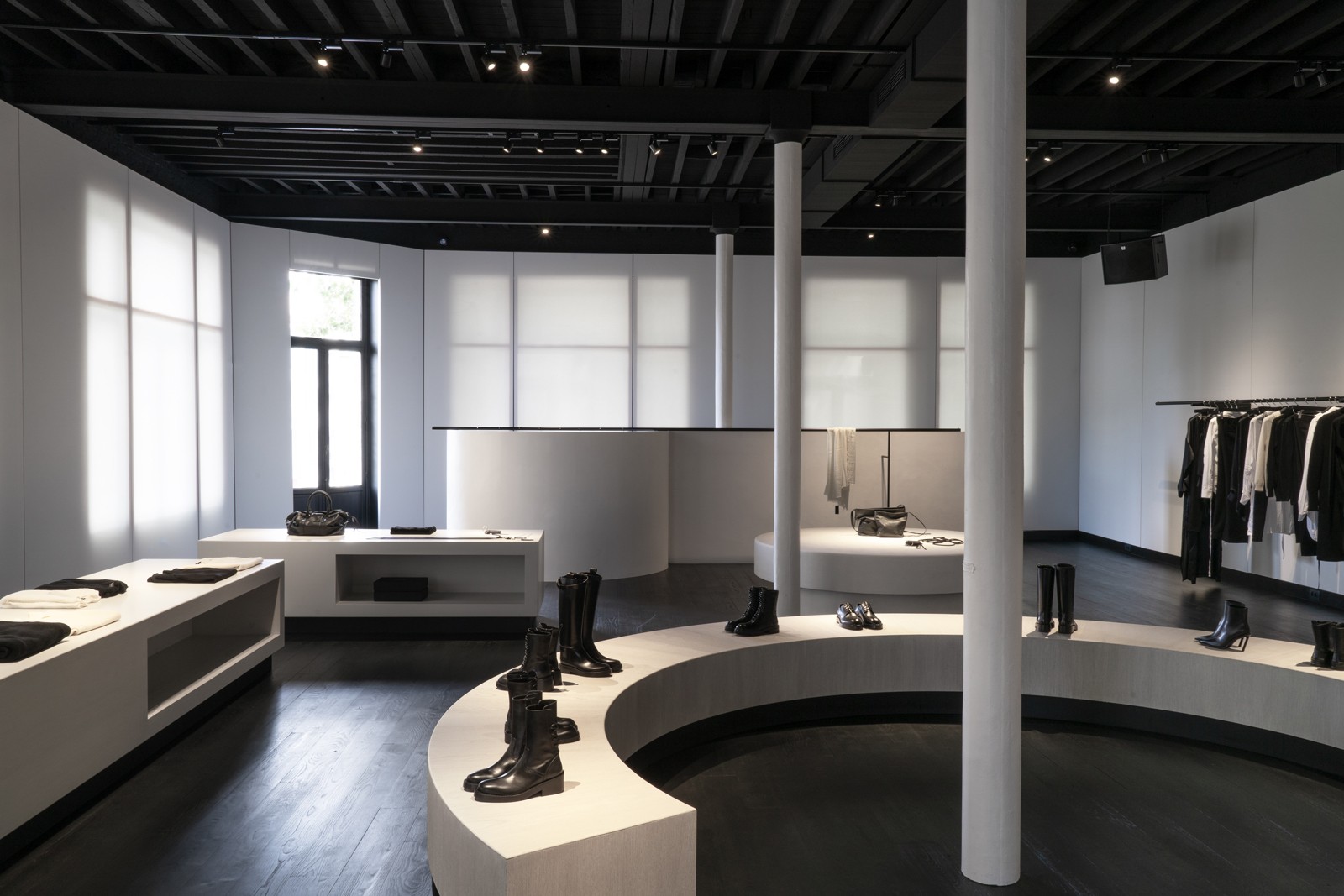 ​​“I don’t know if chic is the right word, but I wanted to introduce some feeling of luxury, which was not really a concern the first time,” says Robyn to HighSnobiety, “I wanted to show a different kind of luxury, ​​I have nothing against ‘noble’ materials like marble or chrome, but have always been impressed by people who can make beautiful things with humble materials.” The store offers both the brand’s homeware and clothing line, so for those Demeulemeester fans who are planning to visit the landmark but are on a tight budget, worry not as you could probably still afford a souvenir piece.

As people look forward to what this reopening will lead to in terms of the future of the brand, Ann Demeulemeester herself will be back! Although she won’t be directly designing the next collection, she will oversee the brand’s ongoing and future projects from a more advisory position. (Text Vanya Harapan)