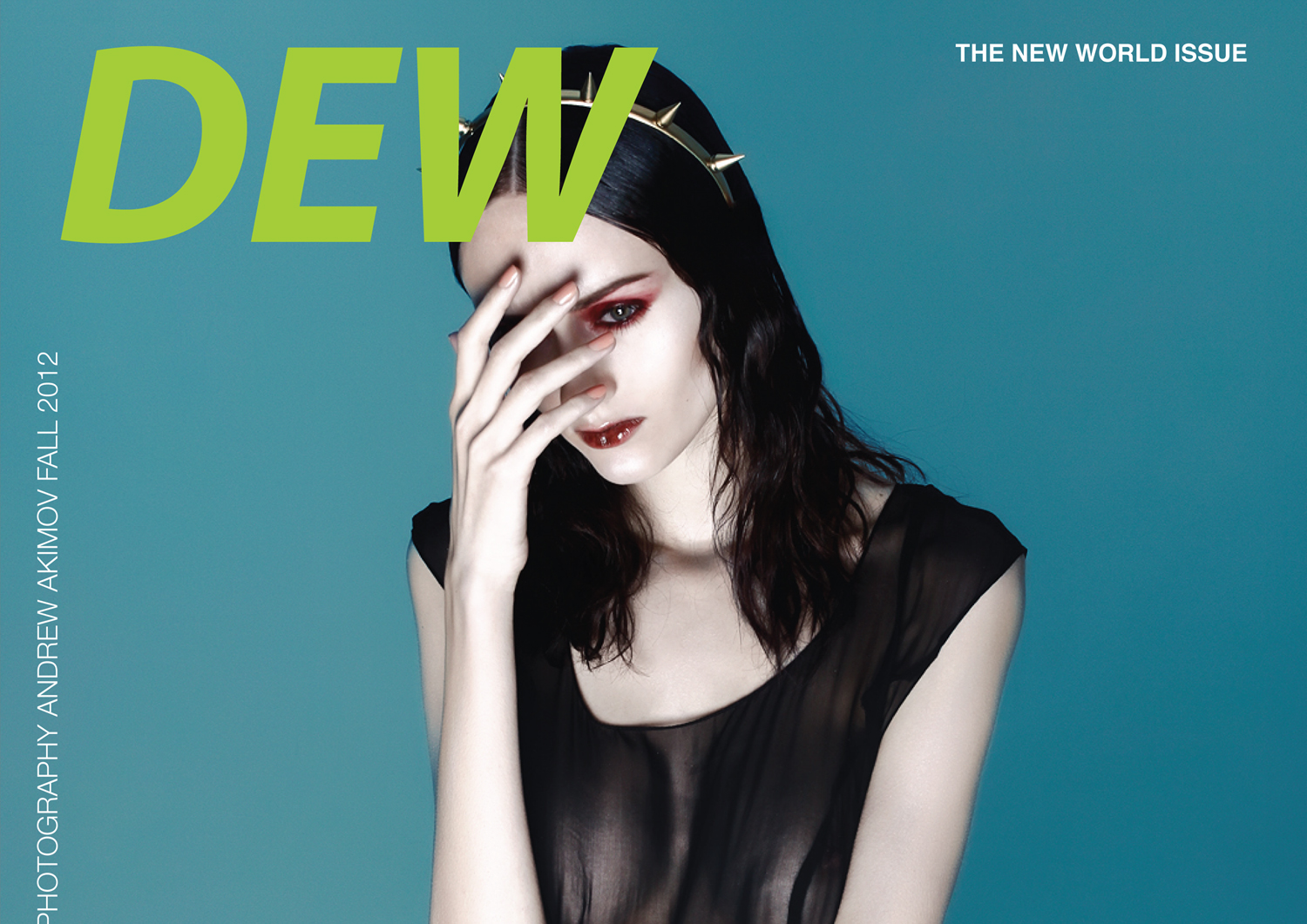 Home
Issues
DEW Magazine #6 New World Issue is officially published today. Now is accessible online, exquisite cover story Natalia Andriyasova photographed by Andrew Akimov. DEW 6th Issue Fall 2012 is about clashing cultures, aesthetics and lifestyles that fuse at the point of impact. We try redefine luxury, traditional cultures, which morph from an often negative movement into a more positive and liberating one.
On these day new channels of accessibility make it possible to redraw global history to include multiple perspectives. in other words opposites can do attract, create a new cultural aesthetic by mixing brands, styles, values and icons that embody their cultural origins.
Paying a tribute for an Italian born and London based “Jewelery-Wear” designer Maria Francesca Pepe, We feature her recent collection that represent the power of love and romance. Another exclusive coverage is Nikicio “WAR” Mixte Autumn Winter 2012, this time Nina brings the theme of war and explained the idea of woman that willing to go to war, in defense of stance and romance, but most importantly of existence. We also highlight Fahrani Empel, an Indonesian Icon known from her naturally and successfully transitioned from model and actress to designer and environmental activist. Alongside with her latest project for her own avant garde eyewear label CAST Eyewear (being featured on Australian RUSSH, Vogue Japan, GRAZIA Paris and been picked up by Nicola Formichetti for Lady Gaga), we paying a tribute to save Borneo forest with CAST limited editions. We completed this issue with 13 editorials submission,  4 review for best international film festival attendees in recent months and essentials review for Metric and Niki and The Dove for they latest critical albums.
Overall we dedicate ourselves in this issue to the legacy of the future, to sense a new world with mutual understanding, and openness among fellow. Be inspired.