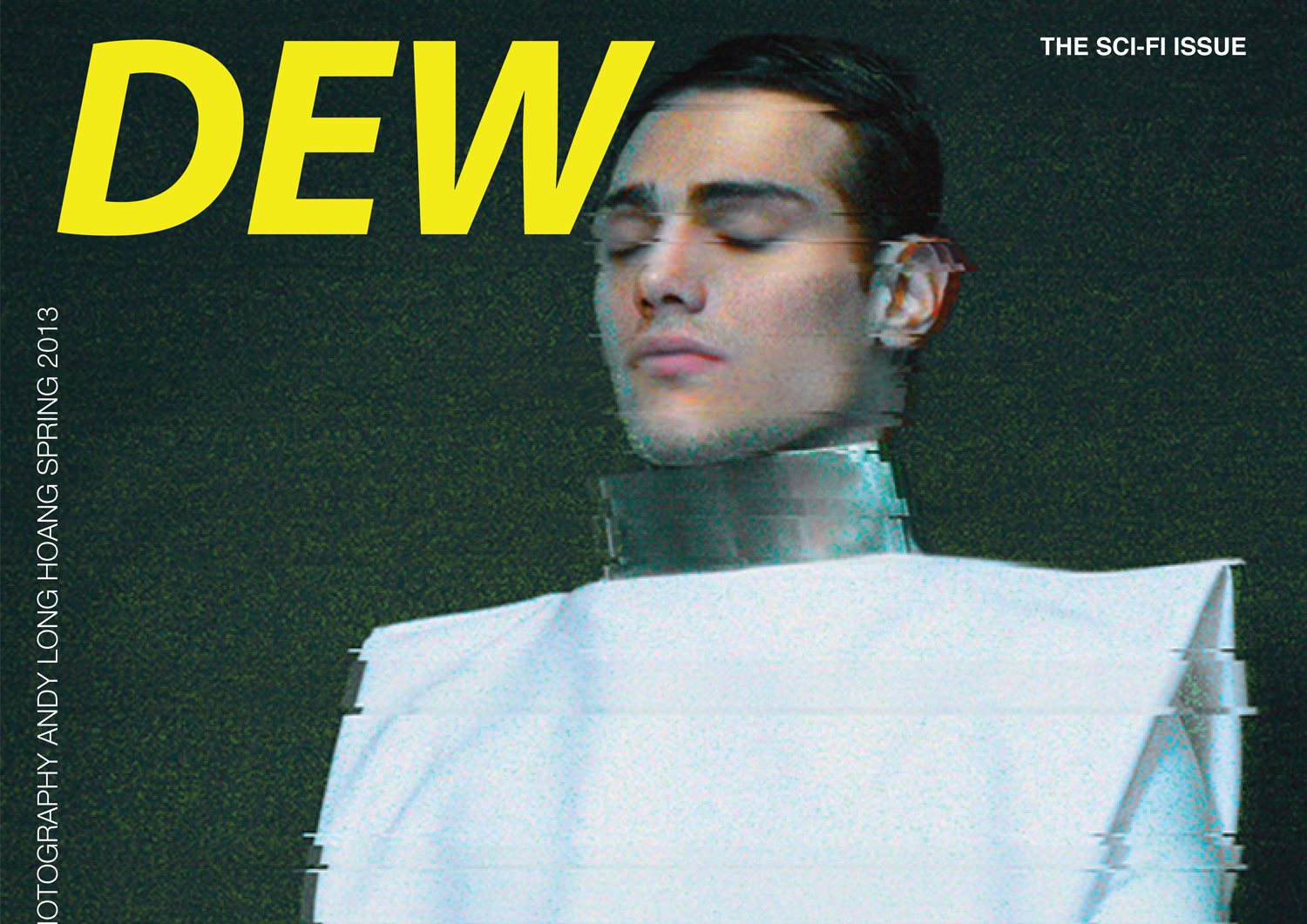 Once again we’re so thrilled to announced DEW new issue is officially published. At this moment we travel back through time within Sci-Fi timeline approaching new era of science and technology.

Science fiction has criticized developing and future technologies, but also initiates innovation and new technology. Technology impacts artist and how they portray their fictionalized subjects, but the fictional world gives back to science by broadening imagination. Exploring the consequences of scientific innovations is one purpose of science fiction, making it a “literature of ideas”.

We’ve seen Sci-Fi creates a pathway through the jungle of modern science and technology. It lets us into a secret visual world that once was fantasy but is now real, and gives us practical options for changing our lifestyles. We underline the era of Fritz Lang into Kubrick, from George Lucas into J.J. Abrams until we arrive at a sentence: “what’s to come as the inspiration in Sci-Fi history is now become a new desirable aesthetic in reality”