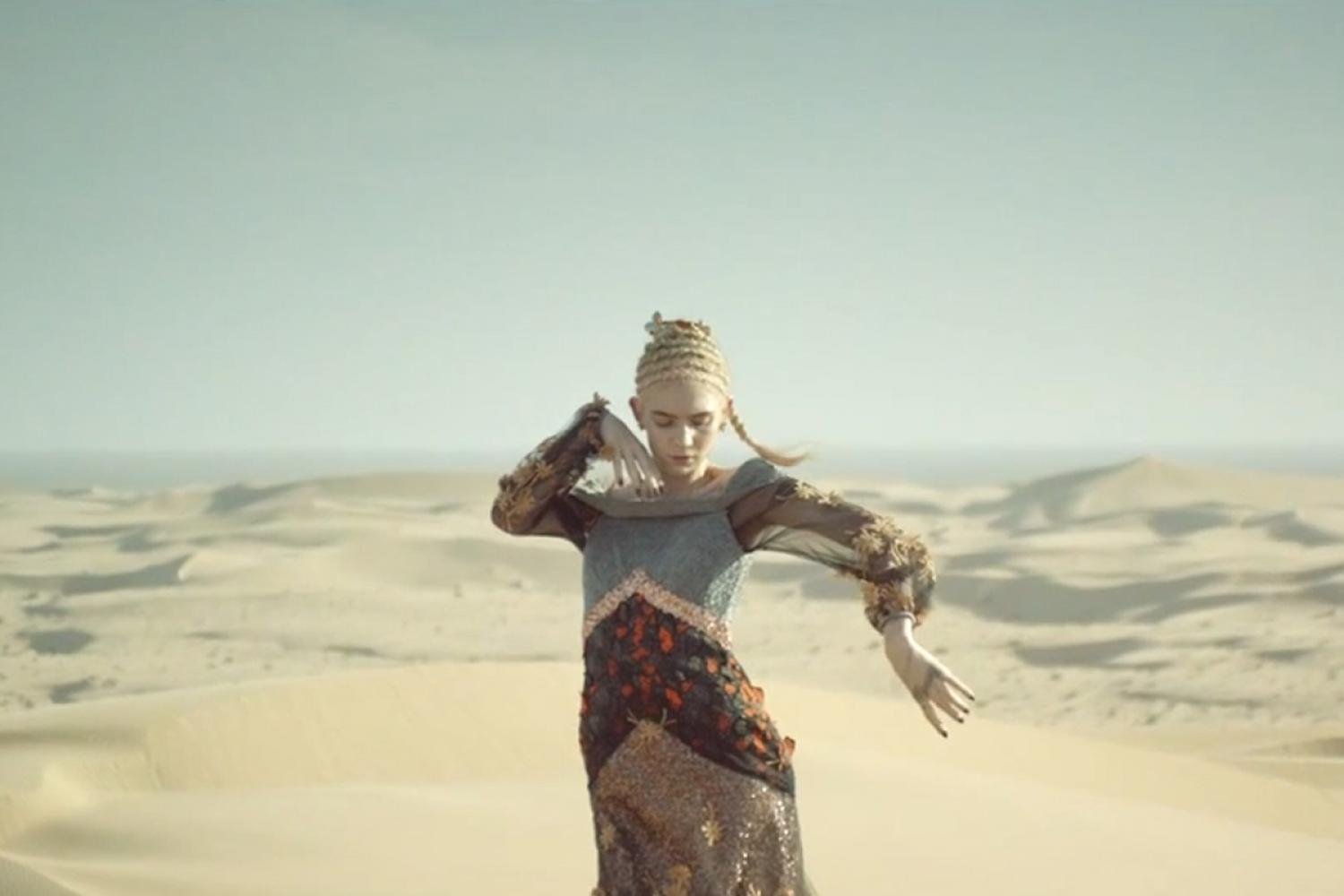 Originally written for Rihanna, inspired by Korn’s “Freak On a Leash.” Seriously.

Grimes aka Claire Boucher has unveiled the monstrous, ultra-conceptual new video for her ‘Go’ single featuring Blood Diamonds, and it’s been worth the wait.

The video was initially previewed last week in the form of a 36 second trailer – it promised otherworldly-looking costumes, deserts, swords, alien life forms, neon-lit dancing – pretty much everything. According to her own Twitter, Grimes has spent the past week getting high and editing the video for the song herself. “I’ve been stoned for a week strait cuz I need to be stoned to edit videos,” she explained on Twitter. “I’ve literally got a callous on my butt from sitting down editing 20 hrs. a day for a week strait. Haha, I hope it’s not permanent.” All that hard work seems to have paid off, as the end product is quite the spectacle. It’s also quintessential Grimes.

‘Go’ was originally written for Rihanna by Boucher and Blood Diamonds, but when the R&B and pop singer chose not to record it, Grimes reclaimed it for herself. The video itself was co-directed by Boucher and her brother Mac under the production alias Roco-Prime, and was inspired by Dante’s Inferno.

Grimes hasn’t yet shared any formal plans (release date, album title, etc.) but she’s promised the record will be released this year, so there’s reason to hope for an announcement any day now. Watch Grimes’ new ‘Go’ video below. (Text Teuku Ajie)