Private Eyes: Between Screen and Self with Suzu Hirose

Private Eyes: Between Screen and Self with Suzu Hirose. The actress gets honest as she talks to us about her expansive film career.

“If I got an “instruction manual” for myself it’d be easy, wouldn’t it?” says the actress as we ask her for a little self-introduction. Suzu Hirose was born around 24 years ago in the city of Shizuoka, the star was originally scouted for modeling when she was attending an event in which her sister was modeling at the said event. Even though she started out her career as a model, Hirose is now more known as an actress, a profession she’s been continuously working on since 2013, with her big break being her 2015 movie, ‘Our Little Sister’.

Hirose’s face was on display across the nation throughout screens and pages of publications ever since she was a teenager. Despite having years of public exposure, Hirose is keen on keeping a boundary between who she is on, and off the screen. “Something about me myself, and the “me” in the eyes of the whole world, I think it’s somehow not even close,” she confesses. And perhaps this distinction comes from her efforts in the early years of her career where she tried hard to maintain a professional and likable image to people in order to have a good reputation. 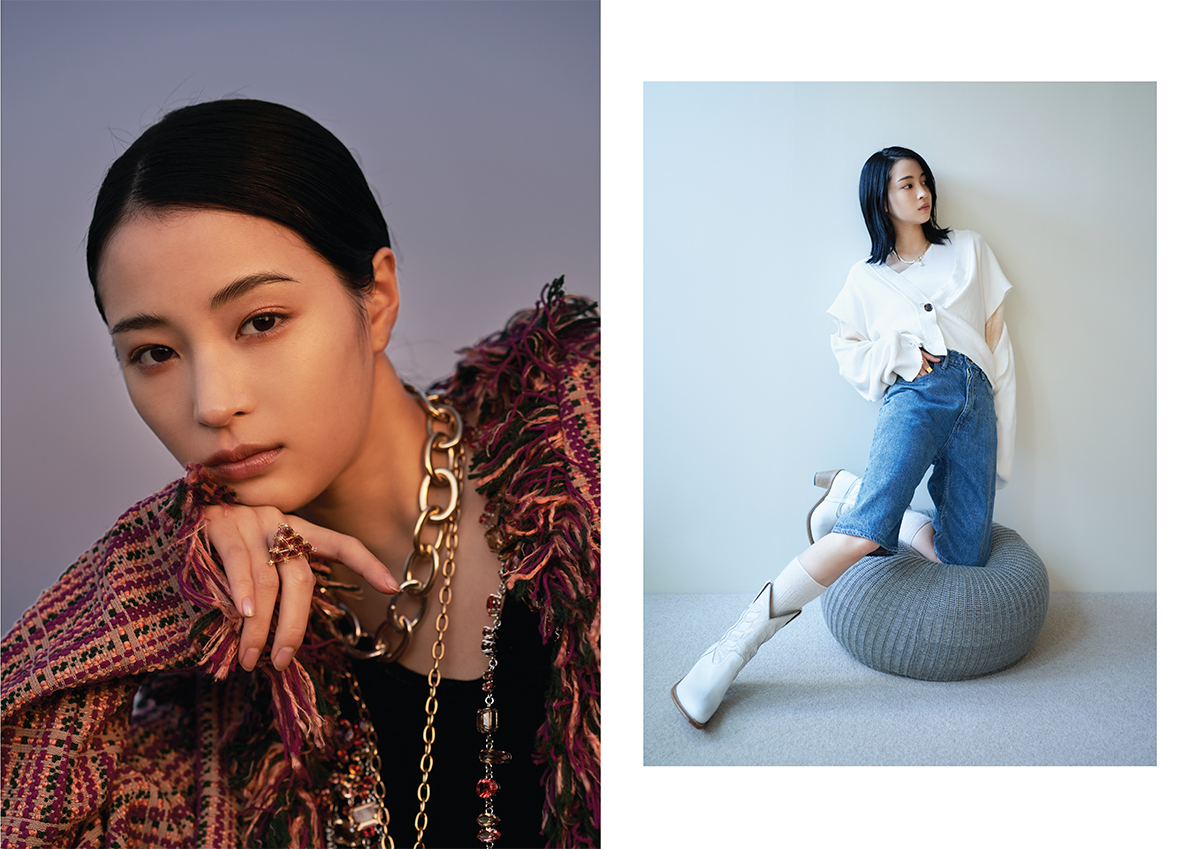 “Maybe because I was trying too hard in my workplace, I put too much effort with the people I’m seeing and when I’m in front of the camera. People thought that who I am and the role I took and was the same person, so there were times when I was troubled by the gap of those images,” the actress explains. This gaping perception between screen and self could be a bother for some, but Hirose prefers it this way, to ensure that there’s a clear separation between the artist and the art, “As an actress, I think that it’s better if people don’t know those things so they could watch the product (movies/series) as it is and not being bothered by unnecessary information.” These products of her handwork are extensive and Hirose definitely has a range of roles under her belt, so we ask the starlet herself which points of her career were the most memorable. ”Although I love every single work I was involved in, there’s this drama called “Anone”, where I’d be extremely jealous if anyone else played that part,” says Hirose. This drama was a mini-series that came out in 2018, telling the story of a woman named Anone about a young girl finding her way after seemingly losing faith in society, and to Hirose, that role was one that was close to her heart. Hirose also mentions that her first experience in a more theatrical project was a memorable one for her. The actress made her theatre debut in 2019 with Noda Map “Q”: A Night at the Kabuki, and stepped out of her acting comfort zone. “I didn’t know anything about the world of theatre,” she recalls, “That was the first time for me to be able to scream out my emotion that much.”

Even though the star has tried out various forms of acting, she still feels like she still has a long way to go in one field — voice acting. “The timing of the dialogues was difficult because the characters were not yet complete, and I had to bring them to life,” When asked about which character the actress struggles with the most, she answered that these roles where voice matters more than face have always been a struggle, “I couldn’t do many different voices, and I didn’t have any skills (in them) at all, so all I could do was, again, try not to lie, and if I had to do a voice for a running scene, I would film it while running, and do it realistically.” Just from this, we can tell that Hirose is one that’s passionate on exploring her potential as an actress, constantly branching out and trying new things in the field. Her latest project is the upcoming ‘The Wandering Moon’, in which the actress collaborates once again with Lee Sang-il on a live version of the 2019 novel of the same name written by Yu Nagira. Hirose admits that the beginning of the shooting process was a mellow one as the actress was going through a tough time, sharing with us that 2021 has been a year full of worry. “I was not enjoying the acting, I didn’t know what was going on, and my emotions were not moving or coming out,” she tells us. But through perseverance and help from her director, she was able to make it through, ”I’m very much looking forward to seeing how the two characters, overflowing with hope, will look in your eyes.” (Text Vanya Harapan)