Private Eyes: Catching Up with Nana Komatsu. The multi-faceted star shares with us her latest projects, her thoughts on fate, and her key to confidence.

We last talked with the starlet in our Recharge issue where she talks with us about her career, work ethic, and how she stays optimistic for the future. She says to us in our last interview, “In 2021, I will be 25 years old. I will work hard to step up as well. I will do my best from the beginning of 2021 so that I can deliver good products. I’m looking forward to going into a new frontier by feeling what I haven’t seen yet!” And stepping up was exactly what she did.

This year, Komatsu has been nominated for Best Actress in the Japan Academy film prize and also won the title of Best Actress in the Japanese Professional Movie Awards, both being prestigious achievements to attain at such a young age. When asked about how she felt during these victorious moments she shares, “Receiving an award is not everything, but I am happy to receive recognition for the work done with the people involved and the love put into this Film. At the same time, it gives me courage.” But despite the acclaim, recognition and prestige also adds on to the weight on her shoulders, “I thought if I was going to do this forever? Will I be okay? the anxiety loop continues in my head.” 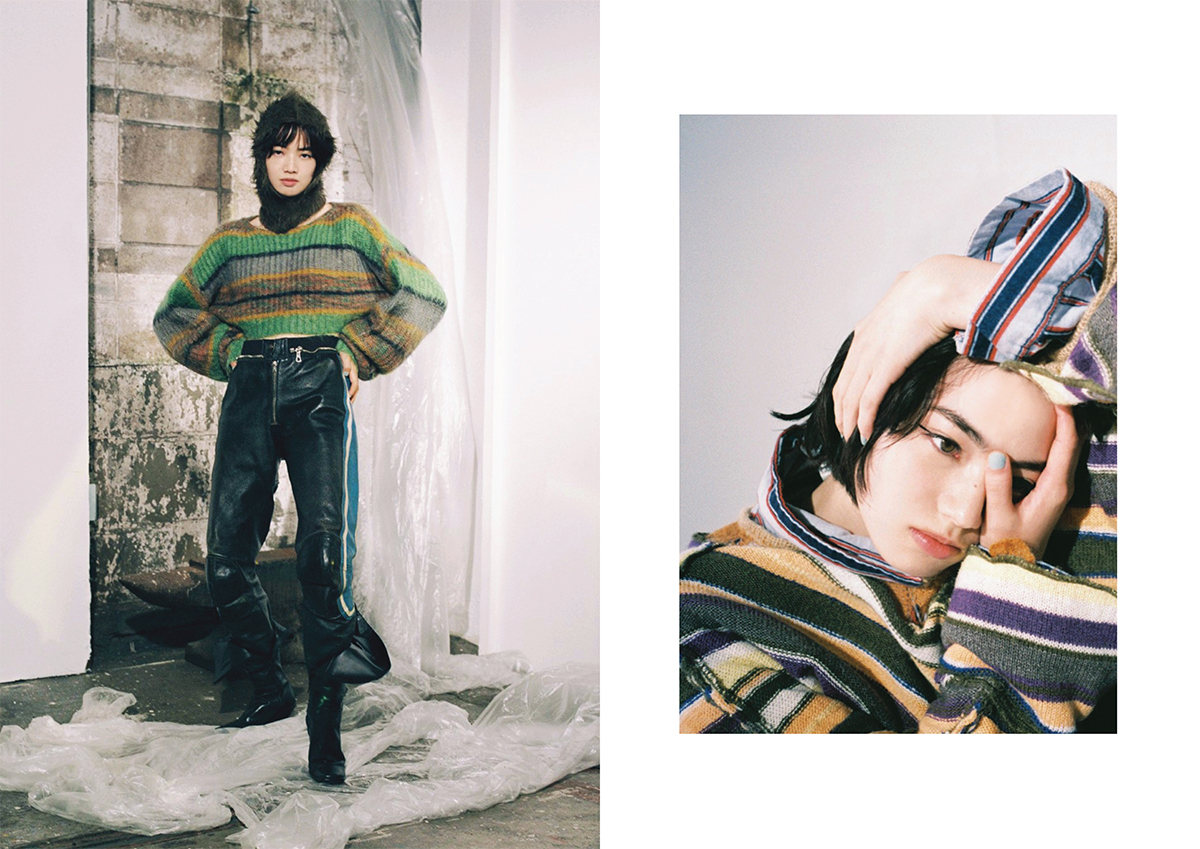 The actress was awarded for her role in ‘Threads: Our Tapestry of Love’. The movie is based on a Miyuki Nakajima song titled ‘Threads’ that talks about the miraculous moment of meeting a loved one and the ties that are woven throughout their journey in life that continues to bind them. Similar to the song, the movie features two childhood lovers (Ren, who is played by Masaki Suda, and Aoi, played by Komatsu) who were drifted apart through the tendencies of life but despite the completely different lives they live, they manage to keep each other in their heart and mind.

The movie revolves around the idea of two souls who you can say are somehow connected by the red string of fate. But is Komatsu one who believes in fate and destiny? Does she believe in soulmates? “I want to believe it,” she answers, “As in the line from the film (Threads: Our Tapestry of Love), I also feel that “People meet the right people at the right time.” Even with friends, there are times when I feel that this is the person I absolutely encounter for my life, not just for now.”

The star shares that her favorite part from the sentimental love story was a scene where Ren and his child were in the hospital room after a shopping trip. “I think everyone will cry when you watch these scenes,” she reckons. As part of the shooting process, Komatsu had the chance to travel to Singapore for the film. She shares that the trip was hectic since it was still a work trip above all, “but the food was delicious, people were kind and the city was futuristic! I could really enjoy it. Hopefully, I will go sightseeing in my private time.” 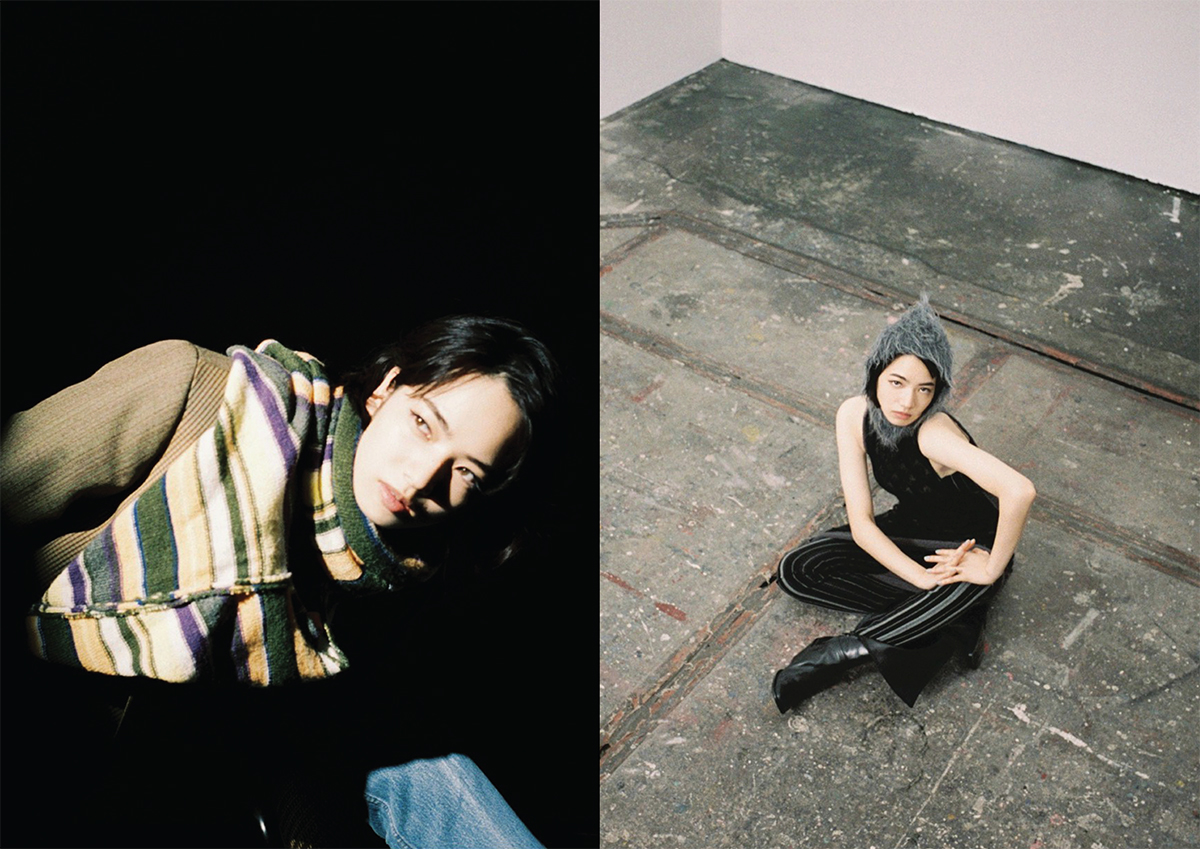 Traveling was a big part of her work both as an actress and a model, but the pandemic has made globe-trotting almost impossible, so it’s no shocker that the star misses being able to hop on planes and take in the beauty of various cities around the world. “I just want to meet my friends overseas, some restaurants I want to go to, the food I want to eat there, and so on,” Komatsu reveals, but she states that with the new restrictions being implied, her imaginations have instead expanded even more.

Her other movie, Moonlight Shadow, is to be released this year as well. Although not much has been revealed about it, the movie is based on a short story of the same title from Banana Yoshimoto’s collection of short stories titled “Kitchen” that was originally released in 1988. The movie follows Komatsu’s character, Satsuki’s journey of grieving her lover that’s recently passed. During this grieving process, she discovers the moonlight shadow phenomenon and that’s when the story starts to unfold.

For this film, Komatsu had to step into a darker-natured role, which could be an emotionally draining task for actors to do. We asked the actress how did she slip into this heavier mindset, she tells us, “When I play a dark and heavy role my feelings are taken away, but thinking positively in that’s what the role means, I honestly want to accept all those feelings.” The movie itself could be considered one of the gloomier ones amongst Komatsu’s repertoire, and considering the state of the world right now, doing work that touches upon darker themes could seem like a bad idea for one’s well being. 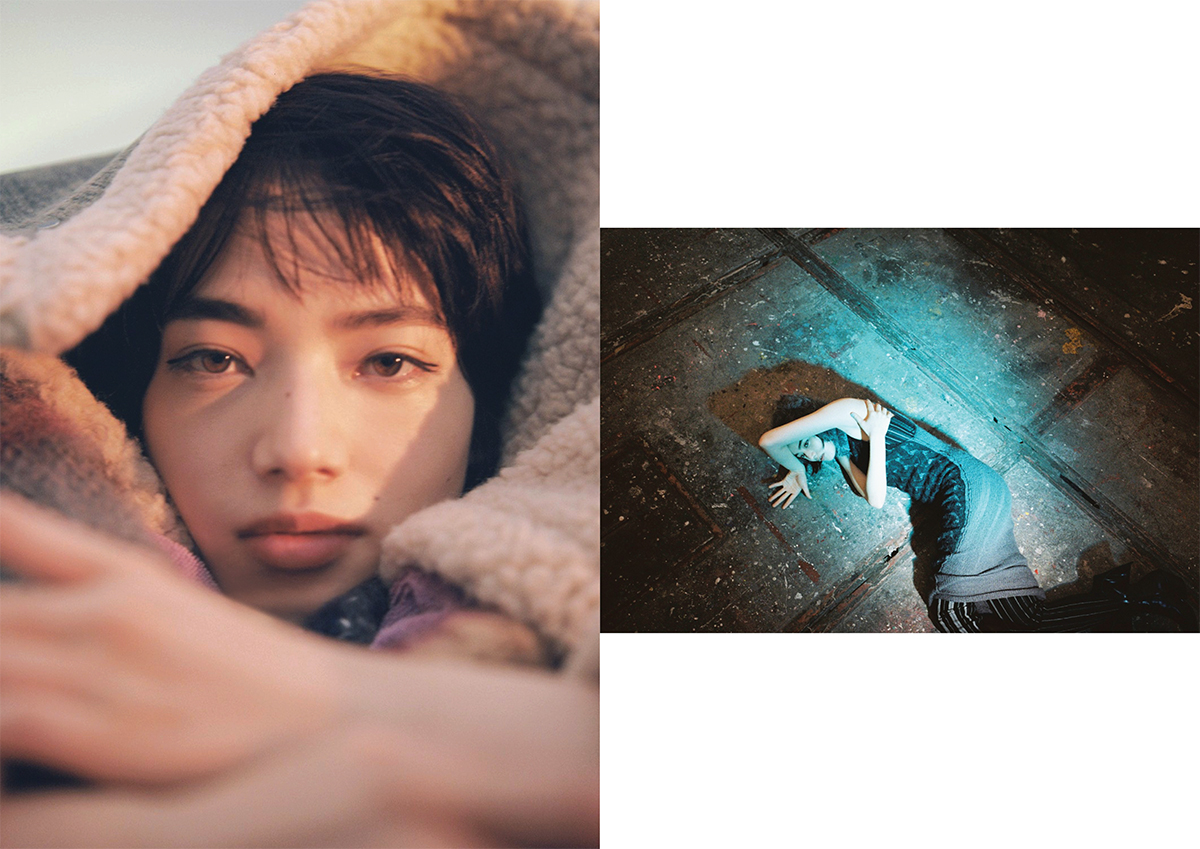 So how exactly does Komatsu get rid of the luggage after somber shoots? “Every time I finish a project, I cut my hair, even if it’s just a little bit. By cutting my hair, I feel like the role is gone and I can finally move on. After that, I try to refresh myself by traveling or going to nature,” she answers. The starlet also shares with us how she implements self-care on a daily basis, which is by drinking a cup of coffee and having her dose of sweets, although it might seem like a simple routine, “taking this combination is a blissful time of day to me. […] Although anxiety is a part of life, I feel refreshed when I’m enjoying delicious food with my close friends and having a good sleep.”

With her success continuing to take off, self-care and maintaining a good mindset is highly important. As both of her film and fashion career requires confidence, we ask the star what her key to staying confident is, but shockingly she reveals that confidence isn’t exactly a strong point, “but I turn on some kind of switch when I need to be confident.”

Insecurities have always been a shared struggle everyone faces, so the actress shares that having a supportive team behind her has been her secret catalyst for confidence. “It is necessary to show that [insecurities] sometimes, and I think this job cannot be done alone, I am where I am today because of the support of many people,” she alludes, “Especially when I’m in the filming place, I can feel it the most, which is one of the reasons why I can continue this work. I also believe that my family, friends, and the people who always support me have given me confidence.” (Text Vanya Harapan)