Boiler Room is hosting an online film festival due period of isolation. The festival will showcase 13 films, including a documentary on Ryuichi Sakamoto and Phil Collins’ futuristic anime Delete Beach.

As cultural events are cancelled across the world due to coronavirus, Boiler Room is putting together an online film festival to keep us connected through this strange period of isolation.

This festival brings together 13 works that are bold and eloquent in their exploration of a range of subjects. From the Mafia in Palmero to sound clashes in the Congo. From AI songwriting during the 2065 Olympics to underground black lesbian culture from the 00s.

Kicking off on April 16, Boiler Room will live broadcast new films on 4:3. Some of the films will disappear, others will be available to playback for short windows of time. All of them will take you to places you’ve never been before.

The 4:3 Online Film Festival will take place between April 16 and May 18.

Check out the full programme below. 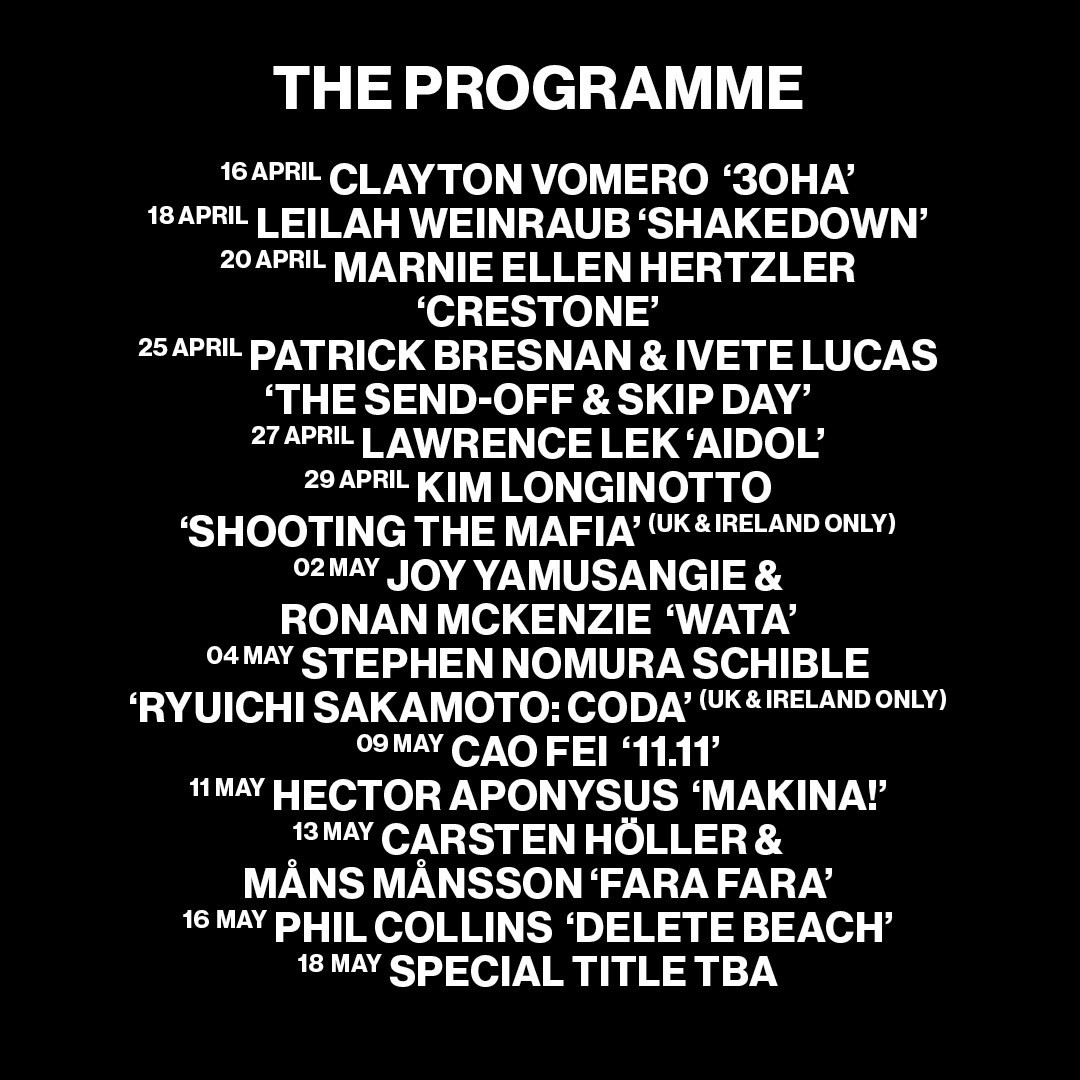