A Brief History of How the Bar Suit Revolutionized Fashion

A brief history of how the Bar Suit revolutionized fashion. As Dior reinvented the stylistic emblem for the label’s permanent collection, we look into the garment’s original shock and continued impact.

The celebrated Dior Bar Jacket turns 73 this year. Recognizable for its hourglass-y line, soft shoulders, basques accentuating the shape of the hips, and open neckline, it exalts feminine curves with voluptuousness. An ode to sensuality and desire, the Bar jacket alone embodies the New Look revolution.

But the New Look wasn’t only a moment for the history book; it also an enduring legacy, a style template to be reckoned with by all the creative directors who have followed the house founder at Dior-and far beyond.

The story itself begins on the 12th of February 1947 – the occasion of Christian Dior first show – that has gone down in history. It was the birth of “The New Look” — the moment fashion re-emerged after wartime privation. The most vital and enduring symbol of this renaissance remains the Bar Suit. It is deceptively simple; a white satin jacket with soft shoulders and a dramatically nipped-in waist, a flowering expanse of black skirt radiating outward from it. It’s a silhouette that seems to embody and define elegance, sensuality, modernity, purity, Paris as a city, youth and newness. Maybe even fashion itself? It still has that capacity to summon these feelings 73 years on.

Apparently, the Bar jacket took its name from the bar at the Plaza Athénée, which Monsieur Dior frequented. The Bar was such a hit at sales that it was widely copied and replicated. Monsieur Dior himself constantly reworked and updated his hero piece; it was presented in various versions in almost all of the 22 couture collections he designed until his sudden death in 1957.

After his death, and as a succession of creative directors followed in his footsteps, the Bar Suit only seemed to grow in importance for Dior, its impact becoming a definite marker of a change in fashion, heralding too, a new kind of fashion industry. Marc Bohan, Gianfranco Ferré and John Galliano all looked to the Bar at times during their tenures at Dior, but it is the spirit of it that seems to reverberate most rather than a strict interpretation — after that initial shock it retains its feeling of femininity and elegance. And it is, despite its very specific shape, quite adaptable.

When Bohan showed his first collection in 1961, his interpretation on the Bar suit could be prettifying, svelte, and refined, or else a tad reverential. In 1989 it was Gianfranco Ferré’s turn; the Italian designer brought an architectural flamboyance to the house, indulging a penchant for historical flourishes and grandeur. His interpretation of the Bar suit had all the rich, voluptuous exuberance of his style. When Ferré left in 1996, John Galliano’s visionary talent and consummate showmanship transformed Dior’s shows into sensational theatrical experiences; collections were dramatic and spectacular. Galliano’s take on the Bar suit was hyperbolic in its extravagance.

But maybe most of its modern focus can be found in the recent work of Maria Grazia Chiuri and Raf Simons. Raf Simons sought to minimalise and modernise it, making it sleeker and sexier, pushing it as the cornerstone of his new, romantic vision of Dior. Maria Grazia has continued to rework it, finding new feminist angles within it; softening its lines into something quieter, paired with a T-shirt maybe, or reworking that white-black strictness of colours into shades of grey. Adapting it, too, collaborating with Grace Wales Bonner for the house’s Cruise 2020 show in Morocco, seeing it not just as historic relic but as something continually new.

The latest iteration finds it now embedded at the heart of the house’s permanent collection, relaunched today in a similar fashion to the Saddle Bag, on the backs of influencers across the globe. Spreading via a new virality — one that Christian Dior, that master manipulator of press reaction, would probably appreciate, understand and be fascinated by — it again proves this jacket’s status among the most versatile, enduring creations in the history of fashion design. 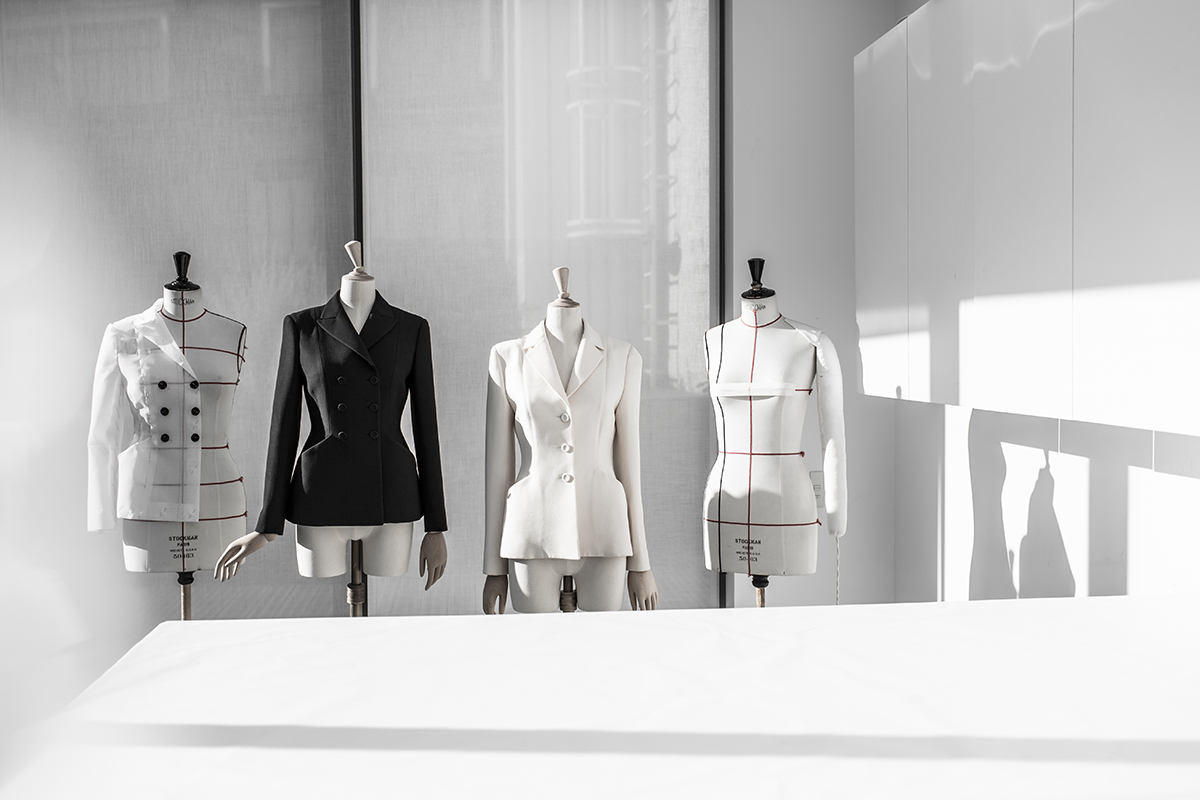