Pyer Moss and Reebok support the innocence project with latest Experiment 4 Fury. Back with another collaboration, the two brands are releasing a sneaker to raise awareness and funds for the wrongly convicted.

Reebok and Pyer Moss announces a new collaboration with their next release, the Experiment 4 Fury “Innocence Project”. The sneaker is named in support of a non-profit organization with the same name. The innocent Projectaims to help free innocent people who have been wrongly incarcerated with a further goal to bring reform to the US’ justice system.

This won’t be the first sneaker the two have created together with the previous “Glory” sneaker and the sneaker that was premiered at SS20 Collection 3 “Sister”. The Pyer Moss x Reebok Experiment 4 Fury Trail collaborations are essentially an elevated take on Reebok’s classic Instapump Fury silhouette. Previous models have included bright, saturated and retro-futuristic colour schemes, meanwhile the Innocent Project has a more low-key colourway with a black mesh outer and a greyish suede layer on top, along with white accents throughout the eyelets and heels and subtle but bold pink lining. 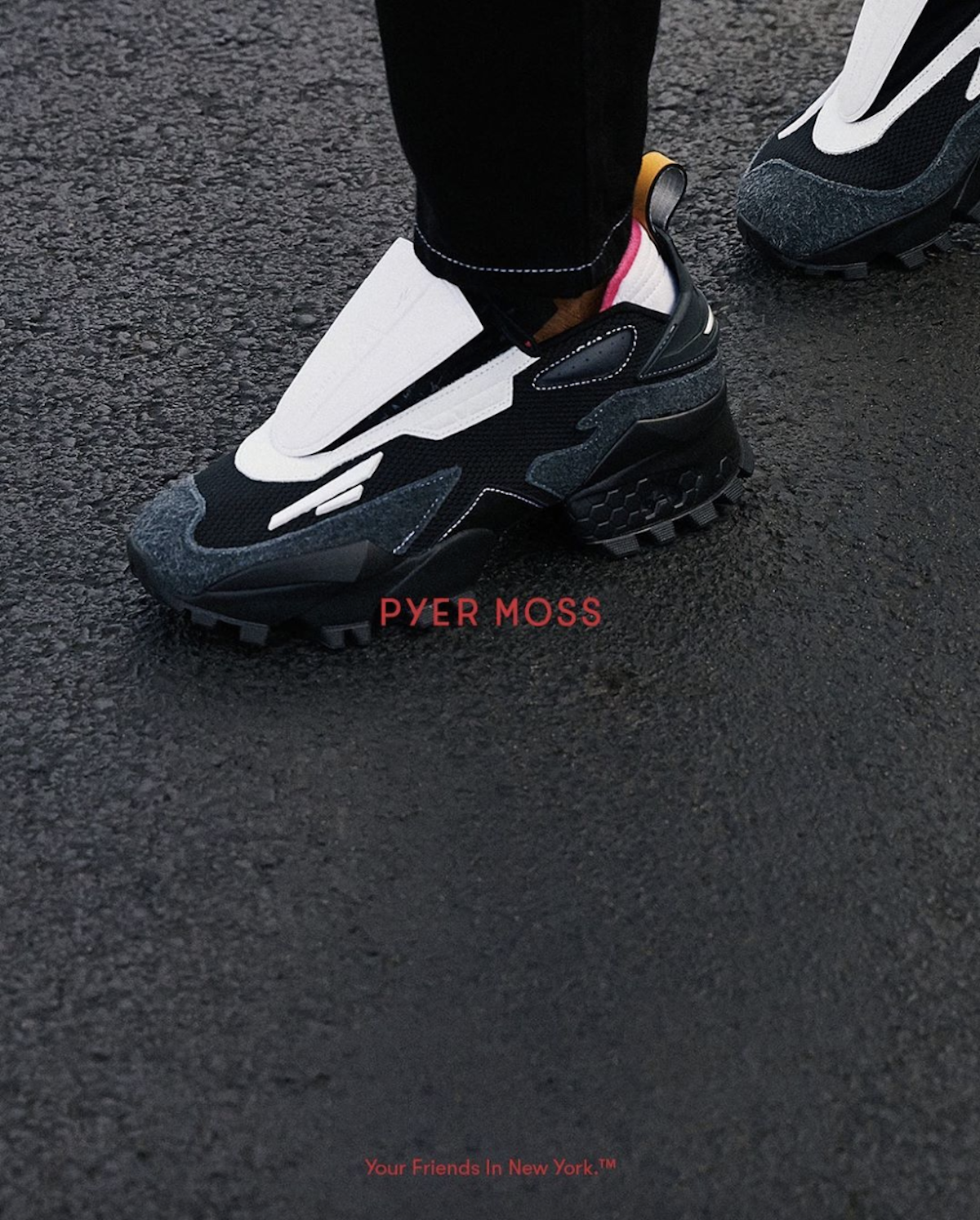 Designing for a cause also isn’t something new to Pyer Moss, with their Creative Director, Kerby Jean Raymond, being one of the most prominent ‘woke’ voices in fashion. In the brand’s Spring 2016 presentation, his designs were centralised around the Black Lives Matter movement and police brutality. Recently, he and fellow members of the CFDA have also proposed a more proactive list of demands for members and affiliated companies to follow through in order for the fashion industry to be more racially diverse and equal.

“We’re at a turning point in history where it’s like: Where do you want to be in this chapter?” He says in an interview to to HighSnobiety. “Where do you want to tell your grandkids you stood? And who do you really think is going to win? I’d bet on the winning team, if I was you.”

The Pyer Moss x Reebok Experiment 4 Fury Trail “Innocence Project” will be released on July 3rd. It will be exclusively sold on the Pyer Moss webstore and although the price of the sneaker has not been set, it is likely it will cost around $250 USD like it’s previous releases. (Text Vanya Harapan)