Private Eyes: Fumi Nikaido, The Star that’s Keen on Staying Herself. The Japanese actress talks with us about making a statement and what her hopes are for the future.

Meet Fumi Nikaido, the 27-year-old star who has been gracing the screens and billboards of Japan for more than a decade and is definitely one name you should keep an eye on. “My name is Nikaido Fumi. I like animals, nature, photography, and secondhand clothing,” Nikaido greets cheerily. She tells us that learning about human history has recently been a new hobby for her in times where she’s not learning a new script or being a stunner in front of a camera.

The actress’ latest project was a TBS drama titled, “Promise Cinderella”, which was released in July. The drama is a live-action remake of a webcomic of the same name, originally written by Oreko Tachibana and was initially released in 2018. The plot tells of a housewife named Hayame Katsuragi, played by Nikaido herself, who was left by her husband in a divorce. With the news coming to her as a shock, she runs away from home only to be robbed with no possessions left. In the time of her distraught, Hayame comes across a mysterious student-in-shining-armor who offers her a chance to get a new home if she succeeds in playing his game.

Although now it’s no shocker seeing Nikaido play a lead role on the screens of national TV, the actress has come a long way with a career that spanned for more than a decade in her bag. Her first lead movie role dates back to 2009 with the film, “Toad’s Oil,” and at the time, the young starlet was only 15. Throughout the past decade, aside from acting, she has also shown her talent in writing and taking photos, among many other areas. Being active in so many areas of the entertainment industry is not something everyone can do, especially when you start out from such a young age as well, so the fact that Nikaido has persevered and thrived in all of her career ventures shows that she’s definitely an individual with a lot of courage and perseverance.

As she experiences the shifts and changes that take place within the industry in the past decade from a first-hand point of view, she notes that one of the key changes that affected the industry heavily is how fast information is shared thanks to digitalization. And true that easy access to information does have a harmful side to it, but the accessibility also brought upon the opportunity for people from all over the world to be able to discover talents like Nikaido. But she shares with us that after all the time she’s been in the film and modeling industry, one aspect that she wishes to change is, “The difficulty level in making a self-statement.” 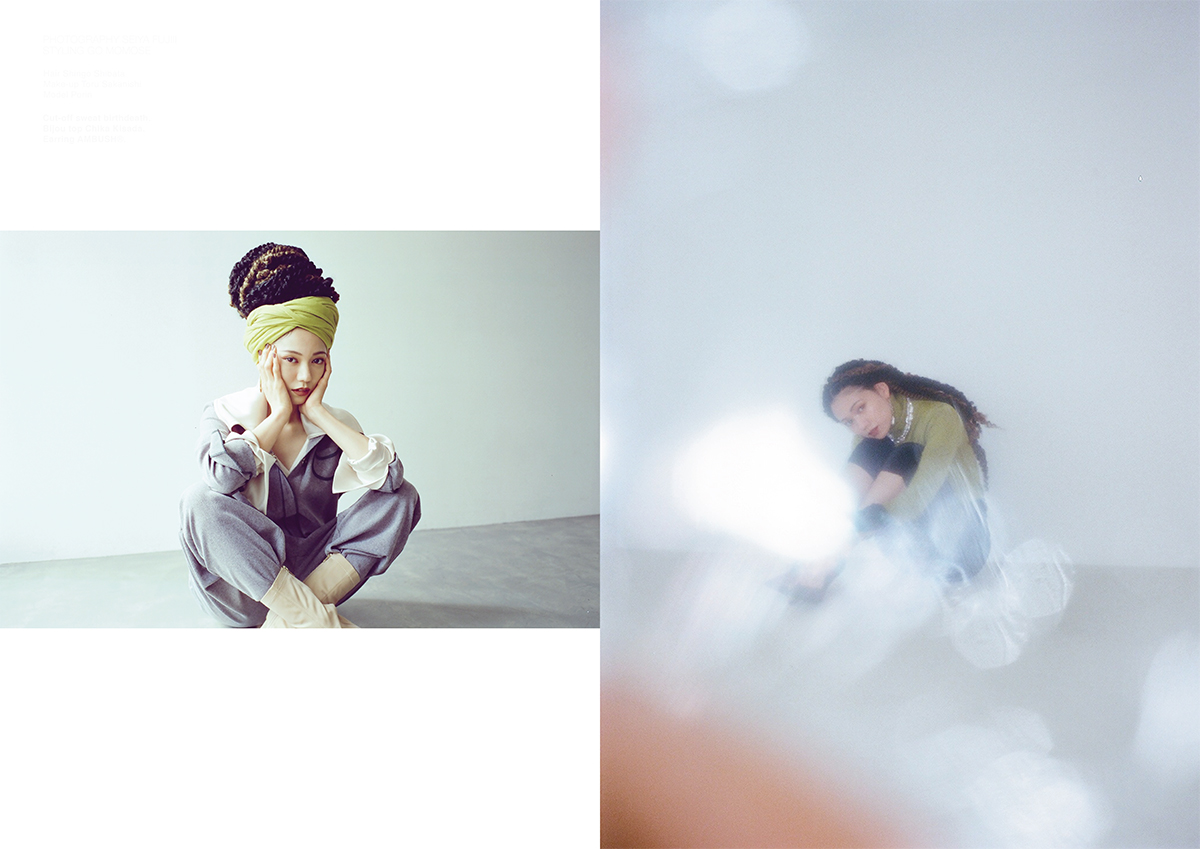 When asked about what mindset or values of hers have changed ever since she started working, she answers, “I now feel that it is more important to think and practice on my own.” Being told that they have to act a certain way or look a certain way and being able to follow directions is part of the job description that comes from being an actress and a model, so it makes sense that Nikaido finds it important to be able to stand her ground and be vocal about who she is as an individual. In a life where cameras and lights continuously follow her every step, one can easily get blinded by the facade of glamour that comes with the job, so to keep herself grounded and authentic is something Nikaido prioritizes in her personal life.

“When I started to live with animals, I wanted to protect their rights. I hope for a fashion which values the spirit of animal-free and animal-rights with great care to be a common thing.” – Fumi Nikaido

One way she’s kept herself grounded throughout her career was by getting an animal friend to keep her company. “When I started to live with animals, I wanted to protect their rights,” she tells us, recounting how living with them has sparked a shift in her mindset that made her more protective of those around her. Relatedly, she mentions how one of the things she hopes to see a change in the fashion industry was its relationship with animals, “I hope for a fashion which values the spirit of animal-free and animal-rights with great care to be a common thing.” When thinking of what could possibly lie in the future, Nikaido is an optimist who still sees all the potential good in the world. Like how she wishes to normalize cruelty-free practices in the fashion industry, or how she wishes individualism can shine in the entertainment industry. But for the star herself, she wishes to own creative space of her own as her next milestone, and one could imagine what a bright mind like hers could potentially do with a space of her own, and as for what she wishes her future self to be like? “I want to be a person who can value freedom and kindness.” (Text Vanya Harapan)