The band formed in 2014, named after the lead singer himself Oh Hyuk. Hyukoh was successfully marked their first fame in South Korea’s underground scene by dropping their first EP “20”, named based on the members age when they were created the album. However, after they were invited to the infamous Korean TV Show called “Infinity Challenge” their popularity was skyrocketing through the mainstream mass and media, Hyuk honestly said that the attention that they were receiving was a lot to handle and gave them pressure while preparing their next album, they even considered to make songs that appeal commercially. “We just didn’t know how to make popular music. And to make it worse, we went deeper without realizing it,” Oh said.

Oh’s strong influence in the band cannot be understated. The first EP “20” was Oh solo project then aided by the drummer, Lee. Then in 2015, Hyukoh released another EP called “22”, was the first release for the band as a whole. Oh’s raspy voice and sonorous perfectly complimenting their music. Trying to describe Hyukoh genre is not easy, the band sound’s was completely a breath of fresh air especially in their motherland South Korea, the dreamy tone reminded us with 90s indie rock and some contemporary acts nowadays like Beach House and Real Estate with a perfect amount of blues and jazz in some composition, made Hyukoh sounds so honest and raw in the ears, some people said it teletransport them into a different place. Although the band itself refused to be distinguished themselves from Korean music scene, Oh explained, “We don’t just make one genre of music, we like all genres, so we mix them together. We just make what we want. We don’t necessarily think about what people will like,” that statement proved with the released of their newest album this year titled “23”, which sounded so fresh and dark at the same time.

“23” is Hyukoh first album under their new label HIGHGRND, a new indie label run by a veteran Kpop artist Tablo, also a sub-label of YG Entertainment one of the biggest music label in Korea who produce big names such as Big Bang, 2NE1, Psy, Blackpink and many more. “23” consists of 12 tracks including songs in Korean, English and Chinese, as Oh is multilingual, he was being raised in China in his youth. In this album, Hyukoh’s music has gone darker and Oh honestly said that his anxiety is a natural part of his growth phase personally and musically. “[The EPs] were talking about the depressing side of youth, and did not let my emotions show. Meanwhile on ’23,’ I didn’t really hold back my feelings, which shows in the sounds and melodies. It wasn’t my intention to not hold back the feelings – in the previously released EPs I tried to give a message but I didn’t provide a conclusion. This time, I just didn’t know the conclusion myself. I believe it is a reflection of the status quo. I am going through the process of having to find my own conclusion as well,” Oh described in recent interviews. 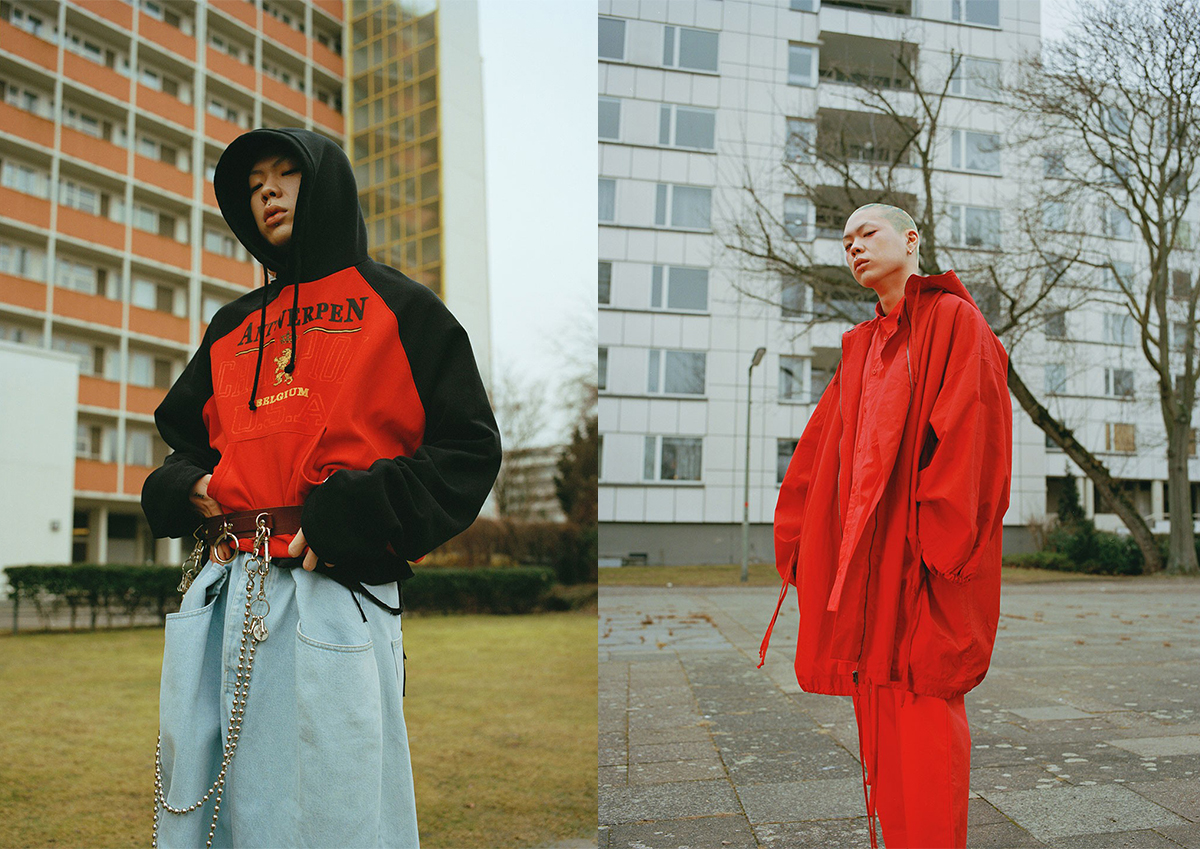 Hyukoh unveiled their first single with the music video, “Leather Jacket” on April 2017, the music video was shoot in US featuring a bunch of kids messing around in rural area, the music video reminded us of coming of age film “Kids” by Larry Clark. On the next day, they dropped another music video for “Wanli,” this song written in Chinese with heavily induced math rock chord, perfectly blended with Oh’s rich and soulful vocals. Wanli music video was shot in Mongolia, the video started with Hyukoh hanging out on a moving truck in the middle of Mongolia savanna driveway, the boys wearing oversized suits with hoodies, looking effortlessly cool, in an eerie way. Then the scene moved to the boys playing in the middle of savanna, clothed in all red suits, wildly jamming to their instrument to the math rock tunes. The music video ended with a dramatic shot of running horse in the contrast of all red Hyukoh.

Hyukoh’s visual aesthetic is one of the band biggest attraction. Oh is known as the visual of the band and also one of the rising influencer in Korea’s fashion industry, because of his personal charm and the way he dressed. Oh said in his interview with Highsnobiety, “I tend to get attracted by something new and different. I could say my visual aesthetics have greatly influenced my identity, which have shaped my attitude and directivity. Stagnant water is bound to rot, so I shall be open to anything new and constantly absorb the good ones quickly.”

Even though they are signed to big label and has gain popularity internationally, Hyukoh want to make it very clear that they are not a manufactured musician. “We weren’t made by a company,” and they will make sure to continue that way.