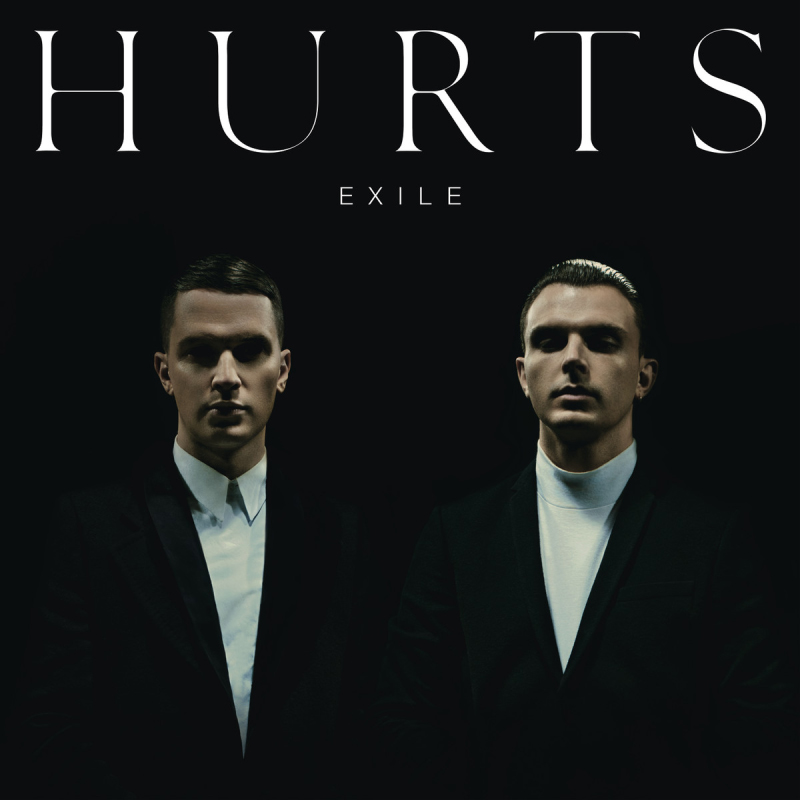 The image will grace the cover of their forthcoming second studio LP, which is set for release on March 11. The duo, Theo Hutchcraft and Adam Anderson, are set to put out the album’s first single ‘Miracle’ on March 10, one day before the album is released.

‘Miracle’ received it’s first worldwide radio play on Huw Stephens show when he covered the Radio 1 breakfast show on Friday 4th January 2013 calling Hurts “one of the most stunning bands around”. Zane Lowe also played the track on his Radio 1 show last week and said “We like this, this is called ‘Miracle’. Quality songwriting, brilliant production, really confident”. It can be listened to below:

‘Exile’, the bands follow-up to their 2010 debut ‘Happiness’, can now be pre-ordered from iTunes, Amazon, Play and HMV.com, with ‘The Road’ available as an instant free track for any orders through iTunes.