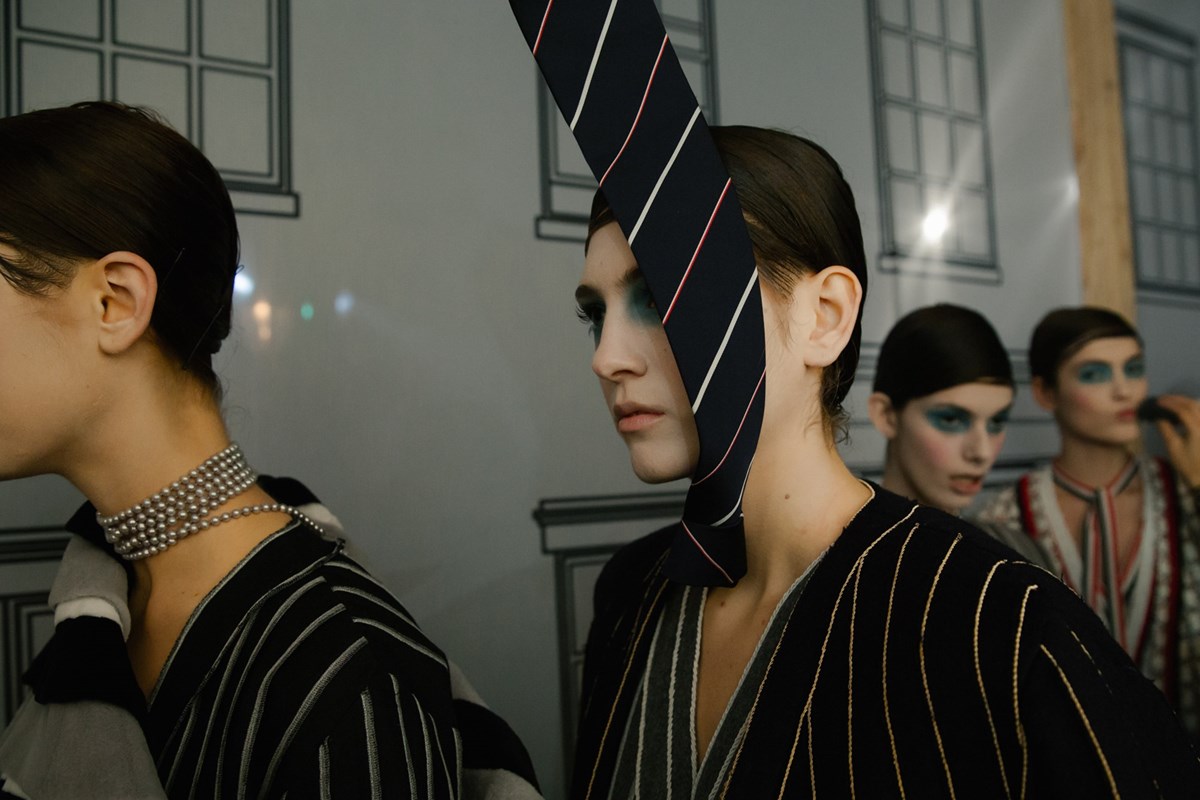 Thom Browne Fall 2016 RTW is a sweet counterpoint for commercially-focused New York where everything is consumed by the practice of fast fashion.

Thom Browne’s stunted male silhouette and his otherworldly creations for women have placed him at the vanguard of New York’s fashion scene. His aesthetic and theatrical presentations has garnered Browne worldwide recognition. For this season, he worked his magic and turned the place into a replica of Washington Square Park circa 1920, complete with full-sized trees, park benches, a clock and an eerily creeping mist. The designer cited “The Great Depression” as a reference.

Browne is an expert tailor, an obsessive, risk-taking perfectionist who revels as much in the construction of a garment as in the story he wants to tell through it. This time, he was thinking of repurposing, turning an old favorite garment, something a woman loved, into something new rather than tossing it out. Garments here had been pulled apart and put back together in a new and entirely surprising way. A grey flannel jacket, for instance, was wrapped to create a skirt; the arms of a coat became part of a dress and in other instances, he took the garment as a whole, sewed it up in a new way and voila! You have a new garment. We saw him do this with a fur-trimmed overcoat-turned-jumpsuit, and a downright appealing one. He said the pattern-making was one of the toughest challenges he’d ever set himself. You could only imagine how tough when an evening dress sailed by with a lengthy train of jackets sewn together.

Like any Browne show, the millinery was something to write home about. Stephen Jones – Browne’s longtime collaborator – took what looked like neckties and twisted them this way and that way, as if they were blown in the wind, and created hats of sorts. They were, in actuality, an amazing visual.

Browne has proven that his womenswear aesthetic is as equally novel as that of his menswear since its launch in 2011, however he doesn’t scream, his work does not broadcast notions of greatness; it doesn’t have to. Instead, he offered rich counterpoint: a quietly thought-provoking and transformative collections.