Tough Times With Resilience and Festivity During the London Fashion Week 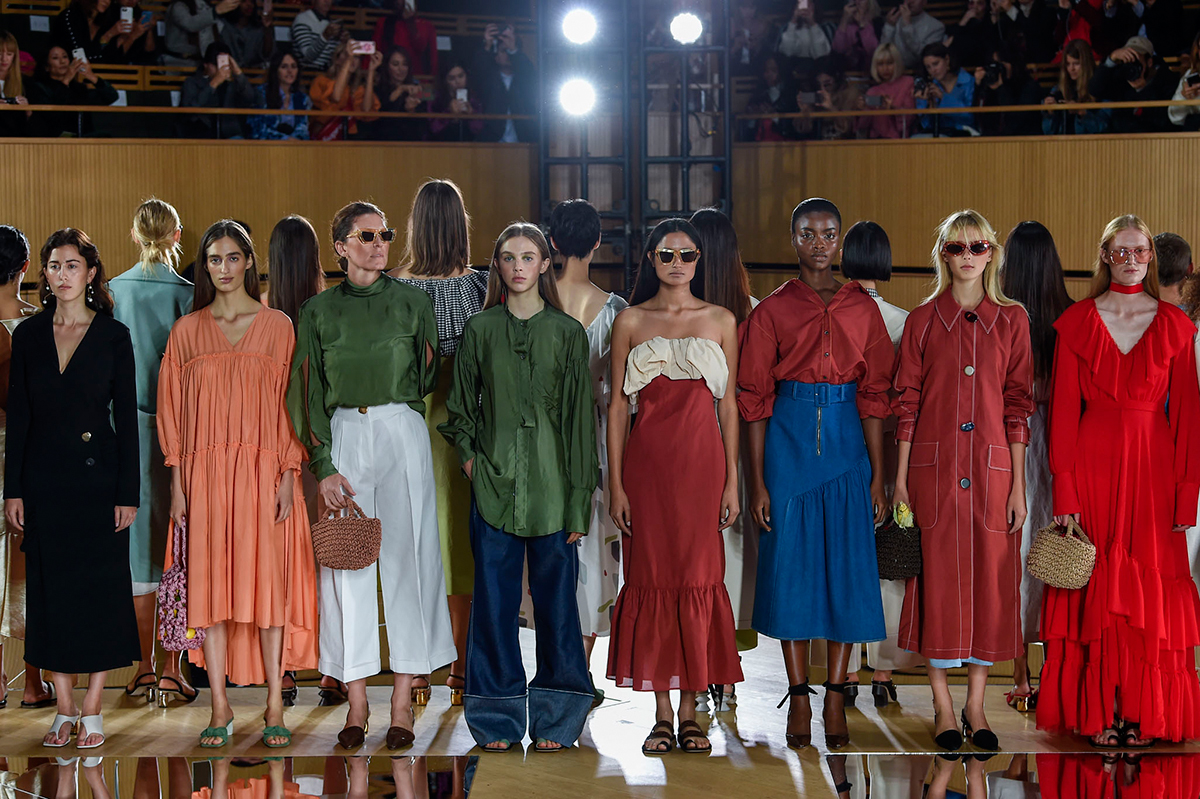 London experienced yet another despair as the somber undercurrent and conflicting sentiments overtly shook the festivities of London Fashion Week. On Friday morning, a bucket bomb detonated in the Parson Green subway station, injuring at least 30 people. With the first day of fashion week commencing, mixed emotions finally filled in the gaps, as imminent chaos and panic ensued.

The first full day of London Fashion Week had to begin despite ebbing enthusiasm and conflicting moods of everyone making their way into the city, attending and representing in the most celebrated time of year in fashion. Despite the terrors that shook the city, the question and the issue of the harsh realities still lingered on.

Questions arise as to whether fashion week itself may leave a veneer of fantasy and luxury, nonchalantly disregarding other important aspects outside the walls of the buildings that held these shows. As the city and country grieved, there are issues as to how and what the show may hold its impact to the greater communities of people.

Despite the on-going question and confusion, while everyone else is gripping and shrugging in fear, the week must go on. And so they did. The British kept calm and carried on, buzzing in conversation for what’s new, what’s old and innovated, what is exciting, vibrant and exciting.

The city’s week-full of shows and runways began in a hopeful note and left off a weekend with so much enthusiasm and spirit. Confluence of the old and new harmonized in the varying shows that took place. Newcomers are making a much bolder stance in their concepts, while the old familiar ones attempt to revive and at the same time, innovate in the business.

We see young stars pushing their limit, brimming with creativity while offering an exciting forecast of how fashion may look like in the years to come. Combining art and fashion is no new concept for newcomer, Rejina Pyo. Her use of graphic inspirations, colors and contrasting of art and fashion molds the attractiveness of her garments. Other young stars such as Michael Halpern, Matty Bovan and Marta Jakubowski also hit the limelight in this year’s LFW.

While shape shifting and eccentricity were practiced among the new wave of designers, older ones are rethinking strategies of keeping their brands relevant and conspicuous. Burberry and Tommy Hilfiger, for example, innovated its method of shopping. The see-now-buy-now is the concept of purchasing your favorite outfits from the runway and straight after the shows, which were implemented for these two brands. 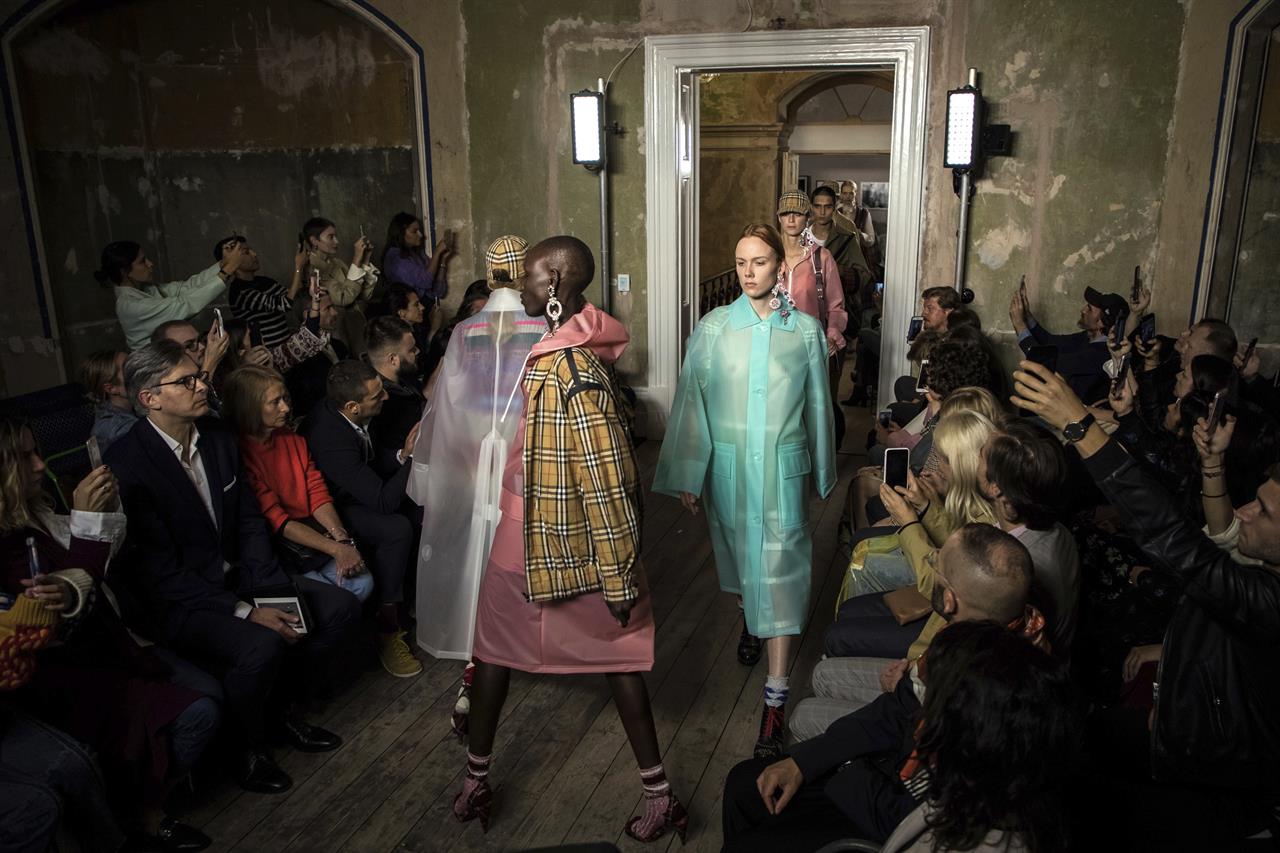 With Tommy Hilfiger on the same frequency as Burberry, the “Dark Circus” theme he named his runway show for the collection was all in all exciting but not exciting enough to be that spectacular. The conventional pieces in the collection and the appearances of the younger models including Gigi Hadid, Anais Gallagher (daughter of Oasis’ Noel Gallagher), Rafferty Law (daughter of Jude Law) and Lottie Moss (sister of Kate Moss) deprived the show from excitement. The show almost felt so formulaic that you may anticipate of what’s to come after. 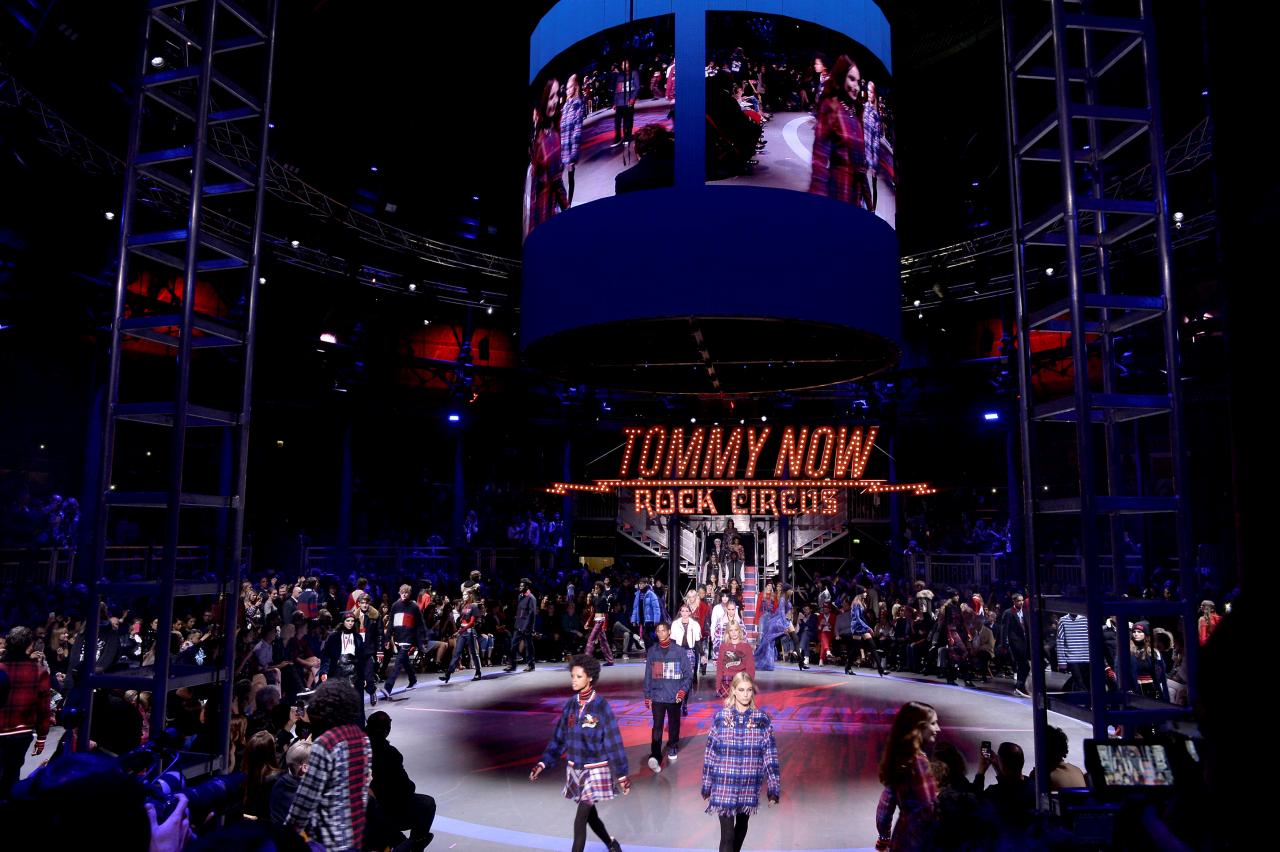 While there were some misses here and there, there were also some noteworthy shows from the old yet long-lasting ones that may have shown (and have always shown) the perfect mark to the collection. Quirky, subtle feminism and an overall sartorial elegance from Simone Rocha, Preen by Thornton Bregazzi and Marques’ Almeida and Molly Goddard were palpable. Embracing in the beauty of women became major themes to their work, providing a more profound and serious foundation to what are displayed and shown in the runway.

Christopher Kane took a stab of the familiar: banal domesticated life and the familiar sexual fantasies and perversion we humans fall short into. Combining frills and floral prints, ruffles and the infamous Crocs sandals debut yet again in the show, the collection explores witty demeanors, a little irony and some dry humor. Some may love it others may not. It all depends on how you perceive the collection holistically.

The spectrum was colorful between everyone whom participated and was at LFW last week. Despite the terror that shook the city, it was pretty obvious that London Fashion week proved itself resilient enough to go through such daunting adversities. With so much to learn from the old and new, familiar and unfamiliar, LFW has been a one short transit for more creativity and livelier concept and innovations. For now, all we have to do is wait, see, and read to know if all these can create a lasting impression to the industry. At least, within the next one year. (Text Beata Primana)