“The only good system is a sound system,” a young man announces passionately into a microphone. “And if I can’t dance to it, it’s not my revolution.”

This is one phrase out of the ardent speech that narrates the trailer for Scottish coming-of-age film Beats, which is a lively ode to the rave scene in the mid-90s Glasgow. Directed by Scottish independent filmmaker Brian Welsh, the film was chosen to close this year’s Glasgow Film Festival and was met with a standing ovation.

The film follows best friends Johnno, who comes from a loving home, and Spanner, a punching bag for his older brother. Together, the two embark on a hedonistic journey of brotherhood, resistance, and what it is to be a part of the rebellious illegal club scene. In a review of the film, The Guardian describes the boys’ bond as “forged on a mutual love of the kind of exuberant banging techno that only teenage boys can appreciate”. The two actors who portrayed Johnno and Spanner, Cristian Ortega and Lorn Macdonald, met in acting school and remained close friends, which allowed for genuine chemistry between their characters. 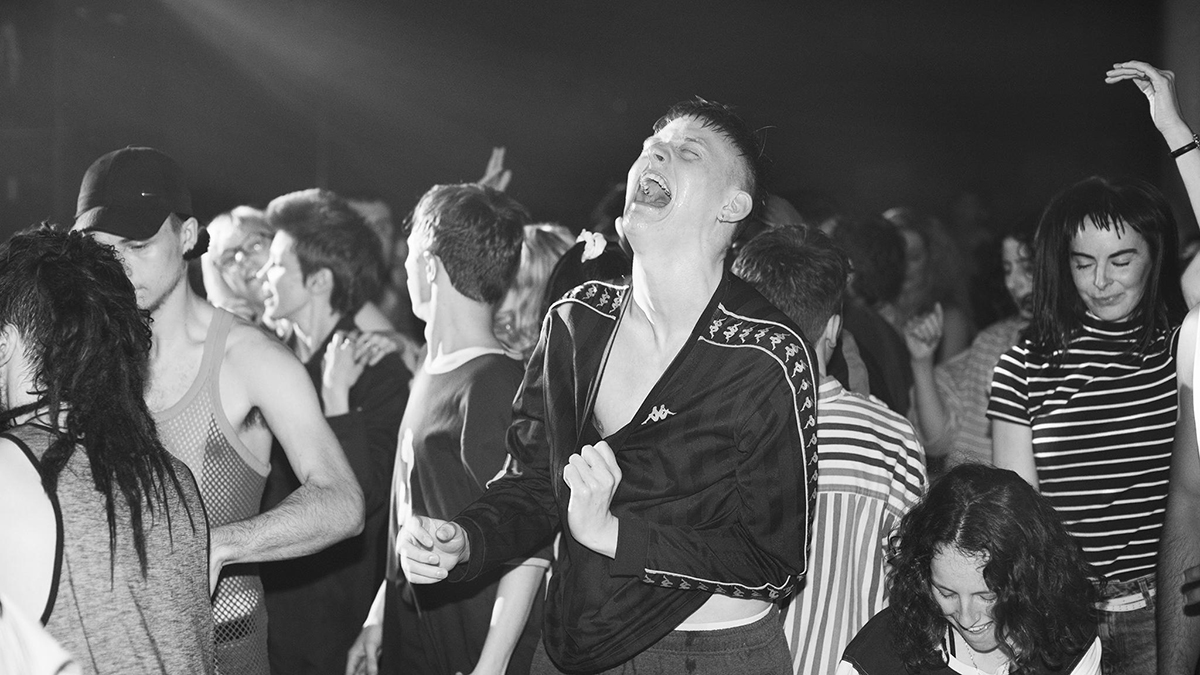 Despite being entirely filmed in black-and-white, color is channeled through the joy exuded on the reckless dancefloor, the sincerity and closeness found in intimate friendships, and the utter freedom found in youthful disobedience. “I think it’s one of the themes of almost everyone’s youth,” Welsh says in an interview with Another Man, “that the thing that’s just preceded you – rock and roll, punk, whatever – seems that much more exciting than what’s actually happening.”

The premise of the movie is set in 1994 when the Criminal Justice and Public Order Bill was introduced by the Conservative Party (or more commonly known as Tories among Brits) as an attempt to rescind the growth of the underground rave culture. The bill brought forth a ban on any music gatherings that consisted of more than 20 people, of which the music contained a predominant repetition of beats. Despite the vehement anger of those who enjoyed electronic music, the law succeeded to bring an end to the illegal partying.

Beats was released in cinemas on May 17.