We The Fest 2019: Another Year, Another Success

We The Fest 2019: Another Year, Another Success. If you didn’t get to go to this year’s We The Fest or you’re still dwelling on post-concert depression, here’s what made the event such a must-see — including and beyond the music.

Last weekend saw the sixth annual We The Fest, a summer music, arts, food, and fashion festival held at Jakarta International Expo on the 19th, 20th, and 21st of July. As one of the most anticipated concert experiences in Jakarta, the crowd was overwhelming, but it’s all part of what makes the whole event — and not just the music part of it — so memorable.

Korean R&B singer-songwriter Dean performed on the first day, and the city welcomed him warmly. He brought about such a chill and tranquil atmosphere with his soothing voice, accompanied by the R&B band Rad Museum, and performed many of the songs his listeners deem beloved, namely “Love”, “21”, “I’m Not Sorry”, and of course, the very popular “instagram”. 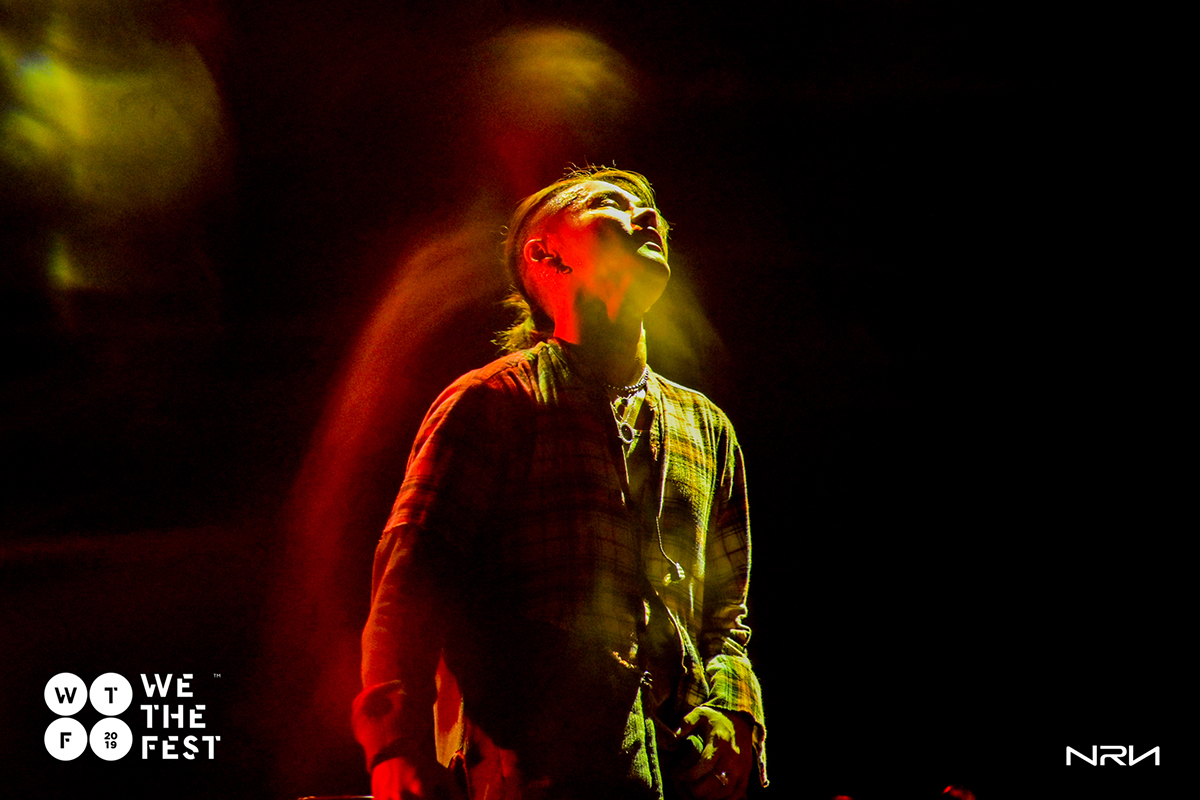 Dean Live Performance at We The Fest 2019. Photography Nareend. Image courtesy of We The Fest.

And then came the closing of a great first night: Troye Sivan. Constantly smiling and moving with grace, Troye danced and swayed happily, and even had the pride flag shown on the big LED screen behind him as he performed his song “Heaven”, a piece he explained was particularly important to him. Everyone basically screamed along to the rest of his performance, where he sang “Wild”, “Seventeen” (often noted as his first “popular” song), and “Youth”. 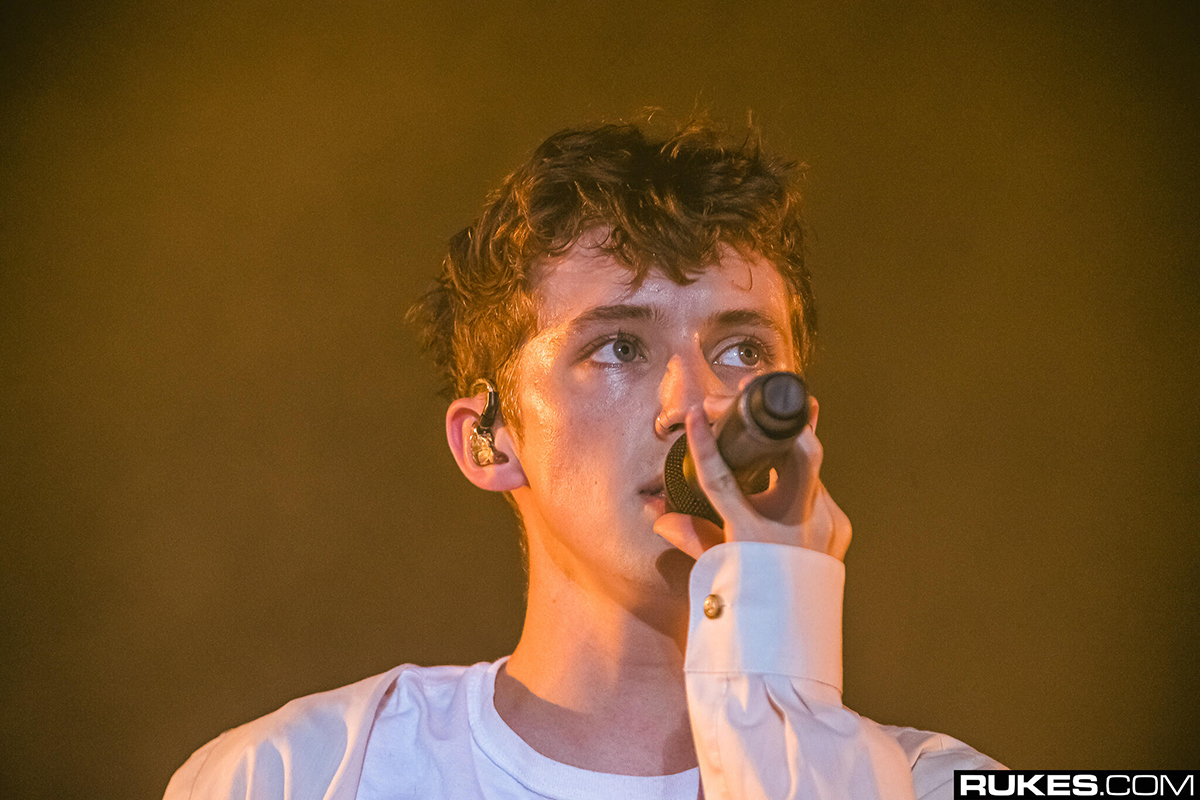 Troye Sivan Live Performance at We The Fest 2019. Photography Rukes. Image courtesy of We The Fest.

The festival’s second day saw an artist known and loved in Jakarta already. After performing at last year’s Java Jazz Festival, Daniel Caesar returned to Jakarta with new hair, new clothes, and a whole new album. Alongside a talented band and stunning visuals on the screen behind him, Daniel performed his new songs “LOVE AGAIN”, “OPEN UP”, “SUPERPOSITION”, as well as long-time fan favourites “Get You” and “Blessed”. 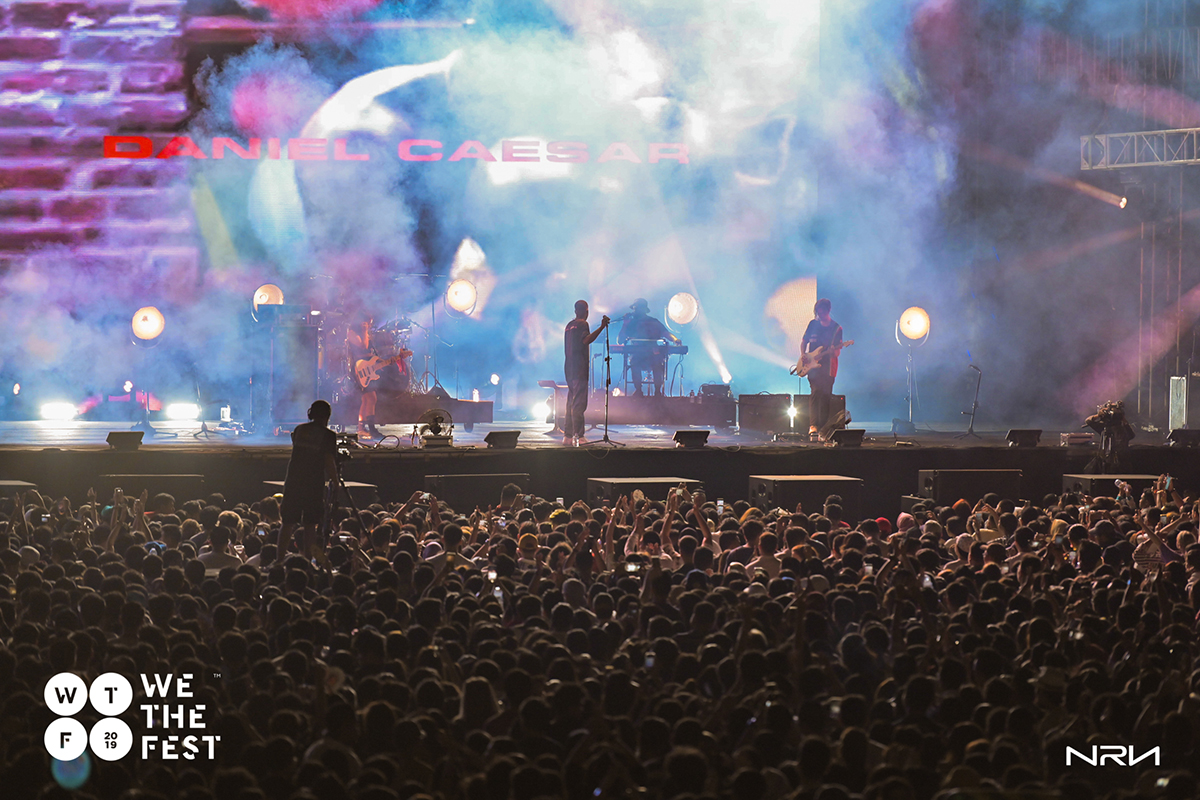 Daniel Caesar Live Performance at We The Fest 2019. Photography Nareend. Image courtesy of We The Fest.

Ending the second day’s performances, Scottish rock band Travis ruled the stage with their impressive and yammering guitar solos, opening with their song “Side” and then “Love Will Come Through”, and when they performed “Sing”, Andy Dunlop played the banjo, much to the crowd’s delight. Travis Live Performance at We The Fest 2019. Photography Rukes. Image courtesy of We The Fest.

Performing in the cosy indoors stage on Day 2, ambient pop band Cigarettes After Sex hypnotized the audience with their dreamy set. Couples everywhere slow danced and sang along to the band’s romantic songs as they performed “K”, “Sweet”, and their most popular single “Nothing’s Gonna Hurt You Baby”. 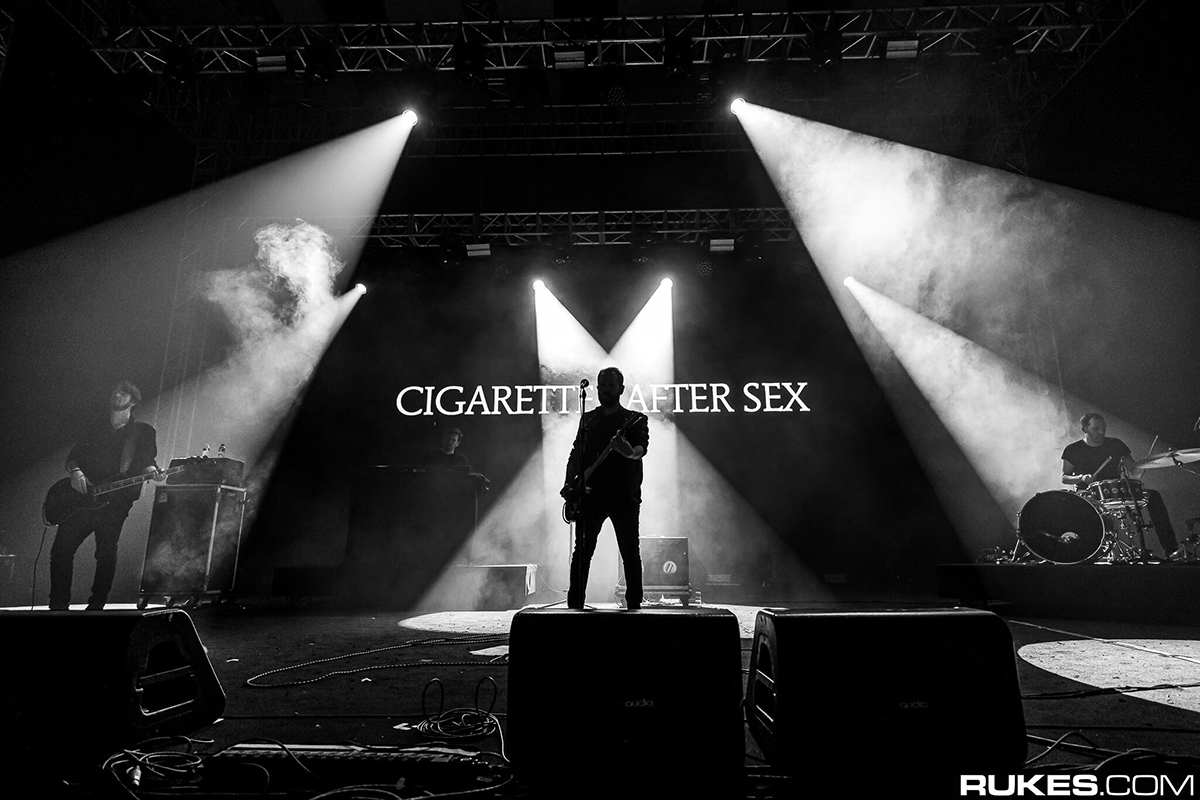 Cigarettes After Sex Live Performance at We The Fest 2019. Photography Rukes. Image courtesy of We The Fest.

After Cigarettes After Sex, the majority of concertgoers excitedly rushed to the main stage to see Joji. His set was exceptional; he frequently engaged with the crowd, telling jokes and laughing and yelling merrily. He even covered the famous Toy Story soundtrack “You’ve Got a Friend in Me”. Other than that, he sang some songs from In Tongues including “Will He” and “Demons”, as well as some songs from BALLADS including “ATTENTION”, “TEST DRIVE”, and “SLOW DANCING IN THE DARK”. 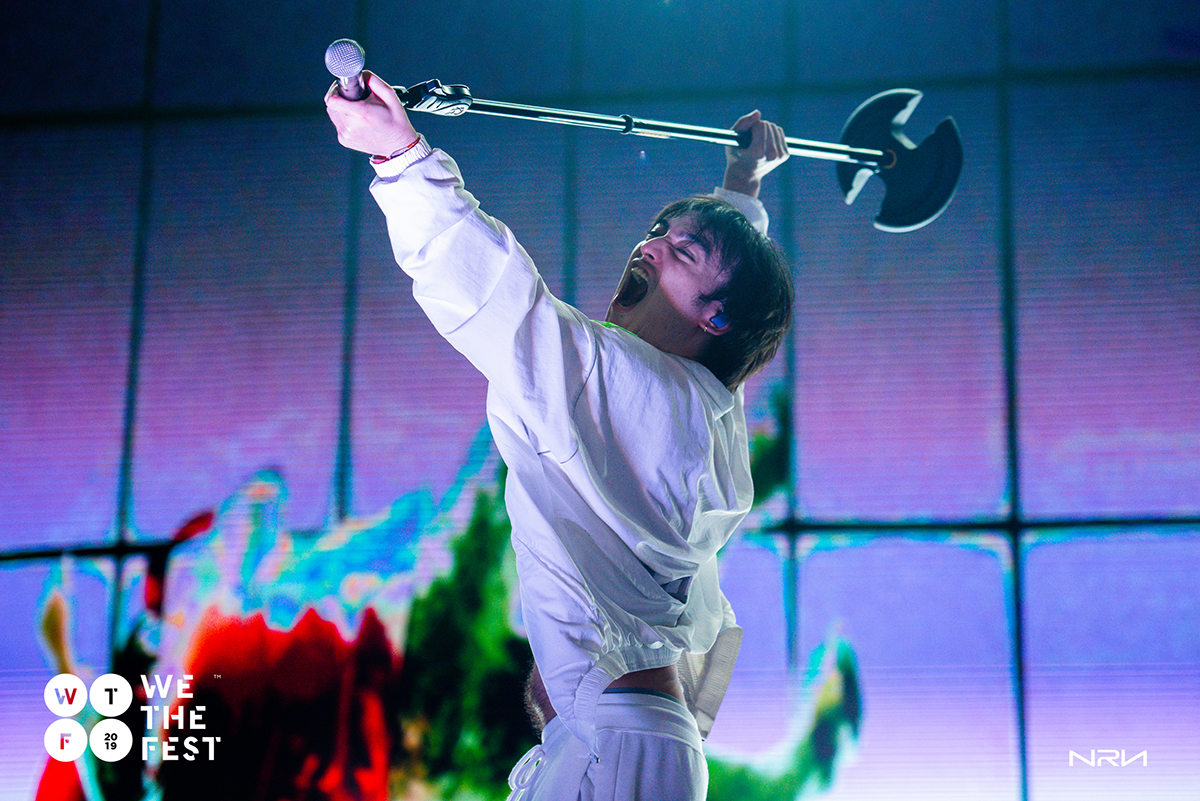 Joji Live Performance at We The Fest 2019. Photography Nareend. Image courtesy of We The Fest.

Finally, as the very last performer for this year’s We The Fest, Yaeji performed at the indoor stage and transported the crowd to a different dimension with the neon lights and smoke and her lo-fi house music. Despite being late at night, Yaeji herself was energetic in her singing and dancing, and everyone else around her was enjoying themselves, too. She performed a beloved song among her fans, the very danceable “raingurl”, as well as “passionfruit”. Yaeji Live Performance at We The Fest 2019. Photography Vinodii. Image courtesy of We The Fest.

But wait, there’s so much more beyond the music as well. The diversity of food and beverages at the event satisfied the hungry stomachs and thirsty throats of many; from pizza to sushi to noodles, and from fruit tea to coffee to alcoholic drinks, We The Fest’s Eat’s & Beats area did not disappoint. The beloved Art Village featured a wall where concertgoers could paint on and an interesting interactive musical experience by IM3, and provided many places to sit and charge. Then there was the unmissable WTF Con, which was bigger this year than last year, and displayed a variety of different brands offering stylish bags to glasses to shirts to handmade barrettes and jewellery. Plus, spotted across the venue are admirably painted trash bins, separating plastic and non-plastic waste, by Bin There Done That, adorned with clever lines like “I eat plastic!” with a cute cartoon character to catch attention and encourage a clean waste-free concert experience; a creative move indeed.

There’s always something particularly special about each annual We The Fest, and this year there are plenty. The organizer’s initiative’s each year are always loud, proud, and clear. Beyond the Music has grown larger, gathering more exciting labels to attend the festival and attract concertgoers in search of not just good music, but also good fashion. Good messages are spread throughout the event; at the Another Stage area, billboards with quotes encouraging kindness hung embellishing the frontage of the stage, like “less egos, more amigos”.

So after another year of dining and dancing and overall successful weekend, and after everybody comes home and quickly reminisce about the past three days, scavenging for photos and videos to keep, new excitement is born that blossoms slowly but surely over the next several months for the next festival to come next July.