NewJeans is Back with Pre-Release Single “Ditto”

NewJeans is Back with Pre-Release Single “Ditto”. The new kids on the K-pop block teases their upcoming album with their pre-release single, “Ditto.”

This year has been a year for girl groups in K-Pop, with 4th generation groups like IVE, Le Sserafim, Aespa and (G)-Idle dominating the music scene. A new joiner to this line up of hitmaking new generation of girl groups is none other than NewJeans. The group, consisting of Minji, Danielle, Hyein, Hanni and Haerin, debuted just July this year and they’ve already become one of the most talked about acts in the industry.

On December 19, the group released their latest single “Ditto”, which was launched as a pre-release for their upcoming album, OMG, that’s to be released in early January. The song talks about the state of pondering on whether one’s feelings are requited and a plead for the opposition to stop confusing them with mixed signals. With 18-year-old Minji being involved with the lyricism first-hand, it’s no shocker that the song quickly resonated with fellow young listeners all over the world. Like previous tracks in their discography, the song had that nostalgic, effortless and easygoing energy that’s slowly becoming a signature, although “Ditto” had more hints of angst and sentimentality within the track. 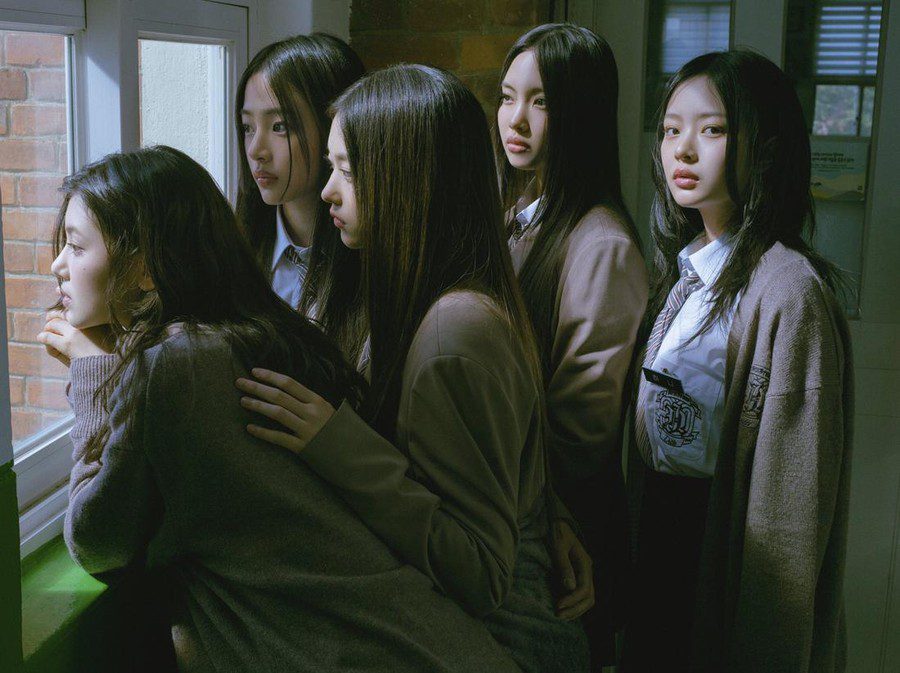 To commemorate the song’s release the group released two music videos, A and B for the single. Both videos feature the girls dressed in high school uniforms going through the days together and although smiles and excitement were plastered on their faces, and the filming method making it seem like an upbeat retro video, there still seems to be a whimsical eerie tone underneath the surface.

Releasing two music videos isn’t a common marketing strategy we often see musicians pull off. But NewJeans was never your average K-pop group to begin with! Instead of releasing one music video for a singular promotional period, the group released“Attention”and “Hype Boy”for their first promotions.

Usually, when a new group was announced to be debuting soon, agencies would start introducing the members to the public via concept photos, teasers and a promotional calendar, however HYBE pushed NewJeans into the spotlight by spontaneously dropping a music video for their new single out of seemingly nowhere!

Prior to their debut, the general public only had speculations that the entertainment company was to debut a new girl group. However no one knew of any of the names or concepts they had in mind. This unconventional methodology might have industry experts doubting the group’s upcoming career, however, it seems like the only way up is NewJeans as “Ditto” becomes the fastest girl group song to reach the MelOn Top 100. (Text Vanya Harapan)

Watch the music video for Ditto below: