Raveena Aurora: The Rising Star on the Tip of Everyone’s Tongue

Raveena Aurora: The Rising Star on the Tip of Everyone’s Tongue. The Indian-American R&B singer goes high-concept Bollywood on a new album mapping out a cosmic future.

Earlier this February, singer-songwriter Raveena Aurora released her sophomore album titled “Asha’s Awakening”. The album is a heavily conceptual one, with the music being told through the point of view of Asha, a Pujabi space princess, telling tales of her coming-of-age self-empowerment experiences. And this fun and enchanting space princess has become a persona Raveena carries with her throughout this new era. In the new album, Raveena continues to release otherworldly R&B music that has become a signature of hers throughout her discography. And if you’re not familiar with who this star-in-the-making is, then this is definitely the album you should start with.

The rising star was born in America and was raised in a traditional Sikh household, with her parents moving to the US back in the 90s. Growing up, Aurora gained a natural interest in music which led to her fondness for R&B, Soul, Jazz and Folk music. In her teenage years, Aurora started to pen down her own music whilst experimenting what kind of sounds was most her. She consistently pursued the field which led to her graduating from the prestigious New York Tisch School of Art. 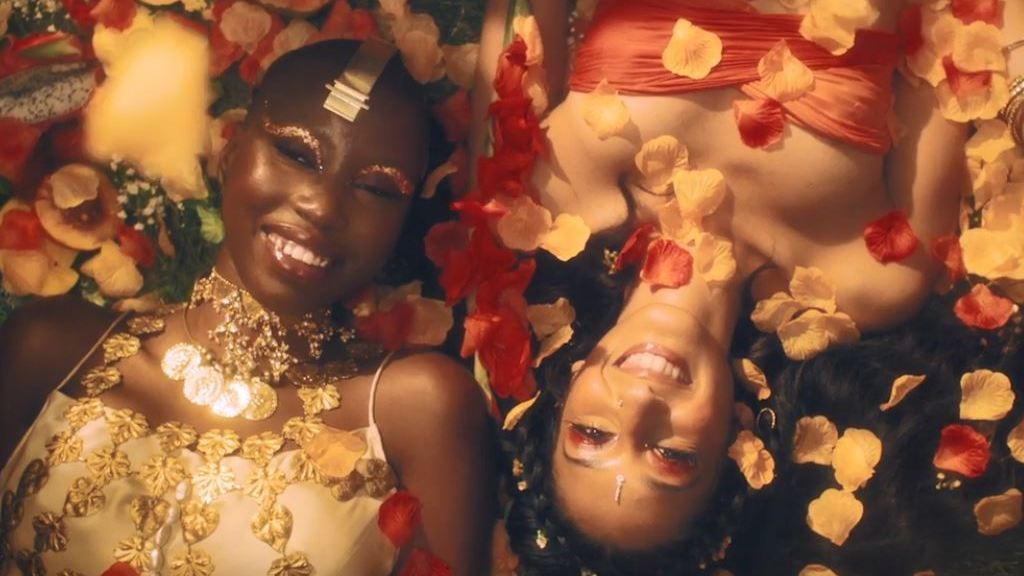 She released her first album “Shanti” in late 2017, but despite it being a debut album, Raveena has slowly been gaining an online following from the moment she released her first ever EP “Where We Wander” in 2013. In the debut album, the songwriter touches upon themes of healing and finding peace within oneself binded with a soulful R&B sound and effortlessly edgy-sounding vocals.

The musician is known for unapologetically using elements of her South Asian heritage into everything she does, be it her music or her overall presence. Her identity as a queer woman of color plays a big part in who she is as an artist and Raveena makes sure that that part of her remains prevalent in all her works. In fact, the songwriter took the time too study her heritage and source traditional music sounds for her latest album, along with working together with her family to write and translate Hindi lyrics.

In 2018, the singer took it into her own hands to co-direct the music video for her single, Temptations. “That personal aspect was so important,” she says in an interview with i-D,“It was kind of me validating those feelings in myself. But as I got more into the video concept as well, I felt like it was really important for me as a brown woman to make a video that embraces queerness in a very positive, organic, beautiful way.” Not just in her music and videos, but her stage costumes are designed and created by her mother who was once a designer herself!

Raveena is also big on spirituality and mindfulness, always wanting to create an environment that uplifts her listeners”. “I just want people to feel chilled and like it was a safe space,” she says to Teen Vogue, explaining her goals for her tour, “I want them to feel like they were cleansed in a way, like energetically, it just lifts them up.” And this care for creating a calming surrounding is reflected through the dreamy music that she creates that seems to set listeners into a trance.

As an all-rounder artist that dedicates herself to constantly being the best artist she can be, it’s no shocker that Raveena became the first Indian woman to ever perform at Coachella. The star has also recently wrapped up her first tour, and we can’t wait to see what else she has coming her way. With her unapologetic bravery and passion for her craft, its safe to say that Raveena Aurora is a trailblazer to keep all of our eyes on. (Text Vanya Harapan)