ATARASHI GAKKO! Is Not Your Average Girl Group

ATARASHI GAKKO! Is not your average girl group. Unfiltered, unafraid, and unprompted, this quartet brings a new meaning to being a girl group.

In a new golden age for girl groups, 88rising’s new discovery, ATARASHI GAKKO! (Or Atarashii Gakkou no Leaders in full), is definitely a head-turner. With the renaissance of idol groups these past years, it’s no surprise the label decided to add a girl group into their ever-growing repertoire of stand-out Asian acts from across the globe. The group has been around since 2015 but has only made their international debut earlier this January under 88rising.

When hearing the term “girl group”, one would imagine elegant and charismatic choreography performed with trendsetting high fashion looks but this group is exactly the opposite of that. The group consists of their four members, aged 19 to 22, Suzuka (the wildcard of the group), Rin, Mizyu (who’s in charge of the group’s cute factor), and Kanon. With their group name translating to “New School Leaders”, the quartet is always seen performing in their school uniform outfits from head to toe. The group has also released videos of their own quirkily cute take on guides to Japanese culture, which is a perfect way to attract anyone who’s trying to get into the more youthful side of Japanese culture. 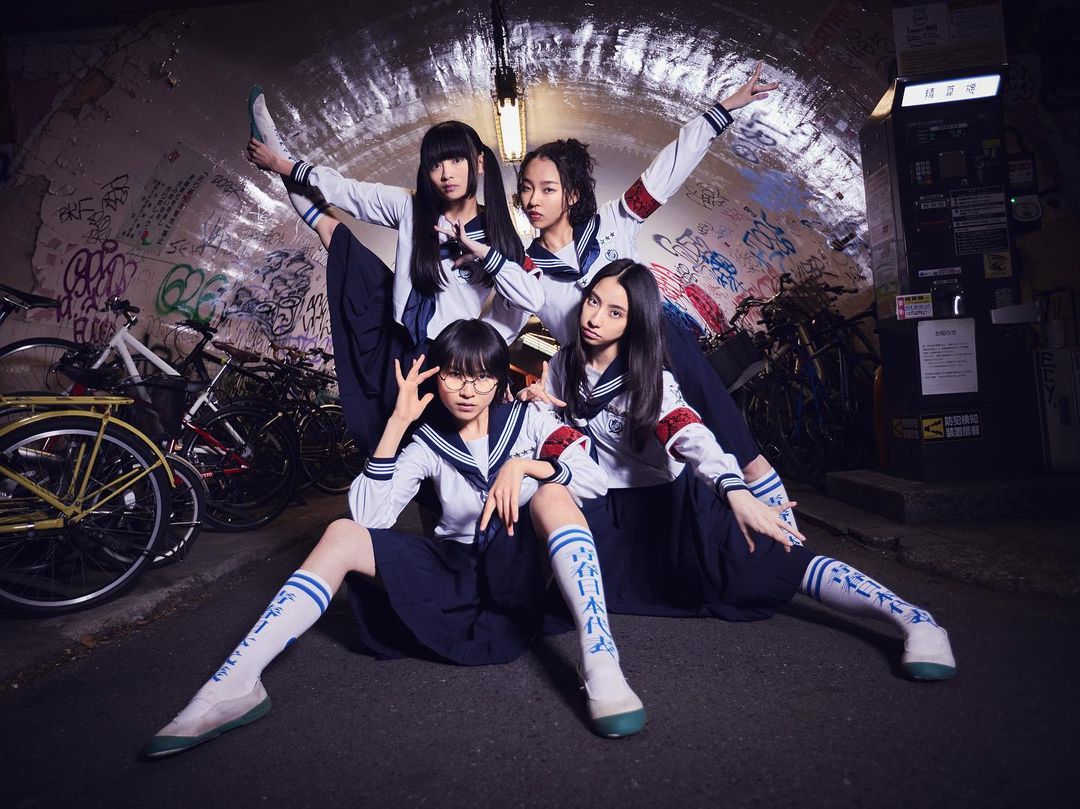 In their latest music video for single “NAINAINAI”, you can see the girls carefreely jamming out in the middle of a classroom, singing their heart out about the ups and downs of their youth while oogling at their class heartthrob. When compared to the usual picture-perfect visuals you’d see coming from an idol group’s music video, this video seemed as if it was all done by impulse — it’s unfiltered, unpolished, and definitely reminiscent of the one-person dance parties you’d have in your bedroom at 2 am.

Recently, the group has also just released a collaboration with on-the-rise Indonesian hip-hop artist, Warrenisyellow, and DJ Vonstroke, titled “Freaks”. The track is based on the classic song “Freaks Don’t Fail Me Now” and had a more rhythmic electro sound in contrast to their previous single that had a more old-school hip-hop beat carrying the track from start to finish. Along with the song, the group has also released an equally fun choreography that feels like only they could pull off perfectly.

After experimenting in hip-hop, electro and even punk, and some jazz in the past, we can only keep our eyes and ears peels for what to come next from this eccentric girl group. (Text Vanya Harapan)