K-Pop icon CL returns with her latest single “Post Up”

K-Pop icon CL returns with her latest single “Post Up” with Cho Gi Seok and KUSIKOHC as visual collaborators.

She goes by the name of, you already know. Widely known as the Queen of K-pop, CL is back with her newest single “Post Up”. The song is produced by Baauer and Holly, with lyrics written by Bonique and CL herself. “Post Up” serves as an introduction to the rapper’s new era and her upcoming album. The track and the video for the song is being released ahead of her newest album as a thank you to her fans, she states on her Instagram.

Prior to the release of the full clip, CL has released 6 video teasers and several photo teasers in which she gives a taste of how the visual direction of this new era will presumably be. In these teasers, the rapper is dressed in fresh and urban looks from upcoming designers like Dingyun Zhang and Paolina Russo, styled by Juju. For this new era of CL, the musician collaborated with photographer, Cho Gi Seok and Lee Hyein of KUSIKOHC for creative direction. 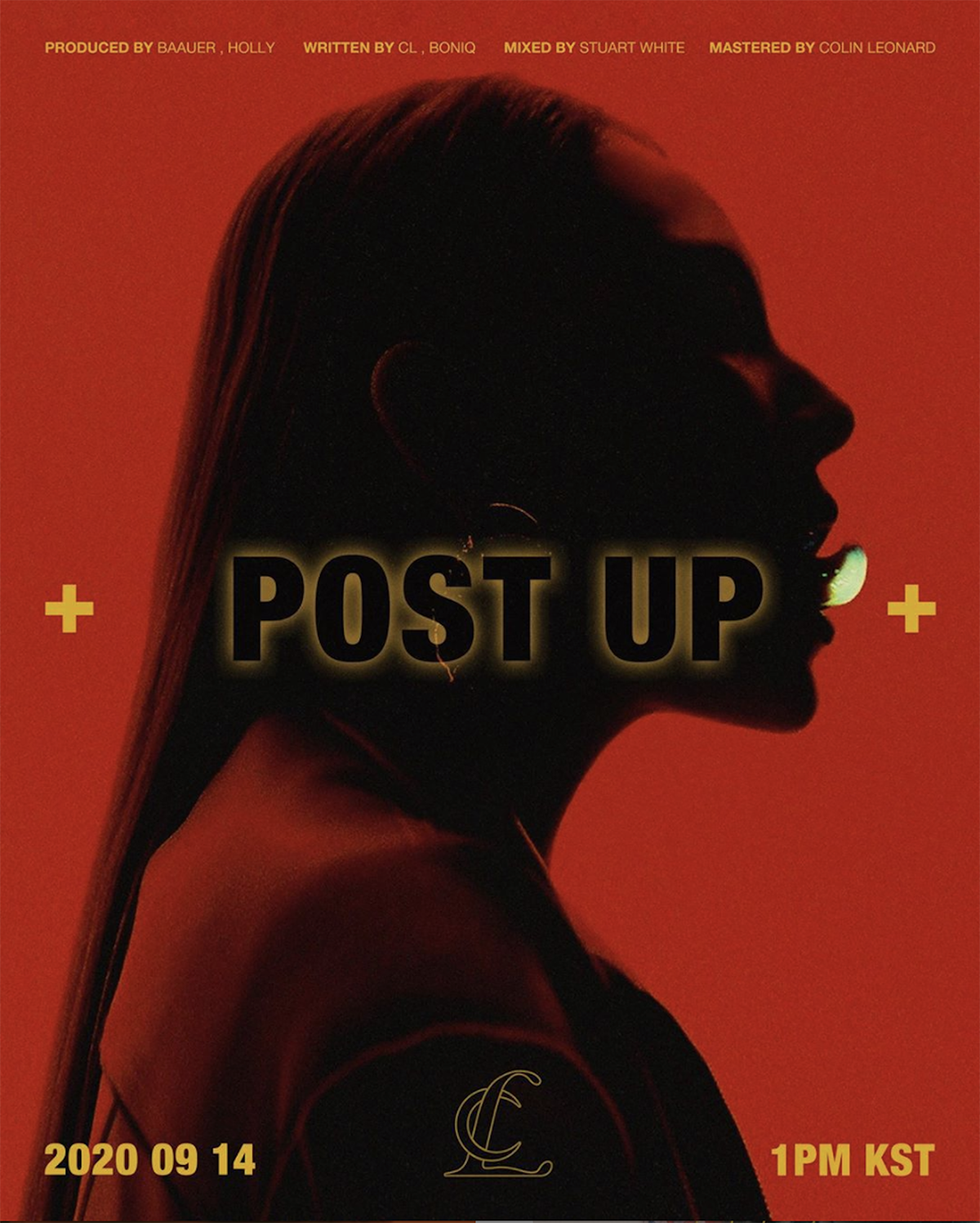 Cho Gi Seok is known to be a photographer with a significant style in his photography in forms of how raw and authentic his subjects seem in the portraits as well as his use of colour and composition that is prevalent in his work. His work often uses flowers as decorative elements, which he finds as the most common synonym of beauty “I think [flowers are] the easiest thing to find that anyone around us can think of as beautiful,” he says to the British Journal of Photography. Although flowers weren’t present in his work with CL, like all of his other portraits, his vision of her definitely held its own narrative. Fittingly, the song presents itself as a rap track that highlights the rapper’s journey to becoming the icon she is today. “If life is a game, the mission is to level up. Even if I fall nine times, I’ll get up 10,” she raps, “2NE1 my past, my forever blessing. Now 2020 was next I’ll be just salivated.”

If the pre-release track is a foretelling of what’s to come in her next album, it’s likely this era will reminisce the stories of her past while anticipating what’s next for the rapper. With that being said, it was a well-thought decision to collaborate with a connoisseur of visual storytelling like Cho, to craft the visual imagery for CL’s long-awaited comeback. (Text Vanya Harapan)